Healthcare Consolidation and What It Means for Manufacturers

Rita Numerof discussed the recent trends in mergers and acquisitions, and points out that bigger doesn't neccisarily mean better... 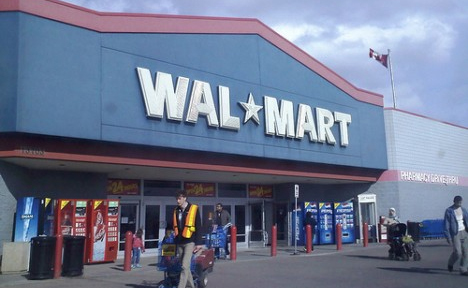 As has been true in years past, recent industry consolidation and attempts to leverage size and scale are being used to stave off competitive threat.

In the 1990s, hospitals and systems embarked on massive affiliations and buying sprees.  Independent hospitals fled to the safety of systems. Hospitals scooped up primary care practices as a defensive maneuver to protect the referral base for lucrative specialty services.  A great many of those ventures didn’t pan out as expected.  Some hospital systems overpaid for the assets they bought.  Still others couldn’t get the productivity gains they’d envisioned, learning the hard way that employed physicians aren’t the same as private practice doctors, and managing small businesses requires a nimbleness and focus that most large, siloed bureaucratic institutions couldn’t master.  Not unlike other mergers or acquisitions across industries, the failure rate was quite high… frequently due to cultural incompatibility.

We’re likely to see a repeat of the 90s in the next 5 years unless better discipline is applied to the hard work of merger/acquisition integration.  We’re already seeing physicians exiting private practices in droves to become hospital employees.  But remember, getting the deal inked is typically the easy part!

What most healthcare systems, payers and manufacturers don’t realize, however, is that the real threat comes from not-in-kind competition. So scale and competitive consolidation that rely on the current business model will only offer temporary respite from the real disruptive innovation lurking around the corner.  Walgreens and Wal-Mart have already begun to take steps to sell insurance and offer retail healthcare services through in-store clinics.  Even supermarkets are dipping their toes into the healthcare business, capitalizing on convenience, price, choice and ease of use.

The Challenge for Manufacturers

These moves will have significant and likely negative implications for manufacturers selling into the delivery sector.  With size comes greater purchasing power and the ability to extract price concessions from manufacturers wanting to sell their goods and services into these organizations. Increasingly, we expect to see downward price pressure, accelerated consolidation, and fewer suppliers serving specific markets… a trend that began in earnest in 2010.  We expect to see hospitals broaden their efforts to limit the number of drugs in the formulary in each class, and to reduce the number of vendors for each device in an effort to contain cost. Unless manufacturers can demonstrate the economic and clinical value of their product in relation to alternative products and therapeutic options, the commoditization trend will accelerate.

Some industry observers, including Moody’s, see these shifts as good for the industry.  Moody’s suggests that insurers need to start thinking about themselves as a one-stop shop.  These kinds of moves, they argue, can enable greater competitiveness as they look to create networks of hospitals and doctors responsible for delivering and coordinating care in large communities.

It sounds a lot like the government’s plan for ACOs.  Unlike the government’s plan, this one is being initiated by the market and would be insurer driven rather than provider driven.  Like the government plan it erroneously assumes that bigger will be more efficient and effective.  But none of the players have created a new business model, so it’s unlikely that consolidation will result in a better solution. In fact Moody’s correctly notes that such consolidation will present fewer choices to patients in any given market, but they go on to suggest that size might result in a stronger system financially.  That strength, in turn, could deliver better quality at lower cost.  Given past history, it’s unlikely.

The problem with this approach is consolidation of power in some of the very institutions that have brought us to the brink.  Insurers have not been patient centered, let alone consumer centered.  Large delivery organizations have not been efficient, integrated or consumer centered.  They have been guilty of upcoding, of being opaque in their charges, adding unnecessary services, and their service processes haven’t generally centered on the patient/consumer.  Ownership by insurers, who are committed to reducing unneeded services, has the potential to address cost, but only if the fundamental business model of both sectors changes.  So far we haven’t seen demonstrations of such leadership.

Those large healthcare delivery organizations that have successfully mastered the challenge of managing variation in cost and quality -- like Kaiser, Cleveland Clinic, and Geisinger among others -- have invested millions of dollars annually in building IT infrastructure, but more importantly have committed to compliance to agreed-upon care paths across a broader continuum of care approach.  Such change is not for the faint of heart or conflict avoidant.

In some respects creating an ACO to achieve clinical and financial integration is naïve.  No one told Microsoft to acquire companies and combine under one umbrella… or J&J to become a diverse holding company with products ranging from baby shampoo and Band-Aids to complex medical devices, diagnostics and pharmaceutical and biotech agents.  Nor was Boeing directed to make all of the components of its new aircraft by itself.  Indeed, in every market, successful companies have engaged selectively and strategically with partners that shared a common vision.  Their strategic alliances, strategic partnerships or joint ventures succeeded or failed on the clarity of the vision, the rigor of execution, the commitment to a common purpose and shared culture.  None were successful because they were legally “mandated”.

So from our perspective, manufacturers can look forward to an increasingly hostile business environment, characterized by increased price resistance, decreased volume, challenges to market access, and growing demands for an economic and clinical value narrative that will justify each product over its competition, or in some cases, over nothing at all.

The implication for manufacturers is that it’s time to get clear on your Plan B. The margin potential of your core business is about to take a significant hit, starting (but not ending) with the excise tax beginning January 2013. Strategic thinkers are already diversifying their assets into adjacent market spaces with the profit potential to at least begin to make up for the impending gap.

Companies like Bayer, Novartis, Sanofi and GlaxoSmithKline are pursuing this strategy, acquiring companies in consumer health, generics, nutrition, eye care, animal health and more. In many cases, these acquisitions offer smaller but more predictable rewards, but that is one way out of the impending sector contraction.

It may well be that medical product manufacturers – and the public - will need to trim their expectations and hopes for health-altering breakthroughs in favor of shelter from the storm.

This month’s column is adapted from my new book, Healthcare at a Turning Point: A Roadmap for Change.  A book that outlines a market-based business model that aligns industry financing mechanisms with the goals of prevention, improved quality, and reduced costs for healthcare delivery and insurance, pharmaceuticals and devices, and for employers and consumers. This excerpt was taken from a chapter that discusses where things are headed next, from a macro-industry perspective.