In the first of a series of posts focusing on each of the ‘MINT’ markets, I take an in-depth look at the opportunities and challenges for pharma in Mexico. 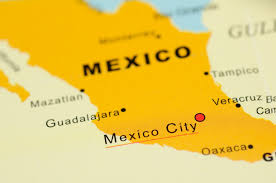 Buzz about Brazil (the ‘B’ in the ‘BRIC’ wave of emerging markets) has typically overshadowed the potential of Mexico, the second-largest pharmaceutical market in Latin America. However, recent years have seen significant changes to the Mexican healthcare system and regulations, which have led to pharma finally starting to sit up and take notice of the potential Mexico has to offer.

I believe Mexico is set to be one of the most exciting emerging markets for pharma over the next decade, because of its increasingly favourable regulatory environment and its regional importance.  In this month’s article, I am going to look at these factors and also consider where the greatest opportunity lies – public or private sector.

A number of regulatory changes have made Mexico more attractive to pharma.  Since 2008, foreign companies no longer need to have a plant in Mexico to sell products within Mexico, making it much easier for global players to enter the market.  While the market was once tightly controlled by a handful of distributors, pharmaceutical companies are increasingly able to sell their products directly to the growing chain retail pharmacies, cutting out the middleman. Mexico’s pharmaceutical regulator, COFEPRIS, has also implemented measures to improve transparency and has improved the conditions around intellectual property to eliminate ‘similares’ - non bioequivalent ‘copy’ drugs - from the market.

Mexico’s influence extends beyond its borders. It is important as a bridge, due to its close links with the US and the influence it exerts over other Spanish speaking Latin American markets. Norbert Oppitz, Senior Vice President Latin America, Nycomed Takeda, recently described Mexico as ‘a turntable for the region’.  As a result, Mexico is increasingly seen as a relevant location to conduct clinical trials.  COFEPRIS is particularly important from a regional perspective as it is extending its role to the harmonization of regulation with other Latin American markets.

Which sector offers the greatest opportunity?

Despite universal coverage, public sector opportunity is limited by bureaucracy and cost constraints. A key change to the Mexican healthcare system in recent years is the expansion of ‘Seguro Popular’, the government health insurance scheme, to cover almost all of the population. This has essentially doubled the number of Mexicans able to access healthcare. Universal coverage was finally achieved in 2012 but it has yet to translate into a doubling of the volume of the pharma market. Bureaucratic barriers obstructing the transfer of Seguro Popular’s funds to local health authorities have hindered growth so far. Moreover, under Seguro Popular, only a very basic formulary of pharmaceutical products can be reimbursed.

With about 50 million of Mexico’s 120 million population covered by Seguro Popular, most of the remainder are covered by one of a number of partially state-funded employee schemes. By far the largest of these is IMSS, a tripartite system funded by employee, employer and state.  Working in a similar way to a US HMO, IMSS has its own healthcare facilities, although the standard of these is variable.

Considerable unmet healthcare needs remain in Mexico, which has been described as suffering from the ‘dual disease burden’ of both communicable and noncommunicable diseases – a lot for any healthcare system to handle.  Diabetes in particular is a major health problem in Mexico, given that it is one of the fattest nations on the planet, with higher obesity rates than its neighbouring US. As a result, IMSS is under considerable financial strain, with pressure to contain costs resulting inthe implementation of measures to promote generics. This means the opportunity for pharma in the public sector is limited despite universal coverage.

The Mexican private sector accounts for almost 90% of pharmaceutical expenditure due to the greater prescription of branded drugs.  While only a minority of Mexicans are covered by private health insurance or can afford to pay out of pocket costs for private healthcare, Mexico’s private sector is booming, with ‘world-class’ facilities springing up in centres such as Mexico City, Guadalajara and Monterrey.  An important reason for this is an increase in medical tourism, notably from the US, where patients cross the border to take advantage of the huge differential between prices for healthcare services in the two countries, boosting the value of the Mexican pharma market beyond the local population.

In conclusion, Mexico is increasingly establishing itself on pharma’s radar, with its influence increasingly extending beyond its borders to wider Spanish-speaking Latin America. In order to take advantage of its opportunities however, pharma is likely to focus on the private sector in the first instance, given the cost pressures, bureaucracy and promotion of generics which proliferate in the strained public sector.

Lowering the patient burden in clinical trials
Up close and personal: Reacting in a crisis - The Naji Gehchan story
Accelerating commercial success in CAGT