Most physicians are likely to overestimate their own patients’ adherence rates, according to a Healthprize survey. 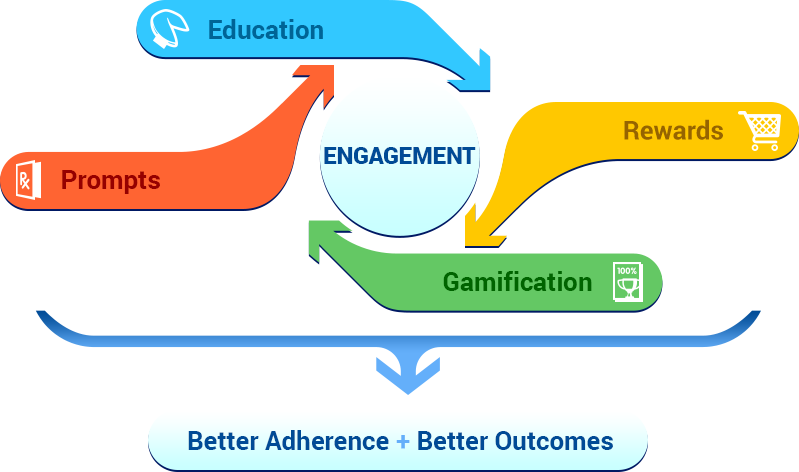 There’s still much work to be done in the adherence world, from measuring adherence to understanding the risk factors to intervening in the face of nonadherence.

As a neurosurgeon, I was commonly summoned to the emergency department to evaluate patients with spontaneous bleeding in the brain. One of the most frequent causes of this dangerous condition in older patients is long-standing hypertension and, in particular, poorly controlled hypertension. And, a typical reason for poor blood pressure control is, of course, poor adherence to anti-hypertensive medications.

Given my position at the end of the line in this otherwise slow-motion process that develops over years (with a gradual weakening of the blood vessels exposed to excess pressures), I often felt somewhat demoralized. Surgical intervention is rarely recommended, so my role was more custodial in nature while patients were stabilized in preparation for discharge to a rehabilitation facility or a nursing home.

I wondered how many of these bleeding events could have been prevented with greater medication adherence and, therefore, better blood pressure control.

Primary care physicians, of course, are even closer to the problem. They are the ones diagnosing the hypertension, prescribing the medication, and following up over the years. They understand the role of adherence in clinical outcomes. But what are their thoughts as to the severity of the problem? What do they think about the possible adherence solutions?

To gain some insights into the physician’s view, my company, HealthPrize, commissioned SurveyHealthCare to conduct a survey of 100 primary care physicians and asked them questions regarding adherence to medications for diabetes, hypertension and high cholesterol.

Perhaps one of the most interesting findings was that our respondents’ estimates of their own patients’ medication adherence rates were more optimistic than published reports in the medical literature.

Whereas published studies based on large-scale electronic prescribing databases demonstrate that anywhere from 15% to 30% of patients fail to fill a new prescription even once (“primary nonadherence”), over a third of physicians felt that the primary nonadherence rate in their own practices was less than 10%.

And regarding non-persistence, or failure to continue to refill, published studies show that across a number of primary care chronic conditions, about 50% or more of patients new to therapy quit refilling within the first 12 months. Among our respondents, however, only 14% felt that their own patients had such significant rates of non-persistence.

Do they know which patients are actually filling their prescriptions? Or, are they relying on patient self-reporting, guessing, or not even considering the question?

Which leads to the questions: are physicians receiving objective adherence data on their patients? Do they know which patients are actually filling their prescriptions? Or, are they relying on patient self-reporting, guessing, or not even considering the question?

Twenty-three percent of physicians reported not receiving any adherence data on their patients. The remaining physicians do receive some form of adherence data from a number of sources, but then one wonders: what do they do with the data, and how do they feel about it?

When asked how they felt about receiving prescription fill data, 24% of physicians selected the response, “I don’t want any more data. I already have enough data to deal with!” Twenty-five percent responded, “I am interested, but worried that I can’t do anything to influence it” and 44% felt “It is helpful. I am able to spend more time on adherence counseling or other interventions with nonadherent patients.”

To gain insight into their views on adherence interventions, we asked physicians to assign a level of influence—or potential influence—to a number of varied interventions, offering 3 levels: “weak or no influence,” “moderate influence” and “strong influence.”

Although this sample of physicians’ relative lack of faith in the influence of education may, at first, be surprising, it does point to an acknowledgment that adherence is often more of a motivational problem than an educational one. Just as patients often understand the benefits of exercise or healthy eating, yet fail to follow through, most patients do likely understand that the goal of a blood pressure pill is to lower blood pressure and decrease the chances of, among other things, a heart attack. Similar to other healthy behaviors, however, the taking of a chronic medication is often psychologically challenging in the absence of any immediate benefits.

The fact that rewards were granted equal weighting to discounts in the minds of physicians is also potentially an acknowledgment of this motivational barrier in medication adherence. Rewards can offer a needed motivational boost. Clearly, cost is a barrier to adherence for some patients, pointing to the importance of cost reductions. However, we also know that adherence typically remains poor even in the face of free medication.

We also asked physicians what percentage of daily doses they believe a patient needs to take over time to receive the intended clinical benefit of their medication (again, with a focus on diabetes, hypertension, and high cholesterol). In much of the adherence literature, a somewhat randomly chosen benchmark of 80% or 0.8, as measured by medication possession ratio (MPR) or proportion of days covered (PDC), is used to designate patients as “adherent” or “fully adherent.”

But is that 80% target too low, or even too high? Although it’s not an exact science (at least not yet), what do physicians think of this desired goal? Twenty-five percent of respondents chose this standard “80%” metric, but 42% chose “90%,” and 27% chose percentages less than 80%.

Clearly, there’s still much work to be done in the adherence world, from measuring adherence to understanding the risk factors to intervening in the face of nonadherence. But at least we’re starting to ask the right questions.

Dr. Katrina Firlik is co-founder and chief medical officer of HealthPrize Technologies. Prior to founding HealthPrize, Katrina was a neurosurgeon in private practice at Greenwich Hospital in Connecticut, and on the clinical faculty at Yale University School of Medicine. In addition to her scientific publications, Katrina is the author of Another Day in the Frontal Lobe:  A Brain Surgeon Exposes Life on the Inside. Twitter: @KatrinaFirlik