Could this ONE IDEA increase your sales by 10X?

Before you are influenced by others, you must know their why. 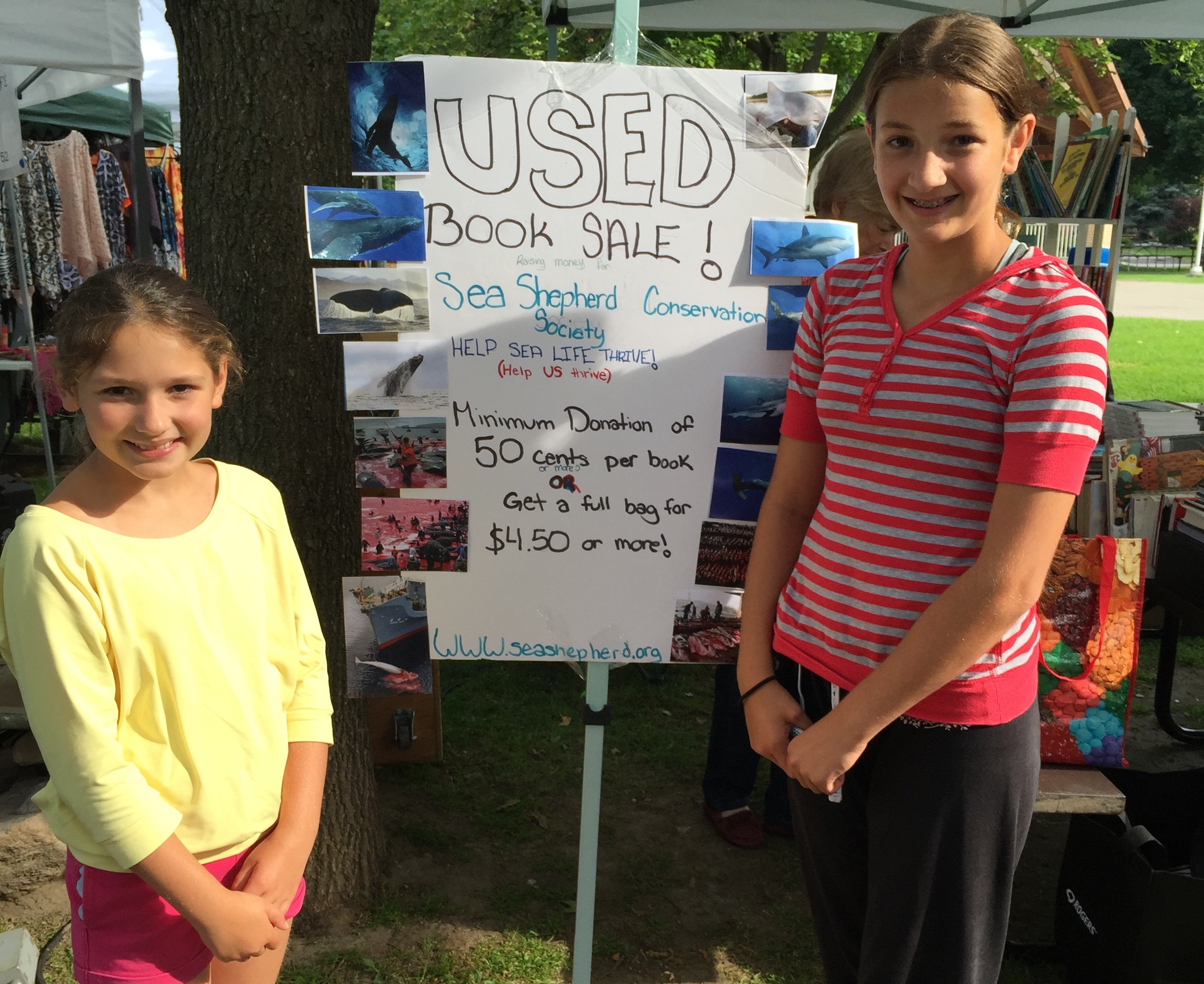 It began when my 12-year old daughter Brooke set up a booth at the market to raise money for a charity – The Sea Shepherds. After watching a video in class about shark de-finning, she couldn’t get her mind off stopping the abuse of sharks. Something had to be done! Since she didn’t have time to head out to sea between soccer games, piano lessons and school, she created an alternate plan. She would collect used books from our neighbors and sell them at the farmer’s market.

During the course of the half-day at her booth I served as her chief book Sherpa. Mostly though, I just sat and watched, which is when the social experiment revealed itself to me. As Brooke’s interactions with the book browsers changed throughout the day, so too did the donations.

Early on, she was hesitant to chat with people so she didn’t explain her motivation or the cause for which she was raising money. After a bit of coaching, she tentatively shared her story. As she warmed up and gained confidence, she fell into her groove and colorfully shared her story and her passion for the cause.

The jar for donations had a sign on it suggesting a minimum 50-cent donation for a book. For the early shoppers who didn’t hear her story, many just browsed and walked away. The jar remained empty. For those who found a special treasure, they gave the exact suggested donation—50 cents. It was a simple transaction. Her goal of $250 seemed unattainable.

As the day progressed and she started sharing her story, shoppers were donating at least $5 – 10 times the suggested donation! Often they would even give $10 or $20 to the cause! The jar was filling up! Some would share ideas of how to serve the charity while they told their story of why it was important to them. Others didn’t seem particularly passionate about the cause (apparently some people don’t have a soft spot for sharks!) but donated because they were moved by her passion. People are inspired by those who are inspired.  From time to time, she got tired of telling her story and just sat and watched people. When she did, the donations went right back to the 50 cent minimum.

A common denominator of all the people in our farmer’s market experiment was their curiosity. People wondered about her motivation, and rightly so. Before you are influenced by others, you must know their why. Why are they doing this? What’s in it for them? Can I trust that they have my best interest in mind too?

So how does this little social experiment relate to us in pharma? I once heard a pharma trainer say to her class, “Lean in close. I have a secret for you. The doctors know why you are there!”  What was she referring to? She was suggesting that doctors believe that the only reason we’re in their office is to sell more scripts, to increase market share, to make bonus or maybe even earn our incentive trip… at any cost. They will presume, rightly or wrongly, that they know our motivation. All the stories they read in the media about ‘bad pharma’ are in the background shaping their perception. It’s up to you to serve differently and change their beliefs about your motivation.

So why are your people in the doctor’s office? If it’s really just about the dollars, I suggest you are missing out. If you want better results (not to mention greater engagement) I challenge you to think deeper and find the higher-level meaning in what you do and help your people to do the same. You could have chosen any industry but you chose healthcare. Somewhere deep down, did it feel good that your efforts would contribute to improving lives?

No matter what your role is in pharma; from janitor to CEO, you are contributing to better patient outcomes. The most successful pharma people have proven to doctors and patients that they are there to help improve lives.

The work we do is noble.

We improve our world.

We push the human race forward.

We make a difference!

And by focusing on patient outcomes and communicating your ‘why’, you will see the same results my daughter saw; more collaboration, more engagement, more partnership and…. more money! When we do good, we do well!

Jill Donahue and John Elliott are on a mission to help lift pharma - to build sales faster in a patient-focused way. They are the creators of the award-winning program EngageRx: The 3 Keys to Patient-focused Growth for pharma professionals. If you’re curious about EngageRx, you can receive their free teaching videos or connect with Jill and John on Linkedin or Jill on Twitter.