To what extent can Big Pharma expect to face an increasing challenge from globalizing pharmaceutical companies based in emerging markets? 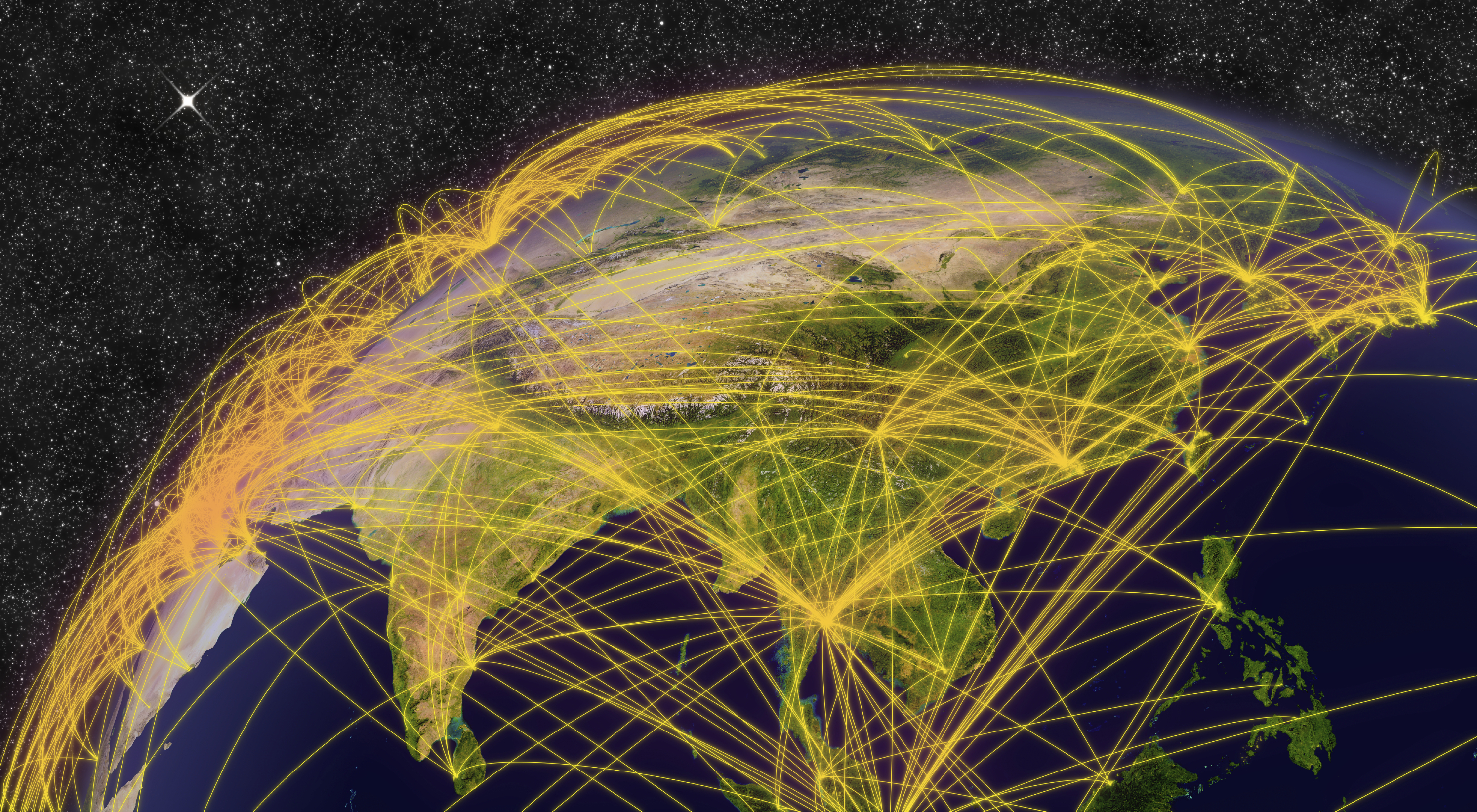 If we take a look at the top 50 pharmaceutical companies of 2013, they are mainly headquartered in North America (18), the EU (18) or Japan (9). Teva (Israel), CSL (Australia) and Aspen (South Africa) are notable exceptions, with the Indian generic giants Sun and Ranbaxy - which have since merged - the only representation from the ‘BRIC’ markets (Brazil, Russia, India and China). In ten years’ time, will more ‘home-grown’ emerging market companies feature on this list?

In this article, I will explore and compare the directions the domestic pharmaceutical industries of South Korea, China and Brazil have taken in recent years, and consider what threat, if any, each poses to established pharmaceutical companies on a global scale.

South Korea is the clear frontrunner of these three markets, in line with its more advanced economy. With the world’s thirteenth largest economy, there is some question as to whether South Korea can still be considered an emerging market. It was officially reclassified as a developed economy in 2010 and is one of the most technologically advanced, hyper-connected countries in the world.

By 2020, the South Korean government is hoping to capture 22% of the global biosimilars market and has set itself the ambitious goal of developing 10 new global drugs.

South Korean biotechnology companies have already started going global, as companies such as Celltrion make a name for themselves in biosimilars – an eagerly anticipated global growth market. Celltrion’s Remsima, a biosimilar of Remicade, became the first monoclonal antibody to be developed worldwide. Remsima looks set to be just the first of a new wave of South Korean biotech exports to make a big splash on the global stage. By 2020, the South Korean government is hoping to capture 22% of the global biosimilars market and has set itself the ambitious goal of developing 10 new global drugs.

What is behind South Korea’s success?  Government support for the industry has been critical. The ratification of a free trade agreement with the US, the first such agreement between the US and any major Asian country, will be instrumental in facilitating exports. A similar arrangement already exists with the EU, and deals are underway to broker such an agreement with China.

Until recent years, Korean pharmaceutical companies primarily focused on producing generics, health supplements or traditional Korean medicine (TKM) products. In January 2012, aggressive price cuts were imposed on generic drugs, with the dual aim of both reducing government spending and encouraging domestic pharmaceutical companies to pursue more innovative strategies. Domestic generics companies, facing less protection and increased local competition from Indian and Chinese manufacturers, have either suffered or been forced to branch out into other areas, including conducting their own R&D.

In parallel, the government has been aggressively investing in the biotechnology space. Regulatory guidelines and funding were introduced in 2009 to expand South Korea’s program of biosimilar development, with domestic companies such as Samsung also channelling private investment in this market. The logical next step from developing biosimilars was the exploration of developing innovative ‘biobetters’ – a number of which are in the pipeline of Korean companies such as Green Cross and HanAll biopharma.

There appear to be limits to what South Korean pharma is capable of achieving on a global scale. They have limited expertise in conducting trials outside of South Korea as well as a preference for seeking strategic alliances or commercialization partnerships when entering new markets. However, with the label ‘Made in Korea’ conveying high quality, rather than low cost, there is huge potential as an export market.  The stage is set for South Korea to play an increasingly important role in the global biotechnology industry.

To what extent though are other emerging markets, such as China and Brazil, poised for similar success?

China’s domestic pharmaceutical industry, while capturing a significant share of the growing Chinese market due to its low prices, has long been associated with questionable quality.  A number of scandals have tarnished the image of Chinese-made pharmaceuticals in recent years, for example the deaths of 17 babies who received locally-manufactured hepatitis B vaccines in 2013. As a result, those who can afford to purchase a foreign-made product often opt to do so, for guaranteed efficacy and quality assurance.

The Chinese government is striving to change the industry’s image and stimulate growth. A shift from state run conglomerates to private companies is underway. The long term ambition is to shift the focus away from imitation (cheap generics) towards R&D-led innovation and biotechnology, similar to the blueprint followed by South Korea.

The Chinese market is in itself the third largest in the world and growing, given it is home to 1.6 billion people with increasing affluence and increasing healthcare needs, not least due to its rapidly aging population. Chinese companies have an eye to the potentially lucrative opportunities associated with exporting their products to other middle income countries. So far, China’s export of pharmaceuticals has been held back by challenges associated with meeting strict regulatory and quality hurdles in other markets. However, there has been a move to overcome these by obtaining international certifications for pharmaceuticals. In the vaccine market, for example, there has been a push to get Chinese-made vaccines prequalified by WHO, which allows their manufacturers to bid on tenders for the supply of vaccines to other markets.

To address quality concerns and pave the way for international export opportunities, new Good Manufacturing Processes have been issued by the Ministry of Health and the SFDA (China’s regulatory agency) to demonstrate that its regulatory capabilities meet international standards. For Chinese pharmaceutical companies, maintaining their competitive prices has been challenging in the face of the increasingly rigorous standards they now have to meet in order to compete. To date, innovation among Chinese companies has been held back by lack of expertise and the slowness of approval by the SFDA. However, China benefits from relatively low operating costs, and its life sciences industry has recently enjoyed an influx of venture capitalist investment. Some of this is focused on addressing diseases that are particularly common in the Chinese market, such as gastric cancer.

If China is to become a major global player in the pharmaceutical industry, it still has some way to go to shake off lingering associations of inferior product quality. For generic manufacturers, competing globally will necessitate striking a balance between increasing quality to meet international standards without compromising prices or profitability.

The result is a much more favourable view of domestic pharmaceuticals than in China; 80% of consumers consider similares to be at least as good as originator brands.

Brazil’s pharmaceutical industry, as with China, has benefited from a large domestic market which has increased its expenditure on health in recent years. The sales value of Brazil’s pharmaceutical market is second only to China among the emerging markets. Importantly, the Brazilian government has expended a lot of effort on addressing quality concerns of ‘similares’. Similares are locally-manufactured, branded drugs deemed to be pharmacologically equivalent to the originator drug. Originally, these did not require bioequivalence data. The 2010 Generic Drugs Act required all registered similares to meet the same bioequivalence standards as generics. The passing of this act was combined with heavy promotion of similares in Brazilian pharmacies. The result is a much more favourable view of domestic pharmaceuticals than in China; 80% of consumers consider similares to be at least as good as originator brands. A number of local generics and similares manufacturers have been acquired by foreign players, as part of a strategy to expand their presence in Brazil. The 2012 Takeda acquisition of Brazilian company Multilab is an example of this.

The Brazilian government has recognized that the growth of the domestic pharmaceutical industry will require more than just manufacturing high quality generics. As in South Korea and China, there is also a desire to increase exports of Brazilian pharmaceuticals – particularly to other Latin American markets and middle income countries. The Brazilian government recognizes that in order to not just compete on price it must pursue a strategy of innovation. In an attempt to facilitate this, they recently launched a federal plan of innovation in health, Inova Saúde (‘Innovate Health’). Part of a bigger plan aiming to boost the production and competitiveness in Brazilian industry through technological innovation, Inova Saúde plans to invest almost US$ 1 billion into health technologies in the years leading up to 2017.

Investment in R&D has historically been low; in this respect Brazil played to its strengths – focusing on tropical diseases present in the region which have largely been neglected by the developed world. While Brazil is undoubtedly a world leader in research in this field, with 18% of global share of scientific output, the potential to commercialize this has been limited. However in the last decade, Brazil has widened its research focus; the country now accounts for more than two thirds of South America’s entire research output, and this is growing at three times the global average. Fields such as regenerative medicine are growing, with important clinical trials involving stem cells having taken place in Brazil in recent years.

Another strand of Inova Saúde reflects the Brazilian government’s strong desire to decrease its dependence on high cost pharmaceutical imports, by initiating technology transfers established through partnerships with foreign companies. This has especially been the case for vaccines and biotechnology products. For example, the arrangement between GSK and Fiocruz Brazil for the production of key paediatric vaccines for diseases affecting Brazil’s population.

Despite concerted and ongoing efforts to decrease reliance on imported pharmaceuticals, Brazil’s potential to globalize its domestic pharmaceutical industry is hampered by bureaucracy and red tape. Doing business in Brazil is challenging – it ranks 126th in the world (the lowest of all major Latin American markets) in terms of ease of doing business.  Funding for research is often inconsistent, trade openness remains low, and as in China, regulatory processes are lengthy and there is a lack of transparency.

In addition, there is the potential for global discrimination. While Brazilian pharmaceuticals don’t have the image problem of those ‘made in China’, at a global level Brazil is not widely perceived as a country at the forefront of cutting edge scientific innovation. As a result, some Brazilians claim products developed in Brazil find it more challenging to gain global consumer confidence than those developed in more established markets.

It is clear that increasing efforts are underway to foster a culture of innovation in emerging markets, as this is a key strategy in order to expand their presence beyond their home market. However, for emerging market companies to become globally successful there are challenges to overcome at a number of levels – government support is critical, and the paradigm of innovation being concentrated in the developed world needs to be challenged.

Marc Yates is Director of Emerging Markets at Research Partnership and has 30 years’ experience of market research, specializing in healthcare research since 1996.

He spent 15 years in Asia, originally based in Shanghai, then Hong Kong before moving to Singapore.

In 2011 he relocated to London to take on a broader Emerging Markets role. Marc is a regular speaker at industry events and has presented papers on Emerging Markets at EphMRA and PBIRG conferences.

Research Partnership is one of the largest independent healthcare market research and consulting agencies in the world. Trusted partner to the global pharmaceutical industry, we use our expertise and experience to deliver intelligent, tailor-made solutions.

We provide strategic recommendations that go beyond research, helping our clients to answer their fundamental business challenges. Find out more at researchpartnership.com