For the Common Good

Pat Andrews has been involved in some major industry contributions over two decades and now faces new opportunities with a pioneering R&D company, Boston Biomedical. 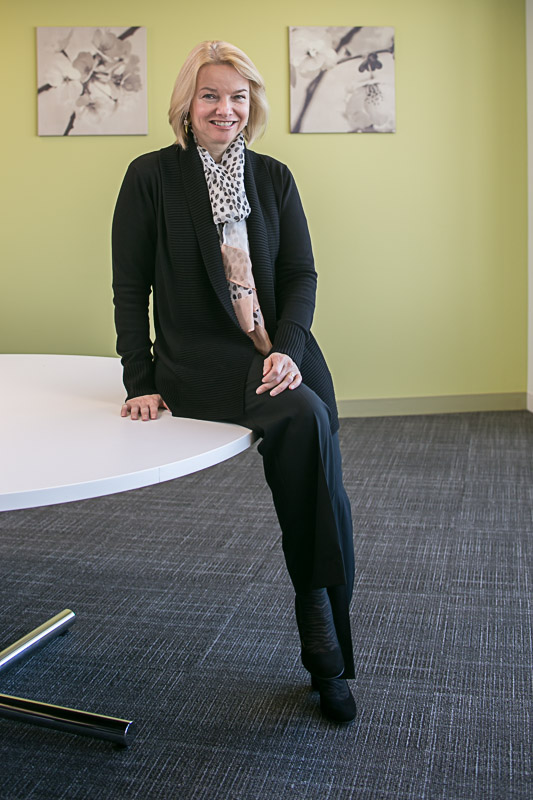 After earning her MBA in Finance from the University of Michigan, Pat Andrews joined what would become HSBC in New York City.  Her experience in highly leveraged corporate restructuring was exciting but she wanted something more.  Now Chief Commercial Officer at Boston Biomedical, she recalls: “I wanted to be involved in something that contributed to the common good by improving people’s health and wellbeing.” She realized early in her working life that the world of monetary transactions was not going to be right for her over the long term, and so moved to a new start with Pfizer in its Corporate Strategic Planning group. Andrews was at the pharmaceutical giant in various roles for 17 years, working her way up the corporate ladder to Vice President and General Manager of the company’s then $900 million US oncology portfolio. “It was very fulfilling to be at the company,” she recalls. “Pfizer launched a number of mega-products during my time there". That work continues to be important, she says, because such products make up some of the "building blocks of modern medicine.”

It takes openness, respect and collaboration. Every issue can be overcome".

At the next stage of her career in pharma, she became Executive Vice President and Chief Commercial Officer at Incyte Corporation. Here, she transformed the US biotech from an R&D organization into a successful commercial enterprise, and launched Jakafi along the way. Her experience there amounted, she reveals, to the biggest test of her career at that time: building an organization with the ability to successfully bring an innovative compound to market. Jakafi was the trifecta: a first-in-class, first-in-disease, first-for-the-company launch.  “I learned I could trust my abilities even for challenges I hadn’t faced before”, she says.

“You can’t just add Sales and Marketing to R&D and become a commercial organization.There’s so much more that’s needed in underlying infrastructure: figuring out how to actually get the product from your manufacturer to patients, the type of patient support program to provide, how to build out the commercial technology necessary for data management and reporting, and so on. All of this is complicated, particularly with specialty drugs – and it is all created under a lot of time pressure.”

There are less tangible issues as well. “You need a very different culture in an R&D organization versus a commercial one, which most people don’t realize,” she says. Adding a commercial component to an R&D organization can be a difficult adjustment for some employees – and understandably so, since it changes the way they are used to working. The R&D world is essentially one of scientists exchanging information in a free-flowing and exploratory fashion. “But the commercial world is much more strictly regulated, necessitating a shift in the way you communicate with employees and customers.”

So how do you marry these very different worlds? “It takes communication, respect and collaboration,” says Andrews evenly. “Every issue can be overcome.” 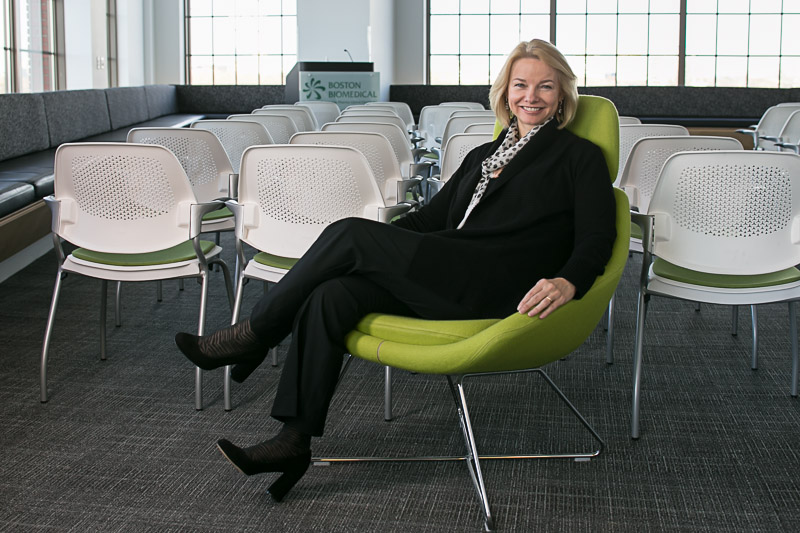 Andrews’ wide-ranging career gives her real insight into the significance of other cultural differences – for example, between large and small companies. “Large companies have many checks and balances, built up over years,” she says. “The success of small companies is highly dependent on the leadership that the CEO exhibits in the face of challenges. You are a tiny ship tossed on the ocean: a small bit of bad news can affect your stock price, funding or ability to attract talent. In a large company, you are more buffered. Small companies implement innovation more rapidly because they have to, creating and pursuing paths which are different from conventional wisdom.”

Though you don’t know the patients, they are very real to you.”

This brings us to Boston Biomedical, where Andrews joined in 2013 to establish the company’s commercial capabilities and ensure the successful launch of its portfolio of innovative cancer treatments. “The company is a pioneer in unknown territory,” she enthuses. “That’s very exciting. We are not aiming for incremental improvements". A subsidiary of Japanese pharmaceutical company, Sumitomo Dainippon Pharma, Boston Biomedical specializes in drugs designed to target cancer stem cell pathways. “It is a bold approach,” she says. Cancer stem cells are a sub-population of cancer cells that are highly malignant and fundamental to cancer growth, recurrence and metastasis. They are highly resistant to current chemotherapies– so targeting them could provide real advances in treatment. The company’s most advanced candidate, BBI608, is in Phase III development for metastatic gastric cancer and is being studied in other diseases.

This area of innovation certainly aligns with Andrews’ desire for doing something from which many people may feel the benefit. “A lot of people in specialty areas are passionate about what they do,” she explains. “Though you don’t know the patients, they are very real to you.” However, the challenge is considerable. “There are many things happening in oncology which are exciting,” Andrews continues. “But cancer is crafty, signalling through many pathways, figuring out how to mutate and become resistant to drugs. It’s also a challenge to target a bad cell without killing a good cell.” While optimistic, she is also realistic about how far the science of medicine has managed to move the dial towards curing cancer. “There’s great progress in certain cancers,” she begins. “But on a scale of 1 to 100, where 100 is ‘cure’, where are we? There’s still a long way to go, and the pharmaceutical industry will help get there.”

You need to articulate a vision so others understand it and want it too".

Given how heavily smaller companies depend on their boss, what sort of leader is Andrews? To describe her philosophy, she quotes former US President Dwight D. Eisenhower: “Leadership is the art of getting someone else to do something you want done because he wants to do it.” She expands a little on this idea. “You need to articulate a vision so others understand it and want it too.That can be easier in a smaller organization because everyone knows something about everything that is happening. The more people you have to align, the harder it becomes to get alignment.” However big the company, you have to try and pull people in the same direction because “it’s so much easier when everyone’s working together.” She feels she is an effective leader when she works with “people who know what and why they are contributing to the success of the company and are passionate about it.”

There is another element which every successful leader needs on their side, however. Napoleon – like Eisenhower a warrior-statesman – used to ask about his generals: “But is he lucky?”

Very few people are so good on their own that they don’t need other people to succeed".

“Luck plays a role in a lot of things,” Andrews agrees. “What were your parents like, did you grow up in a supportive environment, were family finances stable, was everyone healthy, did you interview for a job at a time they needed someone like you, and so on.” But while denying luck’s importance would be a mistake, it is also necessary to see it as only an element of the whole. “That said: hard work, inspiration, commitment, integrity, treating people well and recognizing you don’t know everything are really important,” she insists. “So it is definitely a mixture, but luck does play a major role. Very few people are so good on their own that they don’t need other people to succeed. ”Success is measured by the results you achieve. “Did you get done what you needed to get done?” she asks.

Andrews thrives in leadership roles, but is clear-eyed about the fact that the industry she has chosen to be a part of is beset by reputational challenges on many sides. “The industry has made some mistakes,” she says, “but the reality is that we have witnessed a staggering number of achievements that are fundamentally changing the way we view life-threatening diseases. Drugs can give you back good health.”

A variety of dilemmas come with her job, since getting those drugs to market often requires making difficult decisions regarding which conditions are prioritized. It is a tough one, she acknowledges, concluding: “There are no right answers. Just specific circumstances.” So, back to that first question about motivation to join the pharma industry. Does Andrews still aspire to contribute to the common good? “Absolutely,”she says. “As soon as someone has a serious health issue, getting their health back becomes the priority in their life, and this industry has, and will continue, to help do that.”