This month Kevin explains why satisfaction is now pivotal to a successful marketing strategy, and how the power of word of mouth can manage customer expectations and improve your brand reputation. 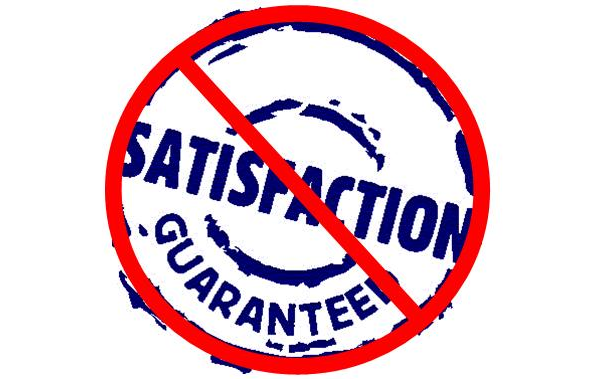 Last month I wrote about the importance of customer satisfaction in patient support programs, pointing out that the direct key to success is generating satisfaction for all customer groups: patients, prescribers, payers and providers.  That all might seem pretty self-evident, but I continue to assert that the pharmaceutical industry, being fundamentally a goods-based industry, simply isn't used to thinking along these lines.

For one thing, pharmaceutical execs aren't very well aware of the mechanisms of satisfaction.  So this month, I figured I would once again take out my professor hat (I really should get an actual professor hat... something very staid and unfashionable) and run through a few key points about satisfaction.

The first point is to consider how, exactly, we decide whether we're satisfied with a good or service.  The thing to keep in mind here is expectations.  We are satisfied if what we have received corresponds to our expectations and we are dissatisfied when we feel that it doesn't meet those expectations.

This is the case for both goods and services, but there is a particular point with services: because they generally are more difficult to evaluate, being intangible, both expectations and the perception of the service delivered are more fluid.  In order to understand the reasons behind satisfaction and dissatisfaction, therefore, you really do have to get a firm grasp on what, exactly, those expectations are, and how they are formed.

A number of factors influence our expectations about a service.  Key among these is past experience with similar services, word of mouth, and the company and its competitors' own communications.  Each of these lead us to have a certain set of expectations about the service, and it's when we compare these to our service experience that we determine whether or not we're satisfied.

For example, I used to live in Hoboken, New Jersey.  This meant that for all things dealing with my driver's licence I had to go to the Department of Motor Vehicles in Newark.  Back then, at least, the service level at the DMV in Newark was roughly akin to that of the front desk in hell.  One time I had to go there to get my licence renewed and I only waited in the sweltering heat for three hours.  I was thrilled, I had expected to wait the entire day!

The services marketing paradox: you want to tell people how wonderful your service is in order to attract them to it, but by so doing you systematically decrease their satisfaction level

When you think about this it becomes increasingly evident why satisfaction itself is so much more important than any communications you might send.  Marketing communication is generally focused on convincing people that your offer is great.  In the case of services, though, this sets high expectations and almost automatically leads to a lower level of satisfaction.  This is the services marketing paradox: you want to tell people how wonderful your service is in order to attract them to it, but by so doing you systematically decrease their satisfaction level.  In essence, what you'd really like to say is "we're entirely mediocre, but try us anyway", so that when they do try the service, they approach it with low levels of expectation, therefore generating high levels of satisfaction.

Don't try that, by the way.

So how can you get people to try the service without generating unreasonable levels of expectation?  Through word of mouth.  Word of mouth will generate realistic expectations while carrying enough credibility to convince the customer to try the service in the first place and again, the way to generate positive word of mouth is by paying attention to quality and customer satisfaction.  In that context, measuring satisfaction becomes a marketing KPI.

If customer satisfaction is so critical, if it's your primary method of communication as well as the key benefit driver, then it should be clear that it is absolutely, indubitably, extraordinarily important to measure it.  But how?

The easiest way is simply to ask people whether they're satisfied.  That's a good start and is much better than nothing.  However, there are a lot of pitfalls with this.  If you ask a patient, for example, whether they are satisfied with a support program, you'll probably use a semantic scale, for example from one to ten.  At what point do you consider that someone is satisfied?  Greater than five?  Greater than six?  What about cultural differences?  An Italian who gives you a rating of six is undoubtedly far less satisfied than a Swede who gives you a six.

Some of the most complete research into services and satisfaction these last few years  has been carried out by James Heskett, Earl Sasser and Leonard Schlesinger.  One of their more interesting findings is how customer loyalty and referral rates trend with satisfaction levels.  They discovered the following relationship:

As you can see, in most cases, the positive impact of satisfaction, that is to say customer loyalty and positive word of mouth really only kick in at very high satisfaction levels.  The actual results vary with culture but the shape of the curve is consistent.  They also identified three "zones" on this graph: the zone of defection, in which customers are actively looking for an alternative; the zone of indifference, in which case they remain with the service out of inertia but could easily be persuaded to shift; and the zone of affection, in which they actively like the service and want to remain loyal.

In 2003 this idea was taken further by Fred Reichheld, who created the "Net Promoter Score" (NPS).  If what we're really trying to measure is the impact of satisfaction, why not measure it directly?  We know that loyalty and referral go together, so why not try to identify these three zones?  He developed a single number which is based on the simple question: "How likely is it that you will refer this service to a friend or colleague?"  This is typically measured on a scale of one to ten (highly unlikely to highly likely to refer).

The NPS is calculated by taking the percentage of people who respond nine or ten minus the percentage of people who respond one through six.  Those who give a seven or eight are not counted.  This roughly corresponds to subtracting those in the zone of defection from those in the zone of affection.  The NPS is therefore a number between 100 (everyone loves you) to -100 (everyone hates you).  Generally, anything under 0 is considered to be pretty bad, while anything over 30 is pretty good.

The NPS tends to be less culturally specific than straight satisfaction questionnaires and it is easier to benchmark.  For example, the credit card industry runs an average NPS of 25, whereas Amex scores 46 (the highest in the industry).

NPS is just one way to measure satisfaction for patient support services, but it is already seeing a good degree of acceptance.  J&J, for example, often uses it to measure the satisfaction of their patient support services and I'm sure many other pharma companies will follow suit.   NPS has its detractors, but its simplicity, comparability and relevance make it a very attractive approach.

Whether you use the NPS or some other measure, it should be evident why any type of service you may offer to your 4P suite of customers (prescribers, patients, providers and payers) absolutely must be the object of consistent, in-depth satisfaction measures.  Mick Jagger couldn't get no satisfaction, but your customers must if you want your service to thrive.