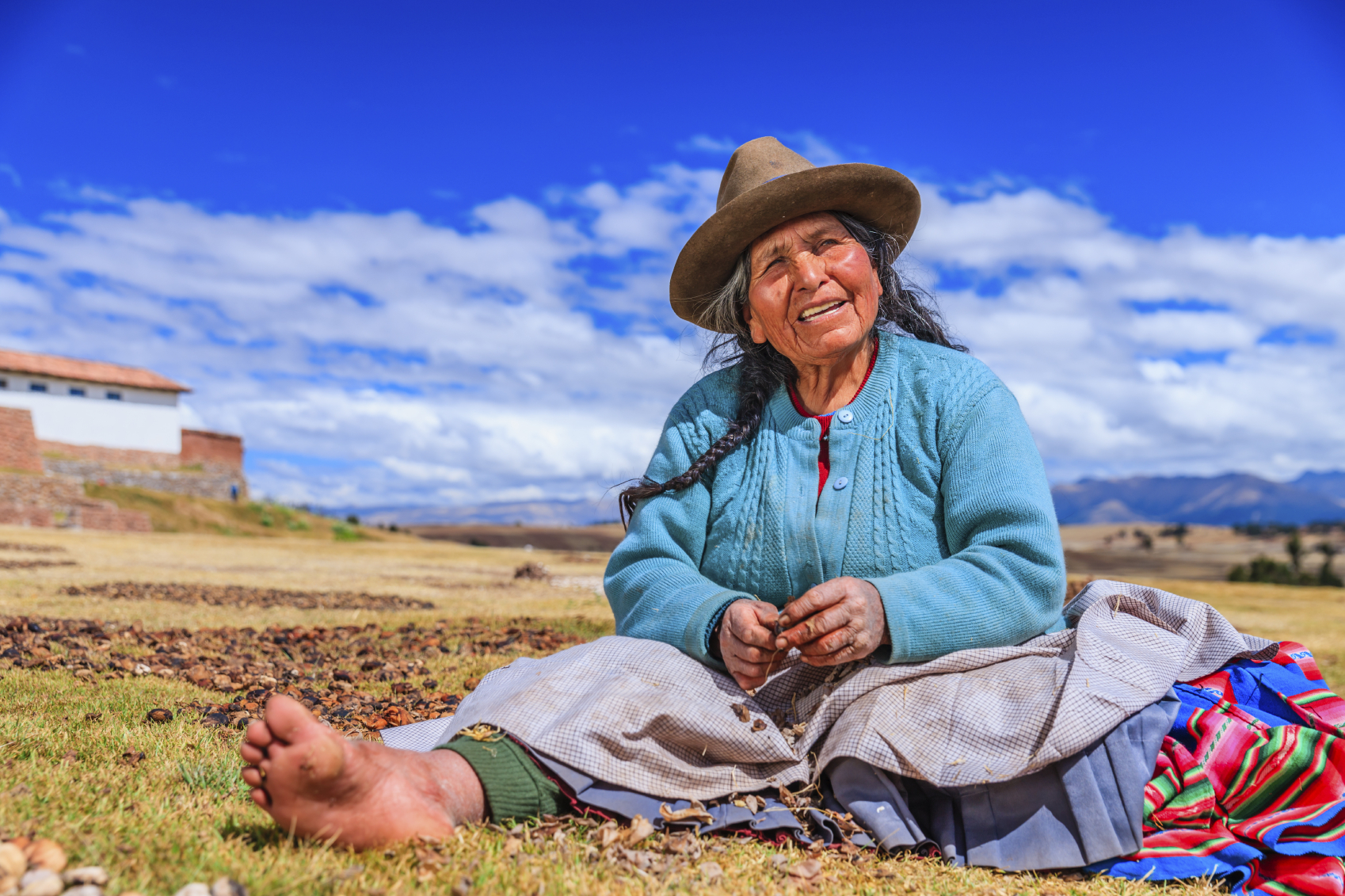 A high proportion of hepatitis C patients in Latin America that present to a doctor remain untreated (between 46% and 71% depending on the market).

During the course of my working life, hepatitis C is one of the therapy areas in which I have seen the most dramatic advances in terms of treatment.  It is definitely one of pharma’s success stories. It has experienced rapid evolution from interferon- and ribavirin-based treatment in 1998, through pegylated interferon-based regimens and protease inhibitors and on to the recent wave of direct-acting antiviral therapies available today. It would not be an exaggeration to say that these interferon-free treatment regimens, with high efficacy (Sustained Virological Response (SVR) rates approaching 100%), minimal side effects and short treatment durations, have the potential to revolutionize the treatment of hepatitis C.

This article considers a more complex reality; how the availability of such exciting new treatments does not necessarily result in a treatment “revolution” in many emerging markets. Specifically, I will explore this in the context of the interesting example of Latin America.

The Latin American region is estimated to have one of the lowest prevalence of hepatitis C around the world (estimated at 1.23% in contrast to the worldwide prevalence of 3.1%). There is, however, considerable variation both within and between countries; while almost absent from remote Amazonian and Andean communities, the prevalence of hepatitis C in larger urban areas is similar to other regions of the Americas and southern Europe. Moreover, the vast size of the continent’s population (approaching 600 million people) means it is not a market the manufacturers of hepatitis C therapies can afford to ignore.

Given the asymptomatic nature of the disease in the acute infection stage, the incidence of hepatitis C is hard to establish as it may be ‘silent’ for many years. Research Partnership has recently started tracking the hepatitis C market in key Latin American markets through our Therapy Watch syndicated research. A closer look at our Therapy Watch data reveals that in Latin America, this challenge is compounded by a number of cultural and infrastructural barriers that result in a high undiagnosed population across the region.

Firstly, there is an extreme lack of awareness about the disease among the Latin American population. A recent Economist Intelligence Unit report described hepatitis C as ‘the serious disease that most combines widespread prevalence with widespread ignorance’. It goes on to suggest that the scale of the epidemic in Latin America is only just becoming known. This lack of awareness impedes effective diagnosis, because people are not proactively getting tested. While screening of donated blood samples is routinely practiced, mass screening programs are scarce. Even high-risk groups are not being appropriately referred for testing.

Secondly, despite the commitment of many Latin American governments to make healthcare universally available, a section of the population are falling through the coverage gap and find themselves with  limited access to healthcare services. This is the case to a greater or lesser extent in all of the markets. In Mexico, for example, despite the  establishment in 2003 of ‘Seguro Popular’, a basic health insurance plan designed to provide essential services to the 50 million Mexicans who were not previously covered by any kind of insurance, approximately 4 million people (3.8% of the population) still lack any access to health services.

Even when patients receive a hepatitis C diagnosis, they face a number of hurdles before ending up on an effective treatment.  Our Therapy Watch data shows a high proportion of hepatitis C patients that present to a doctor remain untreated (between 46% and 71% depending on the market). While some of these are being temporarily “warehoused” (i.e. physicians are waiting for the new direct acting antiviral treatments to become available within their market / hospital), longer-term reasons include patient refusal and failure to follow up with physicians.

A key reason for hepatitis C patients to reject treatment in other emerging market regions, such as ASEAN and the Middle East, is stigma. However, there is considered to be less stigma associated with hepatitis C in Latin America than other regions, due to a lack of perceived association between ‘risky behavior’ and route of infection. This reflects data from our Therapy Watch that shows physicians estimate blood transfusion to be the primary route of infection; other causes such as intravenous drug use are only suspected in a minority of patients. Given stigma is not a major issue, a key reason for hepatitis C patients to refuse treatment in Latin America is related to attitudes to the disease. Latin Americans are broadly characterized as holding a short-term, somewhat fatalistic view of their health, taking each day as it comes. In the context of this, the nature of hepatitis C as a ‘silent’ disease can be hard for patients to take seriously. They can lack urgency to undergo treatment in the absence of symptoms, especially when the treatment options are themselves associated with difficult side effects, as is the case with interferon-based regimens. Instead, many patients delay visiting a doctor or put off seeking treatment until symptoms become severe and immediate.

Failure to follow up is often complicated by inadequate healthcare infrastructure. Many Latin American markets cover vast land areas, while hepatitis C specialist treatment centers are concentrated in a small number of major cities, such as Bogotá and Medellín in Colombia. Patients from outside of those major cities typically have to travel a long distance for follow-up consultations. When they are not being treated, even when actively ‘warehoused’, it is challenging for physicians to retain these patients. The challenge is exacerbated if patients themselves choose to put off dealing with their disease. This results in a large pool of untreated or previously treated patients who have ‘fallen off the radar’ and are not being actively followed up by the healthcare system.

There is a critical need to break down some of the barriers that are limiting the proportion of patients who are diagnosed and go on to receive treatment".

Access issues are also a barrier; over a third of untreated patients in Mexico do not receive treatment due to cost or reimbursement reasons. Seguro Popular patients frequently encounter barriers because the lack of resources and/or funds often result in stocking issues, which can cause treatment to be delayed.

In summary, despite the availability of increasingly effective therapy for hepatitis C, which now carries a fraction of the quality of life burden of previous treatment regimens, only a small proportion of those who are infected in Latin America actually receive these treatments. This is due to barriers at multiple levels. The first set of barriers are those that prevent or delay diagnosis; lack of symptoms, lack of screening, lack of medical coverage and avoidance of testing. The second set of barriers are those that prevent diagnosed patients receiving treatment. These include patients’ lack of urgency to be treated, inadequate healthcare infrastructure to ensure regular follow-ups for untreated patients, and financial / reimbursement / access issues.

If manufacturers of hepatitis C treatments are to maximize the opportunities in Latin America, there is not only a need to increase relative market share of their product among currently treated patients. There is a critical need to break down some of the barriers that are limiting the proportion of patients who are diagnosed and go on to receive treatment.

While global efforts to implement programs that can help to increase the awareness and improve diagnosis rates of HCV are increasing, there is still a long way to go, particularly in the Latin American markets. Some markets are further ahead than others in this respect, with the Brazilian Ministry of Health having a hepatitis management strategy in place that focuses on prevention and early diagnosis, strengthening the healthcare network and improving access to treatment.

Provision of education materials for patients to emphasize the potential long-term health complications that may arise from the disease may also be helpful in ensuring more of the continent’s patients seek and accept treatment".

There is also scope for pharma companies to offer ‘beyond-the-pill’ support initiatives to help those patients who are diagnosed. Demonstrating the need for greater psychological support for patients, a study conducted last year in Salvador, Brazil found that approximately 39% of patients considered hepatitis C to be a traumatic experience, with a high proportion of those individuals also suffering from Post-Traumatic Stress Disorder.  Provision of education materials for patients to emphasize the potential long-term health complications that may arise from the disease may also be helpful in ensuring more of the continent’s patients seek and accept treatment.

Constructing and delivering coherent value-based arguments about potential longer-term cost savings associated with these new treatments is, therefore, likely to be another critical facet of any pharma manufacturer’s strategy in the region".

Lastly, access remains a challenge for a high proportion of the hepatitis C population; despite the rapid improvements in coverage across the region. Particularly in relation to the challenges associated with funding the new wave of treatments, Latin American countries’ healthcare budgets are increasingly strained, putting pressure on governments to adopt the most cost-effective treatments. In Colombia and Brazil, lawsuits made by patients against healthcare providers to demand treatments are plunging the healthcare systems into crisis, with some healthcare providers close to bankruptcy as a result. Constructing and delivering coherent value-based arguments about potential longer-term cost savings associated with these new treatments is, therefore, likely to be another critical facet of any pharma manufacturer’s strategy in the region. The potential to offset the cost of a future liver transplant, despite a high ‘cost per pill’, would provide one such argument.

Hepatitis C Therapy Watch is an online physician survey in which 1,000 patient record forms per wave are collected in Argentina, Brazil, Colombia and Mexico, with Puerto Rico and Venezuela in the pipeline for Q3 2015. This provides real world data about hepatitis C patient profiles, warehousing of patients and treatment market shares.  The first wave of the study is already available with wave 2 currently in progress.