In order to stay fashionable in the mercurial and quixotic pharmaceutical industry of today, you need to blend in. 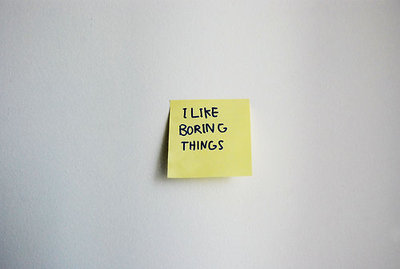 You don’t need me to tell you that the industry is staring apocalypse in the face. Drug budgets are being squeezed, procurement processes are becoming ever more opaque and byzantine in complexity, Ben Goldacre is writing nasty books about us, NICE are saying that all you need for any disease is a couple of aspirin, doctors are slamming their doors in our faces and being told by their bosses – the CCGs and the PCTs – not to touch any of us with anybody’s bargepole, let alone theirs.

The industry’s collective response to this has been predictable. It has crawled into a corner not to lick its wounds but to inflict further injury to itself. This has been twofold.

The first stage was to damn near dismantle its sales and marketing infrastructure to “address the challenges of the new healthcare environment” (and some such similar load of old bollocks). In brief this meant downsizing drastically.

The industry had swallowed the garbage being produced by various consultancies (I saw one slide courtesy of IMS Health that purported to show a direct correlation between the number of reps on the ground and sales) hook, line and sinker and was amazed that the Law of Diminishing Returns might have kicked in. It never occurred to certain CEOs that having more reps than patients coursing around the streets of Britain might be lacking in logic.

So then followed an endless procession of re-structurings that benefited the corporate wonks who were arch politicians and pissed off the talented professionals. Let’s face it, anyone with half a brain is going to feel undervalued if he/she has to reapply for the same job 7 times in 6 years as happened with AstraZeneca. So, the intelligent ones will say sod this for a game of soldiers, take the generous severance package and sling their hooks.

These were the days when the CEOs were ex-R&D people (the Tom McKillops and Richard Sykes of this world) who knew the best way to get results was to do whatever the investors wanted, shout a lot and sod the consequences.

They were replaced by the bean counters and lawyers (e.g. Jeffrey Kindler at Pfizer) and the second stage of self-harm swung into play.

In order to demonstrate to the world that the industry was new, improved, squeaky-clean, a new evangelism rose. Out would go the lavish and decadent profligacies of the past; in would come the new order. And its name was Puritanism.  And Puritanism would bring with it new Rules which would be Good.

There would be none of this nasty promotional nonsense that doctors hate so much. Instead there will be Education (which the small companies can’t afford but – hey – that’s the way the mop flops). Instead there will be focus on secondary care and payors (which saves the bother of having to pay for primary care sales forces which got us into so much bother ten years ago and – hey - that’s good for profitability).

And the Rules meant that the lower orders would toe the line. Boats would remain unrocked, fur unruffled.

And the new Lords of the Industry looked upon their creation and saw that it was indeed Good.

Except their survey of their creation was short-lived. Especially if you were Jeffrey Kindle. He was sacked – they sent two non-execs to intercept him at a transit airport in Ohio to ask for his company keys backs, for God’s sake – after two years of vacillating mismanagement where the only solid decisions he’d made were to remove the talented members of the previous team.

What was left was a bedrock of management that survived by being unremarkable and by brooking no activity by their subordinates that would attract any attention. To bolster this, they have swathed themselves in Codes of Practice and departments full of Sales Prevention Officers who will decide whether they like a particular colour, even though these rulings are not in their purview. But – hey – if you want that sales aid to go out, you’ll need the SPO’s signature on the Zinc form, won’t you?

So, to be good now, you have to be beige. You must blend in; don’t do anything notable.

I have in my proud possession a copy of MIMS from 1973. I keep it next to my latest copy from September 2012. From time to time I like to leaf through the veteran edition and look at the adverts in it. It is a source of massive disappointment that, save for the brand names, the ads are indistinguishable from their contemporary counterparts.

They are safe, bland and patrician. And they are boring. This is not the fault of the agencies that produced them; at the end of the day, a campaign is only as good as the brief and I have been at too many pitches to see sparkling, edgy ideas get group-thinked to pulp by the client. Invariably, it will be the senior marketer who will be shaking his head and sucking air in through his teeth because he doesn’t want the bother of trying to mix it with the Zinc signatories.

Therefore our promotion is being driven by the very people who have a vested interest in toning things down. Beige, therefore, is the new black.

Why do I care? Because, you need good promotion, relevant messaging that communicates directly with today’s audience and engages them in our brands and our propositions. Engagement means commitment at an emotional level as well as a practical one. If rationality was all that was needed, the industry would only need to send out copies of clinical studies to everybody and we would all be driving the same car.

But the industry has to be revolutionaries; we should be fighting for our patients. Some of the new on-line media from companies like GE Healthcare and Boehringer Ingelheim are rare beacons of light in an otherwise beige landscape.  But we still need modern campaigns that are arresting and not ones that look 40 years old. That will then make us more relevant to the prescribers. They may even start to like us again.