Aging in China: The Implications for Healthcare

China’s population has aged much faster than other populations, and this rapid aging poses challenges to healthcare, among which the most common are a surging healthcare expenditure and a rising difficulty in managing the 'iron triangle'. 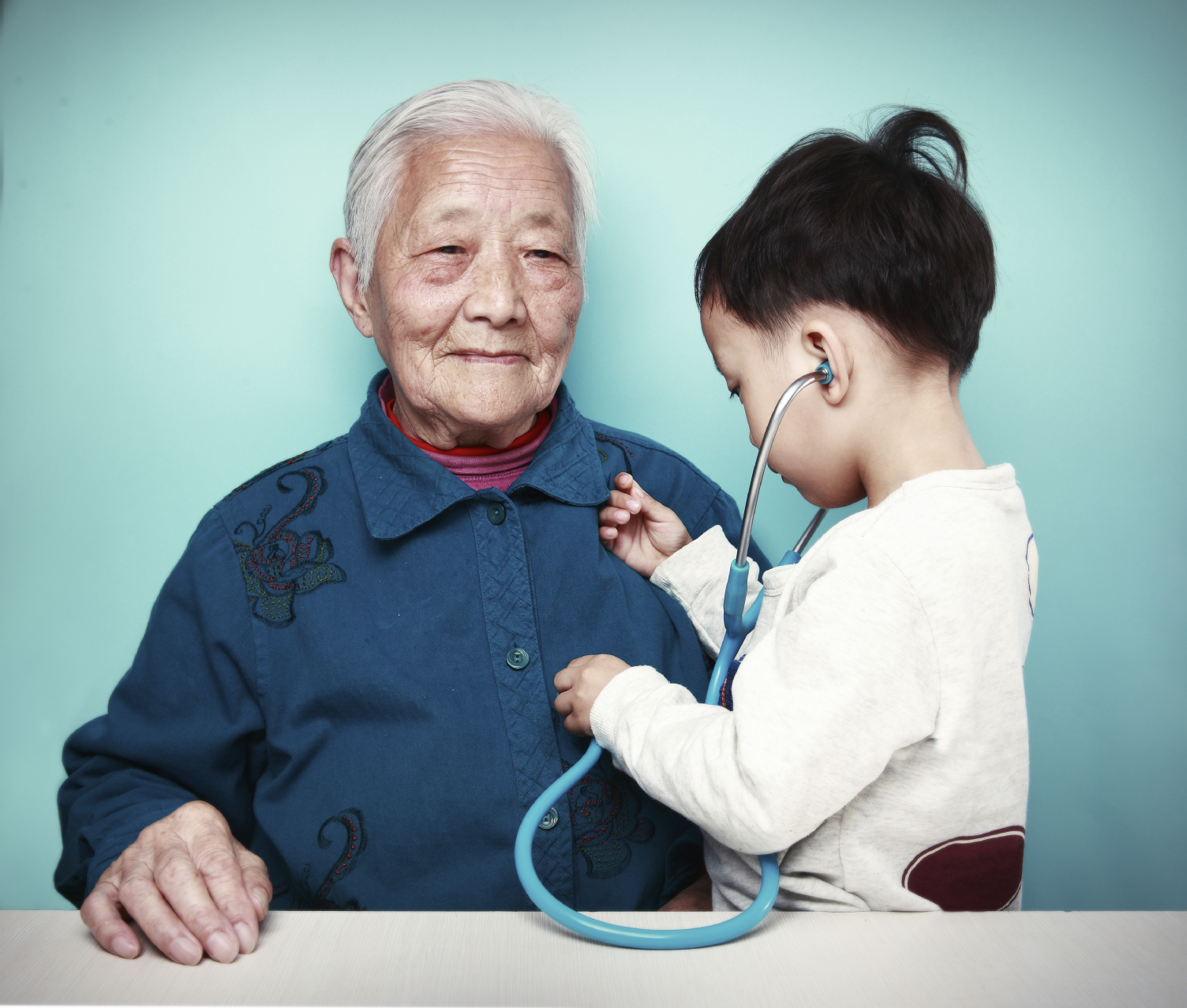 China’s population has aged much faster than other populations, and the proportion of elderly among the total population is set to remain very high for years to come. The average time taken by developed countries for the percentage of the population above 65 years old to increase from 7% to 17% was 60 years, but China is expected to take only 30 years to reach the same level.  By 2050, the proportion of the population over 65 in China is projected to reach 34%, which is comparable with Denmark, and much higher than the US (26%).

Increased longevity and lower fertility rate are typically the two main factors that contribute to an aging population. In the case of China, the strict family planning policy (one-child policy) implemented in 1980 has played a key role in the country’s rapid shift in population structure. As each family is only allowed to have one child, China’s fertility rate has dropped sharply in the wake of the policy, resulting in a declining percentage of young population. This is a key factor that we need to bear in mind when looking at China’s unique healthcare challenges.

Rapid aging poses challenges to healthcare, among which the most common are a surging healthcare expenditure, and a rising difficulty in managing the ‘iron triangle’ - access, cost and quality, the three core aspects of healthcare that need to be balanced by any healthcare regulator.

So what are the unique constraints that China faces because of aging?

Financial constraints - ‘Getting old before getting rich’

China is the only developing country with aging at a level comparable to many developed countries. This means the amount of public resources for elderly care are limited. In the past ten years, China’s government has channelled significant investment into establishing a public health insurance that covers 95% of the population. However, such wide coverage could only be achieved by providing a very low benefit level to each citizen. The financial stability of this public investment is also questionable, as China’s healthcare expenditure is expected to increase by five times from 2000 to 2020, as people above 65 years of age typically spend three to five times more on healthcare than those below 65. As the demand for public funding increases, the trade-off between access and quality will intensify. In addition, China’s public health insurance is structured such that the healthcare of the elderly population is funded by paid contributions from the employed workforce. Since China also faces a declining labour force after three decades of the one-child policy, the current system is likely to meet great challenges as incoming funding from salaried contributions falls short of outgoing healthcare expenditure.

There are an increasing number of ‘4-2-1’ families, which stands for two adults supporting four elderly parents and their own child. This structure considerably hampers many families’ ability to provide elderly care, which in turn creates a new need for social elderly care, such as care centers.

On a micro level, family support for elderly healthcare also faces constraints as a result of rapid aging. Traditionally, the majority of elderly care in China has been provided by families. However, the long-term impact of the one-child policy has been not only to alter the population structure, but also to change the family structure. There are an increasing number of ‘4-2-1’ families, which stands for two adults supporting four elderly parents and their own child. This structure considerably hampers many families’ ability to provide elderly care, which in turn creates a new need for social elderly care, such as care centers. This is even more critical in rural areas, which account for two thirds of the aging population and have significantly lower family income levels than urban areas. Moreover, China’s urbanization and industrialization has resulted in thousands of millions of the rural population migrating to cities for work, leaving the elderly behind in villages where healthcare access is limited.

A significant proportion of China’s elderly suffer from health problems. According to a recent survey, there are 62 million elderly experiencing body pain and 100 million having hypertension. Not only are the Chinese elderly experiencing a rising chronic disease burden, cognition decline and depression are also becoming increasingly prevalent among the elderly. An aging population with suboptimal health is inevitably going to put significant pressure on its healthcare system, therefore we expect China to encounter a critical shortage of medical services supplied for the elderly, including lack of community care centers, palliative care and long-term care facilities. China is also set to experience a shortage of nurses, physiotherapists, and social workers as the burden of elderly care is being transmitted from family to society.

Implications for the healthcare industry

A hint of this trend is suggested by the ongoing campaign to reduce unnecessary and profit-driven prescriptions, as well as the recent anti-corruption investigations against multinational pharmaceutical companies.

The Chinese government has started to implement major reforms in pharmaceutical policy to control healthcare expenses since the turn of the century, such as the Essential Drug List, a preferred list of drugs for public hospitals at an affordable price. In response to the increasing burden on the state and families to pay for healthcare due to aging, we expect the government to devise additional measures to further curb healthcare costs. A hint of this trend is suggested by the ongoing campaign to reduce unnecessary and profit-driven prescriptions, as well as the recent anti-corruption investigations against multinational pharmaceutical companies.

For years, patients have complained about hospitals in China being overcrowded. This is due to the shortage of medical services supplied, as well as the lack of a gate-keeping system for primary care. China is planning to build a primary healthcare system that aims to increase access and relieve the burden of general hospitals. In the context of aging, primary care such as community clinics is likely to be prioritized by the government given that it could provide more efficient healthcare at a lower cost, and would be a more convenient route for the elderly to seek medical help.

As mentioned earlier, the 4-2-1 family structure may limit the capacity of children to offer elderly care to their parents. However that may not be the only reason for a rising demand for social elderly care. The future elderly middle class—who has contributed to and enjoyed the fruit of China’s economic reform—may have a strong need for quality social healthcare services. For example, In addition, in order to meet rising demand, growth in the long term care facilities sector (including nursing homes and day care centres) is expected. Other healthcare services, including mental health support to the elderly, may also be an increasing need.

As China’s healthcare needs grow and the relative proportion of contributing labour force declines, public funding will no longer be sufficient to provide the care required. Private funding, including funding from families themselves as well as investment from both within China and from abroad, will increasingly be needed to close the gap and supplement public funding if China’s healthcare system is to avoid a crisis.