Medication adherence is on the radar more than ever before, so it’s important to understand the basics of how adherence is typically measured and the shortcomings of these measurements. 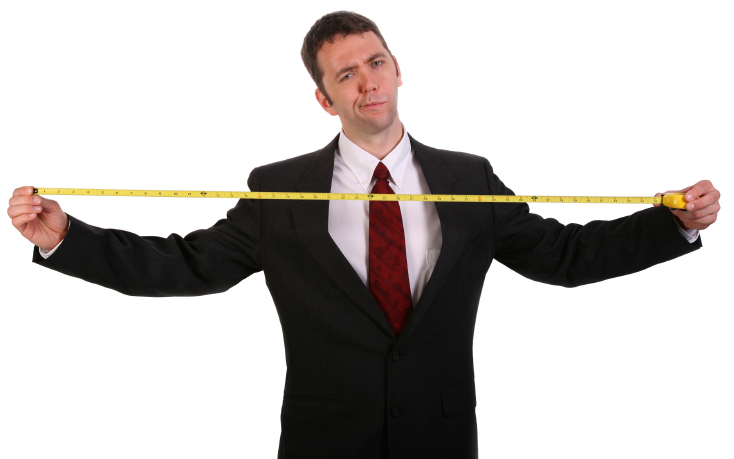 At first, measuring adherence seems like it should be quite straightforward but it’s actually far more complex than one would initially think.

In the academic literature, adherence is typically measured in one of two ways: compliance and persistence.

Compliance: a measure of the number of days over the course of a specific time period (typically one year) that a medication is “on hand” and available to the patient. The two common forms of measurement are:

Note that the terminology here is not always consistent. Many people use “compliance” and “adherence” interchangeably. The important thing is to define what, exactly, is being measured and how.

Persistence: a measure of how long a patient continues to refill until they “quit,” typically measured in terms of the number of months. This measurement is variable and completely dependent upon how one defines the grace period. In other words, after what period of time, without a refill, is a patient deemed “off therapy”: 30 days? 60 days? 90 days? Longer?

Consider the following factors when evaluating persistence. A persistence of 6 months does not necessarily mean that a patient filled six consecutive 30-day fills (that would require 0 “gap days” between fills—a rarity). It could mean that they filled only twice during that 6-month time period. It depends upon the above definition. In reality, many patients tend to go on and off therapy. They may persist for 4 months the first time around but then be convinced by their physician a year or two later to go back on therapy.

The tricky issue, of course, is that patients who have quit refilling tend to fall off the radar screen, despite being the ones in greatest need of adherence interventions.

The pharmaceutical industry often refers to persistence as “persistency,” although whether or not there is any true distinction between the two terms is unclear.

When it comes to evaluating long-term health outcomes, persistence is arguably the more significant factor, given that outcomes are likely to be worst in patients who have quit therapy altogether, in comparison to patients who continue to fill but are imperfect in their day-to-day medication taking, thereby demonstrating “gap days” between fills. The tricky issue, of course, is that patients who have quit refilling tend to fall off the radar screen, despite being the ones in greatest need of adherence interventions.

For purposes of measuring the return on investment for a commercial adherence program for a pharmaceutical brand, the most logical form of measurement is mean number of fills per patient over a specific time period (such as one year), given that the above academic measurements do not directly reflect the number of fills.

Calculating a return on investment, though, requires some comparison to a control. The control could be: (1) the brand’s historic mean number of fills per patient, or (2) comparison to a concurrent—same time period—control group (in other words, comparing the mean number of fills for people on a specific adherence program over one year to the mean number of fills for people not on the adherence program over that same year). In our experience with pharmaceutical companies at Healthprize, not all brands have an accurate handle on their historic baseline fill data, which can be problematic in designing ROI methodology.

How accurate is adherence tracking?

There are a number of considerations regarding accuracy, largely based on which database is being used to determine adherence rates. Regardless of database, the simple data typically being tracked is the date of fill of a specific medication.

There are, of course, dozens of devices available that track the opening of a pill container, or even the ingestion of a pill, with new devices seemingly arriving on the scene every month, but these are not included here in the discussion. Obviously, the use of such a device can be a valuable adherence intervention in and of itself, as the patient’s knowledge that they are being tracked can improve adherence, at least short-term.

Reliance on any one database comes with the risk of underestimating true adherence in the following scenarios:

A patient who switches from statin #1 to statin #2 may be considered non-persistent from the standpoint of statin brand #1, but not from the perspective of a health plan or PBM.

A critical question that must be asked in order to evaluate adherence accurately is: How are 30- vs. 90-day fills handled? Does a 90-day fill count as one fill or three fills? From a commercial ROI perspective, the preference wouldbe to count a 90-day fill as three 30-day equivalent fills (although, given that a brand may not earn precisely three times the revenue for a 90-day fill, this nuance could be factored into the equation if ROI is being measured). Given the greater push for 90-day fills—an adherence intervention in itself—this is a key consideration.

Another critical consideration is how drug switches are handled. Clearly, this is a matter of perspective. A patient who switches from statin #1 to statin #2 may be considered non-persistent from the standpoint of statin brand #1, but not from the perspective of a health plan or PBM.

A final question, especially when it comes to evaluating adherence interventions, is: How are patients who quit the program handled? In this case, there are two forms of adherence: (1) adherence to the medication and (2) adherence to the program. Are patients who quit and “lost to follow-up” excluded from analysis, as they might be for a drug trial? Or are their fill rates after quitting the program analyzed, if possible? After all, the best adherence programs are ones that would continue to have a lasting effect, even after only a couple months’ worth of engagement.

So many considerations here, and far more complex than one might think.