In this first installment of the newly relaunched Adherence Arena, Katrina Firlik, MD, examines some of the psychological causes of non-adherence and tries to provide some explanation as to why getting a cavity filled might seem more appealing than taking your meds… 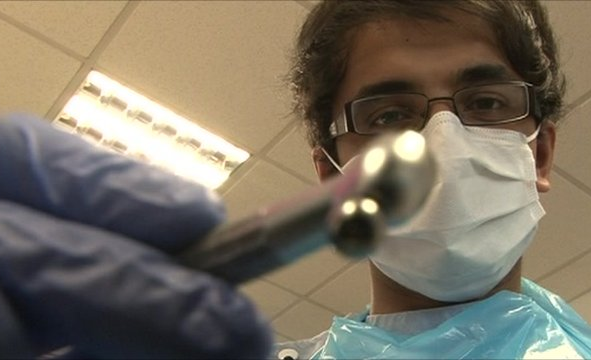 Consider the following statistics from a recent survey of over 1,000 people on a medication for a chronic condition:

Why are these insights important? Now that medication adherence is in the spotlight like never before—given its central role in health outcomes, healthcare spending, and pharmaceutical revenues—it is critical to recognize that non-adherence is a multi-faceted problem, often with psychological underpinnings.

A superficial read of the problem often leads to the assumption that cost and forgetfulness are the primary drivers. Working with this assumption, then, cost reductions and reminders should fix things. However, reducing copays—even to zero—can be helpful, but is a less effective intervention than you might think. And, if free medication were the solution, then European countries that cover all medication costs would be stellar models of medication adherence, yet they are not.

As for simple forgetfulness, reminders (in whatever form: phone calls, text messages, direct mail, high-tech pill boxes, or embedded chips in pills) can certainly be helpful, but presumably mainly for those patients already motivated to fill and refill their prescriptions. Paradoxically, patients who are already motivated to persist with their medications, but occasionally forget a dose here or there every once in a while, are not the ones at risk of poor outcomes and increased healthcare spending, yet are the main focus of reminder-based programs.

The often-overlooked factor is motivation. To understand the non-adherence problem more fully, we have to address human psychology.

The truth is, for many people, taking a medication for a chronic condition is a negative experience, as evidenced by the survey responses. It is often associated with immediate or short-term annoyances (transient side effects, trips to the pharmacy, copays, a reminder that you are a patient with a condition) but no immediate benefits. Unfortunately, those short-term annoyances often trump the long-term benefits, logical or not. Getting over this natural human “present bias” can take some doing, and a text message or reminder app won’t suffice. (Think of a different scenario: how well would a reminder app or text message service work to improve teen adherence to homework?)

Another key insight from this survey was that persistence—staying on therapy, continuing to refill—is a central challenge for many people, particularly for younger people and women. Consider these survey findings:

In the case of young people, the “present bias” referenced above is the most plausible explanation. In younger patients, the health benefits of medication—prevention of heart attack or stroke, among others—are likely years in the future, making it difficult to recognize the benefits now. In contrast, 60- or 70-year-olds are typically more aware of the reality of their own mortality and the potential for poor health and are, therefore, naturally more motivated to stick with important prescription medications.

In the case of women, the lower level of adherence may be due to the realities of

women as primary caretakers within the family. In that case, the immediate needs of other family members often trump the personal needs of the caretaker, including healthcare needs.

Across all patient groups, those who quit refilling altogether, or never even pick up the first fill, pose the greatest threat to their own health outcomes and increased healthcare costs. Patients who are motivated to continue refilling, but occasionally and inadvertently miss a dose here or there, do not pose such risks. Reminders alone may be fine for those occasional (less serious) adherence lapses.

If we want to get serious about making a bigger dent in the problem, we need to find ways to put a positive spin on an otherwise negative reality, focus on persistence as well as on day-to-day compliance, and add motivational tactics to the mix, including adding short-term rewards, because the true long-term reward of better health is often too difficult for people to appreciate here and now.

For more information on the survey or to read the full report, please email: kfirlik@healthprize.com.