Before jumping back into whatever overall narrative thread I was planning on building through this column, I think this first effort for 2013 should be more of a tone-setting kind of thing. So here's the tone... 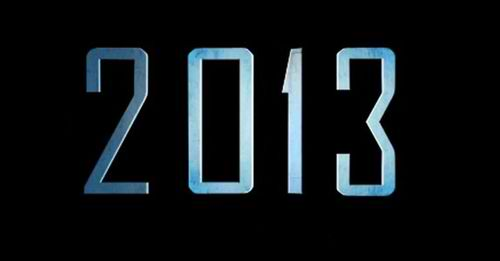 First of all, happy new year! This year will bring all kinds of excitement.  I'm not talking about the round of product launches and inevitable mergers that will occur (not even talking about my new column banner): these are always momentous, but every year brings its launches and mergers.  No, 2013 will see real change, or at least the continuation and acceleration of the changes we've been experiencing for the last eight years.   Unfortunately, I think these changes will be painful for many pharmaceutical executives.  Their profits will continue to be under pressure but what's worse, the skills they've acquired will become increasingly outdated. Pretty tense tone, that.

"All industries change and many have to evolve very quickly."

Please don't misunderstand; I'm not at all saying that most pharma executives aren't solid, adaptable businesspeople who master their trade.  In fact, in certain respects the more you master pharmaceutical marketing, the more difficult it's going to be.  There are examples in other industries of big changes that pass like tornados through the marketing landscape and  I think this is happening in pharma.  In cases like these, it's sometimes the very best and most successful business people who suffer the most.

All industries change and many have to evolve very quickly, but the change that's happening in pharma is the kind of change that's the most difficult to deal with... a change that comes from the customers.  Some changes come from technological innovation, some come from legislation, some come from new entrants, but pharma is facing customer-driven change, and there are precious few marketing and sales people who survive customer-driven change.  Those who flourished the most in the old environment are often those who hang on the hardest to old ways that simply aren't as effective in the new environment.

Consider the music industry.  A few years ago, record company executives had a set formula they applied to make money.  They knew how to do this, they were good at it, and they had acquired a whole bunch of skills and techniques and mastered them.  In the space of about eight years, all of that acquired knowledge has become pretty much useless.

A few try to hold on, most try to talk about the evolution of their business, but when an industry spends hundreds of millions of dollars taking its customers to court that's not an evolution, that's an apocalypse.  And don't be fooled by thinking that some technological innovation brought it about... it wasn't the MP3 that caused this, it was the MP3 that enabled a shift in consumer paradigm: suddenly, the industry just didn't understand its customers any more.  I'm actually doing some research into marketing in the music industry and recently a high-placed executive in a very large company confided in me that while they are carrying out all kinds of market research to see what's happening, they are painfully, woefully aware that they just don't understand the new consumer attitudes.

"Prescribers have less of a total impact on your success than they used to have."

Is this happening in pharma?  Yes, it is.  What's worse, it's not just that pharma's traditional customer base is changing its attitudes (it is), but as we've pointed out in past columns, the very definition of the customer is changing.  We've talked about the 4P framework: customer defined as prescriber, payer, provider and patient, yet to a large degree the pharmaceutical industry still is really is only thinking about prescribers as customers, despite token efforts in other domains.

Prescribers have less of a total impact on your success than they used to have.  Are they still vital to pharma's success?  Of course they are!  Are they alone in ensuring your business?  By no means.  They never were, actually, but today their overall impact is steadily reduced as they are both increasingly restricted by payer decisions and influenced themselves by patients.  The prescriber can provide you with the entry ticket to revenues in the form of a prescription, but actually getting the most revenues out of that ticket is largely out of his or her hands.  In most cases, patients don't actually adhere to the treatment as prescribed, assuming they ever fill it.

So how about the patients?  What convinces them to adhere to the treatment?  What convinces them to be compliant?  What drives them to ask for a specific treatment, or ask to be switched?  The answers are many and varied, and in future columns we'll consider some of them, but for now let's just remember that one of the most important influences in adherence is the pharmacist.  That's right, the pharmacist.  In many countries, pharmacists have an enormous potential impact on patient adherence, and that impact is growing.

Not to mention those circumstances in which nurses talk to patients about how to take their drugs.  Nurses are often much more attentive to the day-to-day factors that affect adherence than are prescribers.  Nevertheless, often, nurse field forces are considered only to the degree that they can affect prescriptions.  And of course today, patients are on the web actively finding out about treatment options, often being strongly influenced by utterly unfiltered and often incorrect information.

In the face of this, what does the industry do?  It talks about multiple stakeholders, it has its little adherence projects and its small nurse field forces, but it still fundamentally defines its customer base as prescribers, measures its sales and marketing efforts by share of voice with prescribers and rewards itself purely on the basis of market share.

When I was a kid, I lived for a few years in Illinois and as many people from the Midwest can tell you, when a tornado passes through a town, there's generally a path of complete devastation... but then there's one house standing with no damage.  Why?  Who knows.  In the aftermath of this tornado, there will of course be many executives who remain strong and successful.  Who will they be?  I'm willing to bet that they will...

If any of you are doing all these things right now then by all means, let me know!  I'd love to hear how it's going, and how you transformed your organization.   If not, well, you might want to take shelter in the basement... a storm's coming.