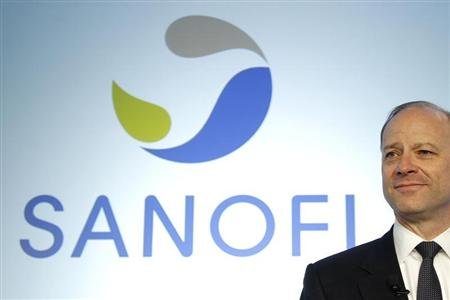 The announcement, originally reported in Bloomberg News, met with disappointment from The Alzheimer's Society in the UK, who said that "now is not the time to back away from dementia research."

"I think we have to do a lot more basic science work to understand what's going on," Viehbacher said in the interview at an industry event in San Diego. "We really, at best, partially understand the cause of the disease. It's hard to come up with meaningful targets."

Affecting already more than 5 million Americans, Alzheimer's disease offers one of the most lucrative markets in the pharma business – Barbarya Ryan, a former analyst with Deutsche bank, estimated potential profits at $20 billion last year – but the vast majority of past attempts to develop new drugs have failed. Although Sanofi, which gained 42 percent in the last year, managed to avoid making headlines with one of 101 drug development disasters reported in dementia research since 1998, Viehbacher declares that it's time to take a moment and reconsider efforts that have been put into search on the softening of the brain.

“We start with the premise that what we know isn’t adequate in describing this," Viehbacher said. "Unless we’ve got better targets, we’re not really making any progress.” He expressed hope for more collaboration within the industry, and the work of the recently launched Brain Initiative, to shed more light on the problem.

Andrew Chidgey, director of external affairs at the Alzheimer's Society, responded with criticism of the announcement. In an interview with The Pharma Times, he said that "now is not the time to back away from dementia research,' adding that "despite costing the economy more than cancer and heart disease, funding for research into dementia is only a fraction of those conditions." Chidgey pointed out that there are 150 times more clinical trials focusing on treating late stages of cancer than on curing Alzheimer's.

Alzheimer's, which affects one in three people over the age of 65, sets in over time and is marked by plaques that accumulate in the brain. Many researchers have theorized that amyloid-targeting therapies such as Lilly's solanezumab could prove effective if given to patients before the dementia advances too far for the drugs to work. Both Roche and Lilly have advanced research in preventive therapies, hoping that their programs could reverse the trend of disappointments in the field.