US stakeholders are beginning to consider risk sharing agreements, but to what effect? 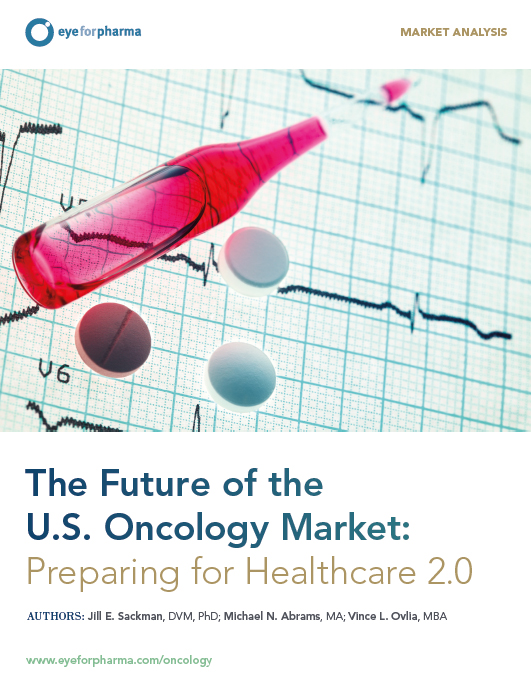 The Future of the U.S. Oncology Market: Preparing for Healthcare 2.0

Caveat emptor – Let the buyer beware. The motto of the everyday consumer, payers for medicines are now also adopting this principle when it comes to shelling out for therapies that come with a big price tag but without conclusive evidence of their effectiveness in the real-world setting.

An eyeforpharma white paper “The Future of the U.S. Oncology Market: Preparing for Healthcare 2.0” painted a picture of a new era in oncology expenditure - where unlimited access to new therapies is no longer a given.

The complex and multifactorial nature of cancer treatment means that newer targeted therapies can have tremendous success in particular subsets of the patient population, while having minimal impact on other disease phenotypes. This challenge of demonstrating the true value of a new oncology therapy to those who will ultimately fund it has led to the evolution of risk sharing agreements (RSAs).

This relatively new tactic allows payers to defer outright reimbursement and facilitates patient access to ground-breaking new therapies which may or may not dramatically affect their outcome. As traditional premium pricing is progressively met with resistance by public and private payers, RSAs provide an opportunity for both the provider and the payer to break the deadlock by mitigating the uncertainties surrounding costly innovative treatments and provide for reimbursement based on their real world performance.

RSAs have now been widely employed throughout Europe, where countries are working to reduce their expenditure on drugs. These efforts have led to a move towards value-based pricing, with decisions regarding reimbursement hinging on the outcomes of health technology assessments (HTAs), involving determination of QALYs (quality-adjusted life-years) and cost-effectiveness.

Italy and the UK have been the most fervent adopters of RSAs, but most European countries have engaged in such schemes.

A 2011 report from the European Medicines Information Network (EMINet) entitled “Experiences and Impact of European Risk-Sharing Schemes Focusing on Oncology Medicines” highlighted the “new and growing trend” but emphasized the lack of a common approach among countries utilizing the schemes.

“No common approach exists across countries to deal with these new schemes for financing oncological medicines,” stated the report.“Most of them are financially-based schemes since outcome-based schemes are more complex to implement. […]Many differences exist with regards to how each country opts to implement them.”

So has anything changed in the past four years as risk-sharing schemes become more widespread? It is true that RSAs have typically been ad-hoc, varying across treatment, drug type, and country. For example, in the case of GSK’s renal cell carcinoma therapy Votrient, quite different agreements were negotiated; in Italy the arrangement was that the manufacturer would pay for patients not responding after 24 weeks of treatment, while in the UK it was agreed that manufacturer would provide an initial 12.5% rebate with the possibility of future rebates based upon the results of a head-to-head trial against Sutent (although the head-to-head component was later removed).

At the ISPOR annual meeting in Montreal last year, Adrian Towse, Director of the Office of Health Economics in London, gave the UK’s perspective based on their extensive experience. According to Towse, RSAs can be used to secure early access for new products and can resolve residual uncertainty about relative effectiveness vs. relevant comparator. These arrangements can also be used to estimate key value metrics in real world settings—ensuring good value and informing future negotiations.

The most recent tranche of RSAs in the UK have taken the form of simple discounts, however, Towse explained, with the administrative burden proving a significant impediment to the long-term viability of performance-based RSAs. Italy, on the other hand, has invested in electronic health records and has working pay-for performance type arrangements tracking patients for most new oncology drugs and for other drugs in high areas of uncertainty, which has led to an established pattern of use of RSAs, according to Towse.

Implications for the United States

The almost unique healthcare system in the U.S. means that there are inherent difficulties in devising appropriate risk-sharing schemes, but their apparent success in Europe has meant that the possibility of cost containment via these measures is becoming increasingly attractive to payers.

Incentives for pharmaceutical companies to negotiate risk sharing agreements with payers are currently limited, however; Medicare is required by law to reimburse cancer drugs, for example, which obviously limits its negotiating leverage.

Nonetheless, there are examples of such agreements within the US market. One notable example is the scheme developed by Genentech for the advanced cancer therapy Avastin in 2006. Significant negative publicity relating to the market price of the anti-VEGF therapy forced Genentech to launch a program making Avastin free of charge for patients who reached an annual dosage of 10,000 mg, which essentially capped the annual price at approximately $55,000 for all payers.

Another landmark agreement was negotiated between UnitedHealthcare and Genomic Health in 2007 that allowed Oncotype DX – the genetic test that can predict the likelihood of chemotherapy benefit for early-stage breast cancer patients – to be reimbursed at a predetermined price. If too many women were still receiving chemotherapy despite low-risk scores, however, UnitedHealthcare retained the option to reopen the contract at a lower price.

Professor Lou Garrison of the University of Washington illustrated the U.S. RSA experience at the last ISPOR meeting. He explained that there had been a total of 17 arrangements in the U.S. between the years 1997 and 2012. Of these, 10 had coverage with an evidence development component, six had a performance-linked reimbursement component, one had a conditional treatment continuation component.

The majority of RSAs involved public payers and were most likely to target high cost disease areas and expensive drugs, said Garrison.

One U.S. payer replied: “If somebody can help reduce risk, take some of the variability out of the equation, or can actually help you manage some of those medical costs, then that's very attractive and that's more attractive than just getting a discount. It allows us to actually get experience using the medication or our members using the medication but it takes some of the risk off us.”

Garrison concluded by asserting that although there is continued and even growing interest on the part of both manufacturers and payers within the U.S., the number of new agreements is still small and the ones that are implemented are mostly in “exceptional situations”.

Indeed, U.S. private sector schemes will face many of the same problems as European public payer schemes, such as the definition of endpoints and study design, negotiation costs, EHR infrastructure, monitoring costs, arrangements for evaluation, etc.

Payers
The payer is often referred to as “king of the mountain” in pharma. So what do they want?

The 2012 New Health Report by Quintiles included data collected from a survey of 75 managed care executives in the United States at the director level or above and 72 National Health Service executives (director or above) in the UK.

The survey found that almost three-quarters of UK payers feel that risk-sharing agreements between biopharmaceutical companies and payer organizations will lead to more innovative and effective therapies. Nearly nine-out-of-10 UK payers and seven-out-of-10 US payers agreed that such risk-sharing agreements would increase patient access to drugs that otherwise would not make it to market.

Notable was the fact that 95 per cent of U.K. payers and 84 per cent of U.S. payers support coverage with evidence deals (CED) with biopharmaceutical companies.

A recent essay in the Journal of the Royal Society of Medicine on market-access agreements for anti-cancer drugs states that the obvious advantage of these schemes is that the manufacturer achieves access for a drug priced at a level that “maximizes the profits which may be taken from a health system and is kept commercial-in-confidence”. In addition, the health system makes available to its patients costly but modestly effective drugs without paying their full list price, the authors wrote.

“Who gains most depends very much on how these contracts are negotiated, designed and managed.”

Indeed, the evidence suggests that performance-based RSAs are likely to remain the exception as manufacturers pursue payment models with no requirement for data collection or performance assessment, due to the inherent problems in facilitating this.

It is thought that the new landscape of ACOs may present new opportunities. Those are network of doctors and hospitals that share financial and medical responsibility for providing coordinated care to patients in the hope of reducing unnecessary spending.

Onlookers see a major shift in their current approach unlikely, however. The decentralized nature of the health system in the US means that many of these agreements must be negotiated between manufacturers and several payers and so cannot take the form of a cohesive cost containment strategy. The eyeforpharma analysis suggests that that the use of RSAs in the U.S. will continue to grow as providers and payers gain experience, but as a trend rather than as a result of definitive policy shift.

It is clear that in order to compete for premium pricing, manufacturers must be fully aware of their products’ ability to deliver economic and clinical value (ECV). Without this, manufacturers will be unable to define outcomes for risk-based agreements.
If manufacturers are confident that they can show differentiated value and relevant outcomes, then RSAs can provide a mechanism for achieving market access and favorable reimbursement.

Manufacturers in the oncology sphere must be prepared to move on from the traditional drug development process and integrate the above considerations throughout the entire product lifecycle – from R&D to commercialization.

Indeed, with enhanced pressure from payers seeking value, the decision to proceed with a product should be regularly assessed against the strength of its value story.

This doesn’t mean that there is no place for premium-priced innovative products in clinical pathways if real value has been demonstrated. For instance, despite the cost of Genentech’s Perjeta (pertuzumab) amounting to $180,000 per patient for a course of therapy covering an 18-month period, UnitedHealthcare added the drug to its bundled price program based on positive clinical results.

Regardless of what happens with RSAs in the U.S. oncology market, efforts to control drug utilization will continue to grow, according to the paper.

“As a result, manufacturers must focus on the ability of their products to improve current treatment regimens, save costs, and improve outcomes when compared against less costly alternatives.”