The Pharma/University Partnership is Vital to Drug Discovery

Most major academic institutions around the world now have an alliance with the industry. By reaching out to communities rich in scientific talent and creativity, drug manufacturers hope to identify novel molecules and new uses for the old ones. 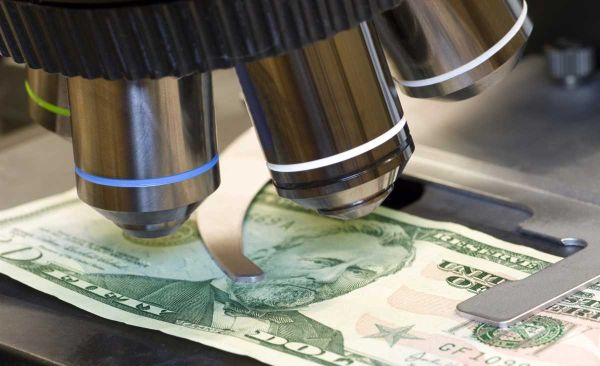 “The collaboration between AstraZeneca (AZ) and two major universities in Mexico is a part of our global program about the value of innovation. The goal is to mutually support scientific innovation and also share some molecules from the AZ portfolio that are in the early stage - or marketing stage - and to search for their new applications. In other words, they’re presenting us with their developments, and we’re evaluating whether we can do something with those developments,” explained Alfonso Del Rosal y Hermosillo, Head of Access at AstraZeneca Mexico.

Outsourcing innovation to universities allows pharma to supplement their existing commercial activity. Additionally, collaborations, as opposed to start-ups and licensing, are the most productive contractual basis for advancing early stage discoveries by placing partners with shared interests together. They are also the most difficult to establish and complex to manage, but could increase drug discovery productivity for pharma companies, and bring new research to universities.

“The biggest benefit of such collaboration to us is to have more presence in the local market, to have direct communication with the scientific sector, which is also in some cases a member of the evaluation of new drugs in the Mexican public health system. If these projects go farther and we can develop a new drug or a new application the benefit is clear - we can commercialize it in the Mexican and the global market. We can share this marketing part because we already have an agreement on that,” Del Rosal y Hermosillo added.

Although seemingly collaboration between pharma and universities seems devoid of disadvantages, companies based in Latin America have thus far been reluctant to embrace it. “[Mexican] universities are not used to working with the industry. The global industries like Pfizer, Roche, Novartis, they already have their labs out of Latin America, so they don’t need to work together with the local universities. And with the generics industries, they don’t need labs, investigation, R&D, because they only produce known molecules.”

This is governed by how the university and the government pays the investigators. Right now the funding is public, and it's not enough

Moreover, the academics are also divided on the issue. "My big fear is that we're going to create a polarization within academic centers," said Kenneth Kaitin, director of the Tufts Center for the Study of Drug Development in Boston. "There will be those that partner with industry and in some cases will be looked on more negatively by their academic peers, and those that would never partner with industry because they feel that betrays their academic purity."

Alfonso adds: “Research integrity is out of my control. This is governed by how the university and the government pays the investigators. Right now the funding is public, and it's not enough..,” he said, pointing out: “The incentive for a researcher to get a molecule to phase I is very difficult because they can't use laboratories [over long term], so they prefer to start with a new molecule. They have to demonstrate that they're doing new things every six months, so they prefer to start with a new molecule rather than to take an old one through all the stages of development. If we can put more public funding in and combine it with the support of the industry, that would change things dramatically. We don't have enough money to invest in all those studies, so we take it one molecule, one university at a time.”

Encouragingly, research agreements don’t generally raise the same conflict-of-interest alarms as speaking fees, for example, which can be seen as marketing a product for a company, said Eric Campbell, a sociologist at Harvard Medical School in Boston. Also, many institutions vet the language in the contracts, he notes, and industry money is deposited into institutional accounts rather than given directly to investigators.

Campbell also noted that industry collaborations can restrict or delay publication and lead to a publication bias in favor of a company's product. "You should not in any way accept the notion that these giant institutional agreements are without tremendous danger," he said.

Additionally, concerns remain with some commentators pointing out that the industry’s tendency to change its research focus abruptly can leave academics hung out to dry. Sudden changes in investment can lead to long and costly battles over intellectual property rights, which, under normal circumstances, would be shared.

Del Rosal y Hermosillo reassured: “Right now, we have two kinds of projects: the first one is the drug from the AZ portfolio of molecules, the benefit is also for AZ, because we own the molecule, but all the recognition goes to the scholar who discovered the new application, and to his/her institution. At the same time, if we develop a new molecule, it's cooperative. They already own a patent for that molecule, so perhaps it would need a license for AZ to commercialize that.”

No matter the concerns, big pharma and universities have no other choice but to work together for mutual benefit to all.