After a decade of layoffs, pharma is having to face up to the fact that their cost-cutting strategy has left them with a talent gap that may harm their efforts at increasing R&D productivity. 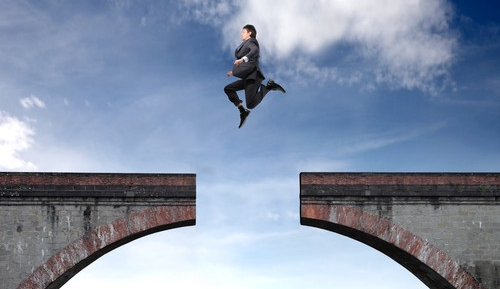 A PwC report has revealed that 51% of top pharma execs have experienced difficulties in hiring the right staff for the job, the highest figure out of the 19 sectors examined. Only 28 per cent of execs were confident they could meet their staffing needs.

Mergers and acquisitions in recent years, such as Pfizer’s purchase of Wyeth and Merck’s purchase of Schering-Plough, have often resulted in massive layoffs, while cutbacks have also been initiated through fear of the now-infamous patent cliff. Now it seems that many companies are regretting workforce purges that have left them lacking in talented staff at a time when they are planning to invest more in R&D; in a recent global PwC survey, CEOs identified talent gaps as the second biggest threat to their growth prospects, behind anxiety about corporate tax burdens. The PwC reports that roughly 60 per cent of pharma execs plan to invest more heavily in their workforce over the next three years to increase their human capital, and 72 per cent of companies are aiming to boost their R&D capacity over the next 12 months.

Part of the problem may be that as the industry changes, the skills needed by research staff is changing too. Pharmacos are increasingly looking to new models of R&D in order to reinvigorate their research efforts, including partnerships, alliances and even crowdsourcing. The most common partners for pharma are Academic Medical Centres (AMC) and Contract Research Organizations (CROs). A HRI survey of industry executives showed that being able to develop and manage outside partnerships will be the most sought after skill for scientists working in pharma R&D in the next 3 years.

However, the PwC report finds that this burden of management and the lack of reward for passion and commitment to research are preventing scientists from working to their full potential. 80 per cent of companies still rely on traditional rewards and bonuses, and 25 per cent provide a sales royalty once a drug has launched; only 15 per cent of companies are offering their scientists a share in the intellectual property they help to create.

Another cause for low morale in the R&D departments of pharma firms, PwC suggests, may be the constant attrition of workforce over the last ten years:  “companies with decades-long legacies have lost their edge due to repeated layoffs, wearing down the morale of scientific staff.”

Michael Mantesana, US pharmaceuticals and life sciences R&D advisory services leader at PwC states that "scientists are driven by the chance to tackle tough problems, but not when they are operating in a pressure-cooker environment with incentives that aren't well-aligned with company goals or their own sense of satisfaction. Real R&D transformation will not be complete until the R&D culture itself is rebooted and unless HR, R&D and senior management work together from the beginning."

The PwC report suggests that one way to improve workforce morale is to invest Human Resources (HR) departments with more powers, as too often their remit is seen to be only ‘hiring and firing’, with little responsibility for developing a much needed ‘talent strategy’.

The next few years will present a challenge to pharma companies as their R&D departments battle to increase both the numbers of drugs in their pipeline, and the eventual success rate of those drugs. Although percentage of drugs approved was at its highest in 2012, the approval rate is still below 40 per cent (as it has been since 2002) despite recent increased investment in R&D. It is clear that in order to fill the talent gaps which are emerging from years of workforce attrition, the relationship between pharma and scientists will need a rethink.