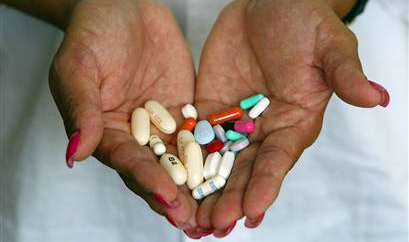 The Medicines Patent Pool (MPP) confirmed that ViiV Healthcare (a joint venture owned 76.5 per cent by GlaxoSmithKline, 13.5 per cent by Pfizer and 10 per cent by Shionogi) will be making the key paediatric medicineknown as abacavir available to generic manufacturers to take a license to manufacture and sell it in 118 countries. The purpose is to foster the greater availability of critically needed medicines for children living with HIV.

MMP was dreamt up by UNITAID, based at the World Health Organization, and aims to ensure that intellectual pharma property rights are shared so that treatments are more readily available in less developed countries. It is a health financing system which relies on funding from airline ticket levies.

This is the second research-based pharmaceutical business which has become part of the MMP initiative, after Gilead Sciencesjoined back in 2011. The Gilead Sciences agreement meant that several generic drug manufacturers were allowed to make low-cost versions of the medications tenofovir, emtricitabine, cobicistat and elvitegravir.

Greg Perry, MPP’s Executive Director said that the patent pool is a positive solution for everyone involved: “It provides an innovative new business model for the pharmaceutical industry to contribute to global health, it aids low-cost, quality medicines manufacturers by allowing them easier access to the market, and most importantly allows people living with HIV around the world timely access to life-saving treatments”.

Essentially the MPP agreement involves a Memorandum of Understandingwith a legally-binding licence which provides the legal permission from the patent holder to allow other producers to manufacture and sell generic versions of the patented medicine in developing countries, or develop adapted formulations, under certain terms and conditions. MPP “negotiates licences from a public health perspective to enhance access and maximise opportunities for the development of needed formulations”.

According to Reuters, ViiV and MPP have confirmed that they will be negotiating further licenses meaning that generics firms are able to manufacture low-cost versions of an experimental drug, dolutegravir that is currently awaiting regulatory approval in Western markets. They also noted that ViiV only agreed to join the patent pool after negotiations which have been taking place for lengthy period of time and that Bristol-Myers Squibb, Roche and Boehringer-Ingelheim are currently discussing plans to join that program.