In a deal worth just under $500 million, GlaxoSmithKline has confirmed they will partner with venture capitalists to kick start up to 10 drug-discovery firms. 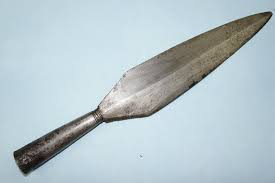 The collaboration has been designed so the GSK will support small start-up businesses set up by Avalon Ventures with finance and technical knowledge to help them search for drug targets.

The deal will mean that GSK will have first buying rights to any start-up company, ensuring they have a strong foothold in the drug discovery industry. Involving around 10 start-up firms, GSK will provide up to $495 million in seed funding and milestone payments.

The Wall Street Journal reported that the partnership marks the latest experiment by a big drug maker looking for new ways to kick-start the difficult search for new medicines, outside of their walls and with minimal risk. "We are going to immediately own this idea if it is successful, and the level of financial exposure is, frankly, quite small," said Dr Moncef Slaoui, head of GSK’s research and development.

In the last few years major pharma companies have been looking to external laboratories as well as partnering with universities in the search to identify new drug targets. GSK, Pfizer and Novartis have all been collaborating with tertiary institutes in efforts to discover new pharmaceuticals. GSK is now keen to take advantage of the relationship Avalon Ventures has with scientists and researchers in San Diego, which is a known hub of biomedical research.

Slaoui said to the Wall Street Journal that GSK was planning to “create some healthy level of competition” by reviewing how productive their internal laboratories were compared to the external collaborators in identifying novel medicines.

There has been growing interest by big pharma in venture capitalist collaborations. Early last year GSK and Johnson & Johnson formed a $200 million fund with Index Ventures to invest in early-stage biotechnology companies and Merck & Co formed a $270 million strategic collaboration with Flagship Ventures to foster early-stage life sciences innovation. These were strategic moves which it was suggested at the time would possibly attract more venture capitalists to the pharma industry.

GSK is a science-led global healthcare company formed in 2000 who now employs more than 99,000 people in over 100 countries, with more than a third of these in emerging markets.