Optimize the Patient Experience: Collaborate with Key stakeholders to deliver value at every stage of the patient journey.

Alzheimer’s: Can we save the world from a public health disaster?

Alzheimer’s disease is a ticking time bomb for public health around the world. If we don’t act now, it will single-handedly devastate global healthcare systems. 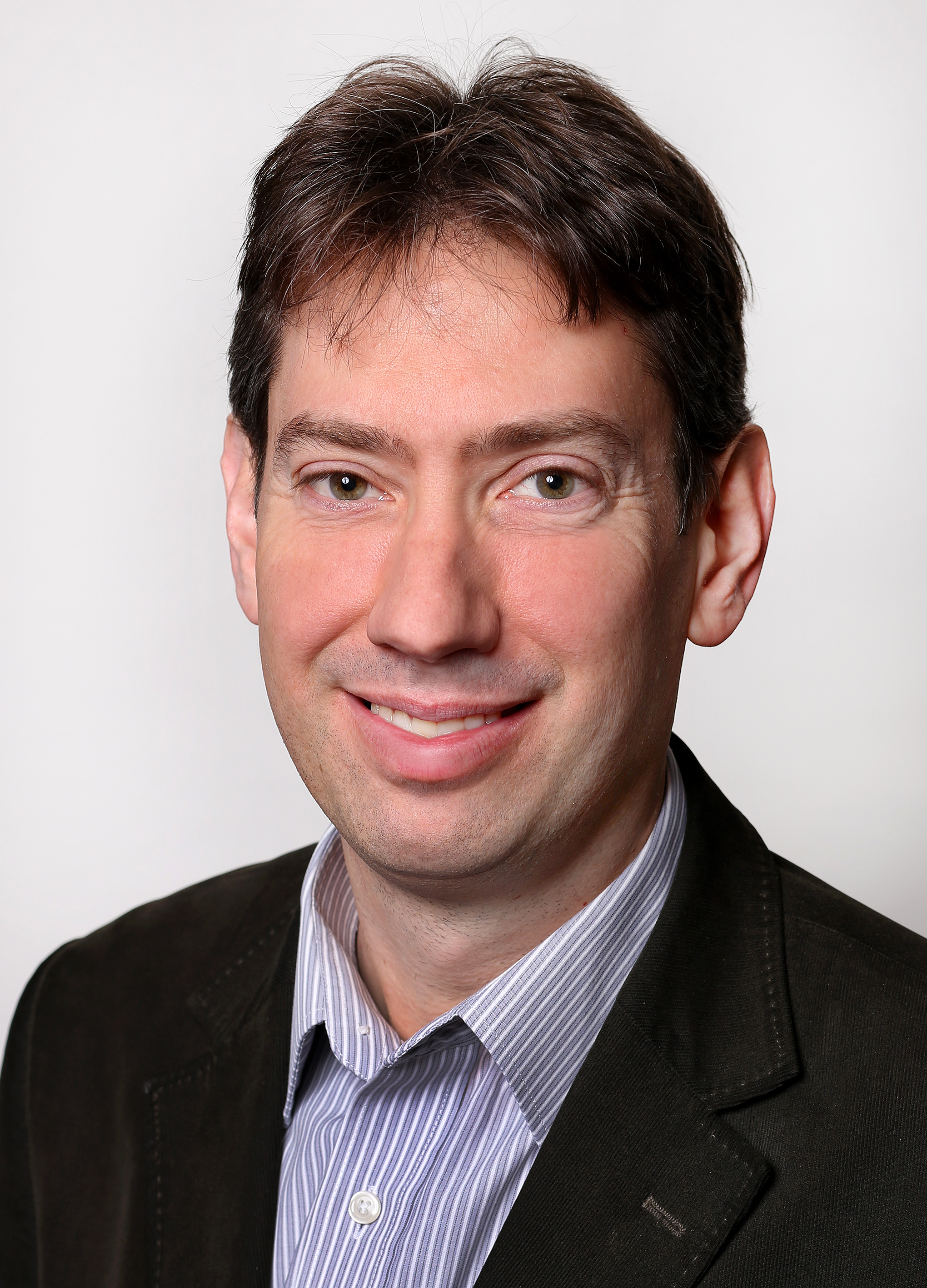 “I regarded finding I had a form of Alzheimer’s as an insult, and I decided to do my best to marshal any kind of forces that I could against the wretched disease,” the late Terry Pratchett wrote in 2008 in a piece first published by Alzheimer’s Society, and recently reprinted by The Guardian. The recent death of the beloved writer provides an opportunity to look into what forces governments, pharma, and academia are putting together to fight this mind-robbing disease that is set to treble worldwide by 2050, affecting an estimated 135.5 million.

Alzheimer’s “breakthroughs” hit the headlines almost daily, with often misleading information about “promising new treatments” and “medical turning points.” Completely disregarding that such discoveries, although they might be promising, have been made in animal models that don’t translate well into humans, the media feed on the possibility that hope for people suffering from this form of dementia might be around the corner. Sadly, the reality, which never makes for a catchy headline, is that the failure rate for new treatments in phase III trials is a staggering 99.6%.

“Why this happens is the subject of many discussions,” Simon Ridley, Head of Research, Alzheimer’s Research UK, explained in a recent interview with eyeforpharma. “Some people think that the treatments aimed at the amyloid hypothesis are misguided. However, as we’re learning more about the disease, we’re discovering that amyloid might just be an early triggering effect in the disease process. If you try to address it 10-20 years down the line, it’s too late.”

But there are other explanations. One problem identified by Ridley is whether there is sufficient evidence from phase II trials to justify moving on to phase III. After all, people are often prone to an overly optimistic interpretation of data, which doesn’t bode well for clinical efficacy.

Another challenge is associated with the heterogeneity of illness. “We need better stratification of patients,” Ridley asserted, adding that there is an increasing body of research into biomarkers, which will allow us to differentiate between specific groups of patients, and enable the measurement of disease progression. Currently, clinical trials rely almost entirely on memory tests, which are less than ideal. A biomarker that reflects the disease progression in the brain would be immensely useful as a measure against which to judge new treatments.

Finding relevant disease biomarkers is even more critical in the very early stages of the disease. The Innovative Medicines Initiative project EPAD will use a biomarker and modeling driven approach to identify the populations most benefiting from an intervention and make decisions on their efficacy in individuals that may well be completely asymptomatic. The collaboration between 35 stakeholders from the industry and academia, involving most of the important players in the AD research landscape, aims to test a new approach to clinical trials for drugs designed to prevent AD. Composed of two parts, the project will follow-up 24,000 individuals who are in early stages of the disease or at risk for developing Alzheimer’s to using disease biomarkers for their characterization and for disease modeling, before enrolling 1,500 participants in an adaptive clinical trial. 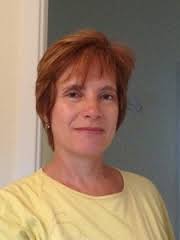 “Given the high failure rate in AD, what we need is a new approach to the way drugs are tested. Adaptive trials like iSPY were used in breast cancer, and we will use this approach for the first time in AD,” Elisabetta Vaudano, Scientific Officer responsible for the project, told eyeforpharma.

In the adaptive trial setting, there will be multiple treatment arms, and one shared placebo arm. “Based on the activity of the treatment and with the help of Bayesian modeling, we’ll be able to stop the treatment which we find ineffective, or move patients between arms based on their performance,” Vaudano explained. This will minimize the number of people exposed to ineffective treatments and placebo.

The project, funded for five years, is very ambitious, and builds upon two exiting projects run under the auspices of IMI (EMIF and AETIONOMY). “If we were starting from scratch, that would have been mission impossible, but the two projects that are already running, provide a good foundation,” Vaudano concluded.

Alzheimer’s Research UK, the world’s largest dedicated dementia research charity, announced mid-February a £30million Drug Discovery Alliance, launching three flagship Drug Discovery Institutes at the Universities of Cambridge, Oxford and UCL (University College London). The Drug Discovery Institutes will see 90 new research scientists employed in state-of-the-art facilities to fast-track the development of new treatments for Alzheimer’s disease and other dementias. Each Institute will be led by a Chief Scientific Officer working in tandem with some of the UK’s leading academic researchers based at each of the three universities and Alzheimer’s Research UK’s own in-house research leaders.

“Drug discovery in pharma has been happening but has been receding. However, there hasn’t been much happening in academia. We’re creating an alliance of academic centers of excellence, combining new ideas from academia with pharma’s expertise in drug discovery. We aim to minimize waste and duplication,” Ridley elucidates.

The Alliance aims to have a new drug ready to enter clinical trials by 2020. “It is ambitious, but you have to be ambitious. It’s more realistic than saying we’ll have a cure in five years. What we want is to identify compounds that will feed into clinical trials,” Ridley summed up.

A month later, the same organization announced a new US$100million Dementia Discovery Fund to invest in “pioneering research.” Introduced by Health Secretary Jeremy Hunt at the World Health Organization’s conference on the Global Action Against Dementia, the Fund brings together the UK Government, Alzheimer’s Research UK, and major pharmaceutical companies. “[The Fund] will harness the combined expertise and resources of government, the private sector, and the leading dementia research charity to scour the globe for promising assets that offer the best chance of being turned into effective treatments,” Dr Matthew Norton, Head of Policy at Alzheimer’s Research UK, said in a statement.

The Scale of the Impact

Alzheimer’s is a progressive, irreversible chronic illness, which takes away who you are. The disease can start as early as 20 years before the first symptoms. Symptoms are mild to start with. People forget names, they regularly fail to recognize familiar faces.  Then, there is disorientation. “You walk into a room and you don’t know what you’re doing there,” Ridley explained. As the disease advances, symptoms become more exaggerated, causing people to lose their ability to carry out daily functions. “With time, people need more care and support with things like feeding or going to the toilet,” Ridley said. On top of that there are emotional and behavioral problems, e.g. anxiety, which may stem from the fact that people are feeling things they can’t articulate, like pain or discomfort. “Not everyone has those symptoms, but they’re quite common,” Ridley pointed out.

With very mild AD people need some extra looking after, but they can still live pretty well. But with time, the need for care increases, often forcing carers to put their loved ones in a home, which can be very distressing.  Alz.org estimates that in 2013, family and friends provided 17.7 billion hours of unpaid care to those with Alzheimer’s and other dementias – care valued at US$220.2 billion, which is nearly eight times the total revenue of McDonald’s in 2012.

Although AD affects 44.4 million people worldwide, and is expected to expand to 135.5 million by 2050, costing an estimated US$214 billion in 2014 in the U.S. alone, treatments currently available offer mere symptomatic relief, but don’t target the root of the problem, which remains unknown. “Technically, you could argue that if you could get something that reliably and sustainably relieves the symptoms, that would be enough, although that would be very, very difficult, which is why I think it’s far more attractive to treat the problem at its cause,” Ridley pointed out.

Alzheimer’s disease is a chronic, progressive disease that, if left untreated, will bankrupt global healthcare systems in the coming decades. No one force is mighty enough to take care of it by itself. What we need is cooperation from governments, academia, and the industry in the fight against this mind-robbing illness. Initiatives described above are a good start, but more focus is needed to deliver impactful change.

Optimize the Patient Experience: Collaborate with Key stakeholders to deliver value at every stage of the patient journey.