Going against the proponents of disclosing clinical trial data, AbbVie has filed an injunction to prevent the European Medicines Agency from releasing detailed patient-level data from studies concerning its blockbuster drug, Humira (adalimumab), a treatment for rheumatoid arthritis. 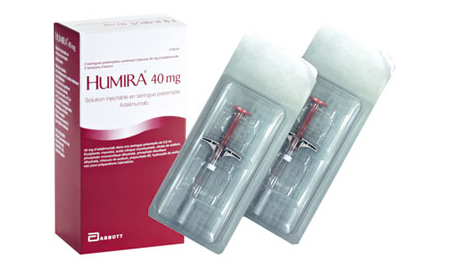 Although the debate about data transparency has so far mainly focused on the accessibility of data for reassessment by independent researchers, The Financial Times reports that pharma companies have been trying to gain the information owned by their competitors. Notably, UCB, a manufacturer of Cimzia (certolizumab pegol), an antiviral treatment alternative to Humira, filed a request with the EMA under the Freedom of Information act seeking access to raw data on safety and efficacy of Humira, leading AbbVie to sue EMA to stop release of the data.

The move came in the midst of a developing debate over disclosure of clinical data, where doctors, regulators and academics argue that full access to patient-level data and full case-study reports is crucial for the well-being of evidence-based medicine. Big pharma have been resisting the change quoting concerns over breaching patient confidentiality and making commercially-sensitive information available to the public.

The EMA noted that most requests for data filed under the Freedom of Information Act come from competitors and not academics.

AbbVie, an enterprise created after the split of Abbott Laboratories earlier this year, told the FT that its actions aim to protect the company’s ‘confidential and commercially-sensitive information,’ adding in a statement that the company supports the efforts toward transparency of clinical research ‘for the benefit of patients and healthcare professionals [but not] the disclosure of commercially confidential information that does not meaningfully contribute to the scientific review or evaluation of our products".

This is the second time Humira finds itself the subject litigious action.

Last year, Abbott Laboratories (ABT) filed a citizen’s petition with the FDA calling on the agency not to approve any products for rheumatoid arthritis that are similar Humira, claiming that the approval process would require the FDA to use confidential information submitted as part of the original approval application, Ed Siverman reported on Pharmalot.

Meanwhile, another petition against the EMA was submitted by InterMune, and supported by the European Federation of Pharmaceutical Industries and Association, and the Pharmaceutical Research and Manufacturers of America. Martin Harvey-Allchurch, head of communications at the EMA, who confirmed to PharmaTimes World News that those cases have been brought against the agency, noted that "[the EMA] will continue to respond and process all requests for data information unless informed otherwise by the European courts.’

Last year, the EMA declared that as of 2014, they would make all data submitted as part of the approval process available to the public, once the process had been completed. How the present litigation will change that commitment, if at all, remains to be seen.