3D printing is revolutionizing pharma by allowing new substances to be tested directly on human tissues, and by changing the economies of scale, whereby any drug can be cost effective. 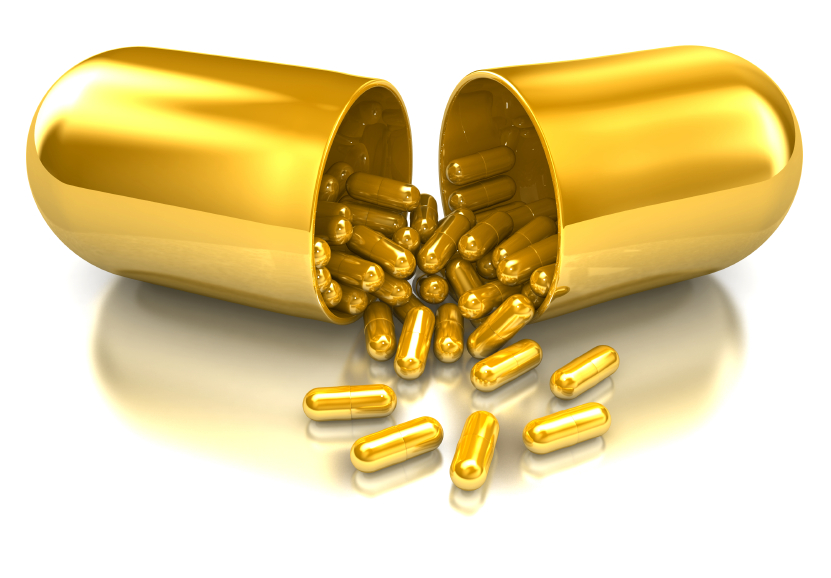 In 2012, Lee Cronin from the University of Glasgow shared his vision in a TED talk. In the future, he said, doctors will no longer write prescriptions, but will provide patients with alogorithms that will allow them to print their own medication at home. "With a printer, it should be possible that with a relatively small number of inks you can make any organic molecule", he told the Guardian. If he were right, somewhere down the line, Cronin suggested, the technology would potentially enable a greater range of drugs to be produced, changing the economies of scale, and making any drug cost effective.

Two years ago, Cronin admitted that his vision was in the “science fiction stage,” but dream – if in a slightly altered form – might be turning into reality sooner than anticipated.

“3D printing will strongly impact pharma’s business model, the question is just when and how,” say Capgemini Consulting. Although they don’t expect home printing of drugs to be available any time soon, they do predict that printed tissues and organs for drug testing purposes will revolutionize pharmaceutical R&D, freeing the industry from testing on less accurate animal or synthetic models.

What does this mean for the industry? For one, the use of the technology might reduce the overall cost of R&D by lowering the risk of trial failure. Developing a new drug costs upward of US$4 billion. Even after extensive testing in the lab and on animals only a handful of drugs are successful enough to go on to clinical trials in humans. Astonishingly, the failure rate of drugs in clinical trials is 90% because humans and animals often respond differently.

Although they don’t expect home printing of drugs to be available any time soon, they do predict that printed tissues and organs for drug testing purposes will revolutionize pharmaceutical R&D, freeing the industry from testing on less accurate animal or synthetic models.

There are 200 ways to cure pulmonary fibrosis in mice but not a single disease in humans,” said Sam Wadsworth, co-founder and director of biology of Aspect Biosystems.

Besides animal models, researchers rely on 2D cultures in petri dishes, but these cannot model the complex 3D intercellular interactions occurring in human organs. 3D printing can solve this problem.

Bioprinting has already had some success. Last year, a two-year-old girl in Illinois, born without a trachea, received a windpipe built with her own stem cells. In addition to that, the U.S. government has funded a university-led “body on a chip” project that prints tissue samples that mimic the functions of the heart, liver, lungs, and other organs. The samples are placed on a microchip and connected with a blood substitute to keep the cells alive, allowing doctors to test specific treatments and monitor their effectiveness, CNN reported earlier this year.

We expect the technology to provide new opportunities for specialty products".

But printed organs are only one piece of a bigger revolution brought upon medicine by 3D printing. Slightly altered version of Cronin’s vision is already becoming reality at Aprecia Pharmaceuticals, a company built upon a 3D printing technology platform. They are the first and only company in the world to utilize this technology for the development and commercial scale manufacture of pharmaceutical products.

“We expect the technology to provide new opportunities for specialty products,” said Don Wetherhold, Chief Executive Officer at Aprecia Pharmaceuticals, in an interview with eyeforpharma. “We expect it to happen in the short term for high-dose, fast-melt products, which we’re focusing on first through our product line. Over time, we believe there will be similar opportunities in controlled release products, for example, to meet the need for a specific release profile for a certain drug,” he added.

At Aprecia, they believe that getting medicine into the human body reliably and accurately is both a challenge and a big opportunity. While the most common method of taking medicines is to swallow tablets, capsules, or liquids, swallowing poses a significant difficulty for some people. The elderly, children, and special patient groups (such as stroke, neurological and cancer patients) are all more prone to having difficulty swallowing tablets and capsules, and while liquids might be perceived as a useful alternative, they come with their own set of challenges. Overcoming those obstacles translates into real clinical and commercial value by improving patient compliance and accuracy of dosing.

Founded in 2003, the company has focused on applying 3D printing to a new “fast-melt” formulation platform technology, which brings easy-to-swallow functionality to high dose products that remain unaddressed by prior technologies. How does it work?

“The technology is a formulation platform for high-dose rapidly dispersing dosage forms", Wetherhold explained. “The platform is a result of a good material science and layer-by-layer control of 3DP, yielding highly-porous structures even at high loading, and high doses of drug. Accordingly, our products have more ‘headroom’ to accommodate taste-masking techniques that go beyond inclusion of flavors and sweeteners, and may involve coating, complexation, or other particle engineering techniques.”

He goes on: “We chose ingredients from existing pharmaceutically acceptable materials (e.g. GRAS, food additives,etc), but employ them somewhat differently – and with very specific process settings to create the porous network of each product. The end result is a high dose product that still disintegrates very rapidly, and we can do this for a wide range of substances.”

Industry-wide, Wetherhold echoed Cronin’s belief, 3D printing will help enable specialized approaches for delivering certain molecules or therapies, or both, offering a “best fit” solution for patients whose needs are not fully met by other technologies. He is enthusiastic about the opportunities to design unique structural or compositional features into each “slice” of the product, but cautions that commercializing the technology might be more difficult than anticipated in a highly regulated industry. “We expect to address this challenge as we work through our first NDA, establishing the commercial path for products like that,” Wetherhold asserted.

Aprecia’s first product will be a high-dose, fast-melt drug offered in multiple strengths, up to 800 mg, aimed at improving the dosing experience for patients, especially younger and older individuals, who would otherwise have to take a very large tablet or a liquid preparation. “We do not expect to announce any additional details until the product is filed,” Wetherhold stated, adding that what gives the company a competitive edge is the fact that they will produce ODTs [orally disintegrating tablets] with higher strengths than currently available on the market. They expect to file their first NDA in the second half of 2014, and expect approval by the end of the second half of 2015.

According to Stephen King from the CDER Trade Press Office at the Food and Drug Administration, Center for Drug Evaluation and Research, there is a “clear potential” for 3D printing to allow entirely new formulation types, such as new geometries, complex multi-later or multi-reservoir tablets, to turn 3D printing into large-scale manufacturing the “regulatory requirements could be a hurdle to be cleared.” “The technology is still in development and has many drawbacks,” King explained.

3D printing will certainly change the way pharma operates. Printing of tissues and viable organs which enable toxicity testing, and development of drugs that may eventually lead to each patient printing their own prescription might sound like something out of a science fiction novel, but they’re closer than we can imagine.