The U.S. Versatile Test Reactor (VTR) has moved into a new stage in its development and will be the rising tide that floats all boats across the country’s nuclear industry, according to scientists and companies at work on the project. 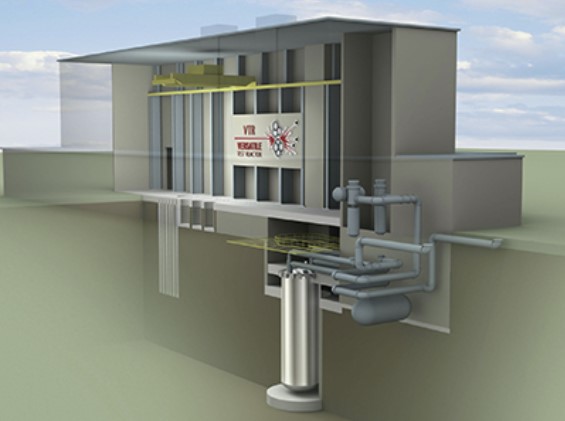 An artist's rendering of the Versatile Test Reactor (Source: INL)

Plans for the reactor moved into the design-and-build phase after U.S. Department of Energy (DOE) approved Critical Decision 1 in September though to advance on schedule would depend on the release of Congressional funds.

“Going from Critical Decision 0 to Critical Decision 1 is an enormous accomplishment. This is a key piece of research infrastructure that enables a lot of different technologies. It’s something that we’ve got to have if we are to fully explore the advanced nuclear space and find out what the ultimate potential is for these technologies,” says Deputy Director of the National Reactor Innovation Center at the Idaho National Laboratory (INL) Nicholas Smith.

For the next step, Battelle Energy Alliance (BEA), the managing and operating contractor for the DOE’s INL, is in contract negotiations with a team led by Bechtel National Inc. (BNI), which includes GE Hitachi Nuclear Energy (GEH) and TerraPower.

The United States is attempting to regain international influence in the civil nuclear industry as pressure rises to find carbon-free ways to power the world’s largest economy and after years of failures to innovate and expand its nuclear reactor fleet.

A team of experts from six national laboratories, 19 universities and nine industry partners have been developing a design, cost estimate and schedule for the VTR since the program was established in 2018.

The VTR will test the performance and safety of advanced reactor materials and collect valuable data for design, development, and licensing by exposing new fuels, materials, instruments, and sensors to radiation in the form of fast neutrons as if inside a fast reactor.

“From a perspective of a healthy nuclear industry, one of the most important benefits of this project is that it will demonstrate and develop a supply chain that the nuclear industry so desperately needs,” says Vice President of Business Development and Operations at Bechtel Power Corporation Ahmet Tokpinar.

The INL team says it hopes to start the reactor between 2026 and 2031 but that the schedule is contingent on funding being available on a timely basis over the next six years.

The United States has fallen behind in the civil nuclear sector in the last few decades to Russia, China and South Korea as existing plants are decommissioned and few new plants are brought online due to their relatively high cost compared to fossil fuels, long roll-out times and a lack of public trust in the industry.

“We have had testing capabilities in this country, and we walked away from it and now, a few decades later, we are finding out that it may not have been necessarily the best decision to make. We could have used them in the interim,” says Kemal Pasamehmetoglu, executive director of the VTR project at INL.

The United States has just two under construction and a little more than a dozen in the planning or proposal stage.

“Nuclear is a very challenging and complex industry with very challenging projects. They are very difficult to build and you can’t establish an industry with just a couple of projects,” says Tokpinar, adding that the two planned via the Department of Energy’s Advanced Reactor Demonstration Program (ARDP) are a step in the right direction though more are needed.

The VTR is a very critical part of the puzzle, he says, not only due to its testing capabilities but also because the very building process helps to build a working supply chain while maturing and sustaining the skill sets needed for the next generation of advanced reactors. 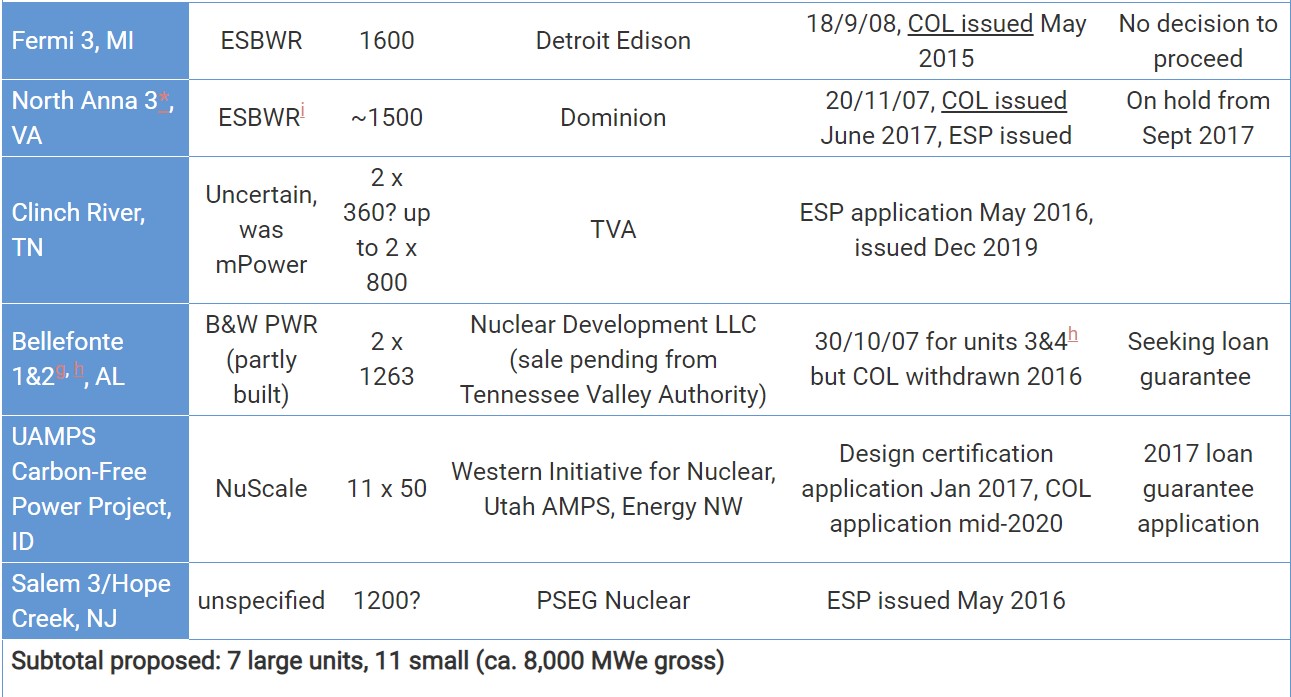 Bechtel took over the construction of Vogtle units 3 and 4, the first Gen III+ units built in the United States, in 2017 and Tokpinar notes that the lessons learned on that project, together with the VTR and ARDP, need to be directed toward rebuilding the U.S. industry.

Techniques common for the automotive, oil and aerospace industries, such as 3D modelling and the creation of digital twins, are being developed for the VTR so that a detailed plan can be made before anyone even sets foot on the site.

Digital engineering is one of the techniques that has been included in VTR conceptual design stage and, in doing so, is helping to bring that technique to the fore for the entire U.S. nuclear industry.

“When we started this project we found out that our commercial nuclear sector is way behind in being able to use those modern tools and in being able to complete their designs compared to other high tech areas such as aerospace and the automobile industry,” says Pasamehmetoglu.

The VTR, unlike the current light water reactor design, will use sodium as a coolant thereby testing a method not commonly used in today’s reactors but increasingly popular in new advance reactor designs.

There are more than 40 companies working on advanced nuclear reactor designs in the United States alone, including the ARDP.

However, the United States shut down its fast neutron spectrum testing facility, the Experimental Breeder Reactor-II (EBR-II), in 1994 when nuclear energy was not believed to have much of a future and it was agreed the nuclear technology at the time was sufficient.

Meanwhile, the Russian’s fast 60MWe sodium-cooled test reactor BOR-60 is a low-power NPP prototype and one of the only reactors in the world that can test new materials that can endure higher temperatures and energetic and neutron-rich radiation environment inside the new advanced reactors under development.

The Russians plan to keep the BOR-60 operating and, in parallel, replace it with a new test reactor, making Russia one of the only places companies can go to test the many advanced reactor designs in the pipeline.

“It does put the US in a very difficult position. If you pay them enough money, they are willing to do some experiments for us, but to be honest, if I were a U.S. company and I were to be competing with Russian technology in the future, would I really want the Russians to do the experiments for me?” says Pasamehmetoglu.

However, for U.S. companies to use the Russian test reactor, highly regulated fissile material would need to be transported between countries leading to export control and transportation issues while new technology prompts potential data and intellectual property issues.

However, the current rush to develop advanced reactors that range from microreactors of less than 10 MW to gigawatt-sized plants does not mean the schedule for the VTR is too late for the United States to remain competitive in the civil nuclear space he says.

“If we are going to transition into a clean energy technology, and if a lot of that is decision is driven by climate change, I think this is a continuous process,” says Pasamehmetoglu.