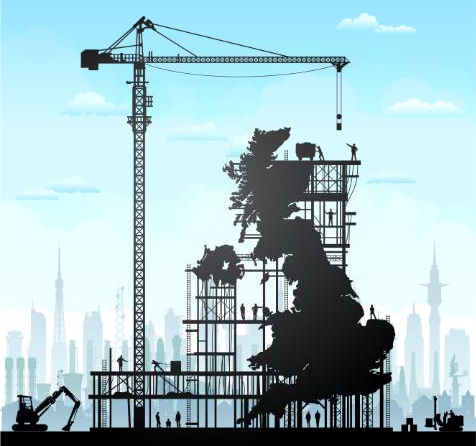 Westinghouse has proposed to partner the UK government in the licensing and deployment of its Small Modular Reactor (SMR) technology.

"The unsolicited proposal outlines a shared design and development model under which Westinghouse would contribute its small modular reactor conceptual design and then partner with UK government and industry to complete, license and deploy the design," the US firm said in a statement October 20.

Westinghouse’s SMR design is a 225 MWe integral pressurized water reactor which holds all primary components inside the reactor vessel.

The proposed partnership would be structured as a UK-based enterprise jointly owned by Westinghouse, the UK government and UK industry, the company said.

"The NRC approval is a significant step toward design certification and will reduce the time ultimately needed to license the Westinghouse SMR," it said.

The Westinghouse SMR uses a passive safety system and its design is derived from the AP1000 plant, which received a design certification amendment from the NRC in 2011.

US nuclear capacity to rise despite closures: EIA

US nuclear power capacity is forecast to rise by 2020, as new additions outweigh planned closures, the Energy Information Administration (EIA) said in a statement November 2.

"Despite the scheduled closure of more than 2,000 MW of nuclear generating capacity by 2019, scheduled additions of more than 5,000 MW of capacity between 2016 and 2020 could result in a net increase in total U.S. nuclear capacity," EIA said.

The projections do not factor in Entergy's announcement November 2 that it would close its 852 MW James A. Fitzpatrick nuclear plant in New York State due to unfavourable market conditions. 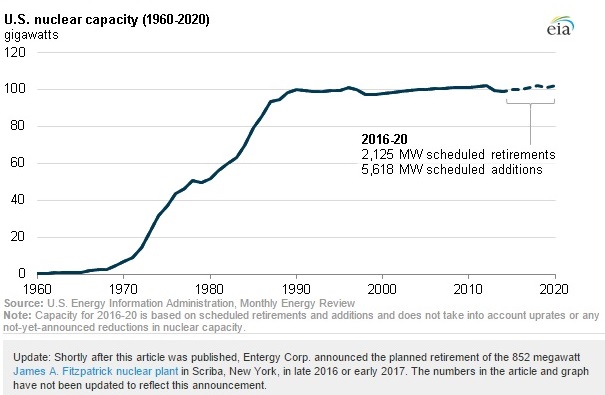 Entergy has decided to close its 852 MW James A. Fitzpatrick nuclear power plant in New York State due to sustained low wholesale energy prices which have been pressured by record low gas prices on the back of shale supplies from the nearby Marcellus formation.

The plant operates on a merchant basis making its profitability highly sensitive to wholesale power prices.
Market prices have been heavily curbed by excess power supply and low regional demand.

"Current and forecast power prices have fallen by about $10/MWh, which equates to a projected annual loss of more than $60 million in revenues for FitzPatrick," Entergy said in a statement November 2.

When FitzPatrick closes, Entergy will have one power generating facility in operation in New York State, the Indian Point Energy Center in Buchanan.

Around 12 US nuclear plants are at risk of early retirement due to market pressures, some 11% of nuclear power capacity, according to an analysis by SNL Financial. SNL reportedly used data from UBS, Moody's and Fitch in its analysis.

Under the agreement, signed in London October 21 in the presence of Chinese President, Xi Jinping, and UK Prime Minister, David Cameron, EDF will retain a 66.5% share in the Hinkley point C plant which will be the first nuclear plant in the UK in over 20 years.

"Without reducing this initial stake below 50%, EDF intends in due course to bring other investors into the project," EDF said in a statement.

CGN will make its investment through its new company General Nuclear International (GNI) and the Final Investment Decision (FID) for the plant is expected by the end of this year.

EDF and CGN also agreed the Heads of Terms of a wider UK partnership for the joint development of future new nuclear power stations at Sizewell in Suffolk and Bradwell in Essex. The terms of this agreement will be finalised before the FID for Hinkley Point C.

Lloyd’s Register Energy has signed a cooperation agreement with the Nuclear Power Institute of China to help design and develop a floating vessel containing a Small Modular Reactor (SMR).

"The first contract under this Framework Agreement is to develop new nuclear safety regulations, safety guidelines, and nuclear code and standards for the floating vessel, that are consistent with Offshore and International Marine Regulations and the IAEA Nuclear Safety Standards," Lloyd’s Register Energy said.