VTT aims for simple, safe, and cheap in its district heating SMR design 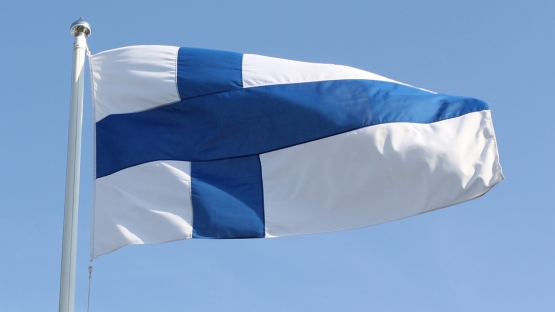 Over a third of Finland's generated power comes from nuclear. (Image source: IAEA)

VTT Technical Research Center in Finland has already begun the first phase of a project to develop such an SMR with a conceptual design for a plant that can power the heating networks of Finnish cities of any size. They hope to have a licensed and operational product by the end of the decade, they say.

Nuclear power is already the primary source of electricity generation in Finland, accounting for just over a third of the country’s production and, with the vast majority of homes in the capital Helsinki warmed through district heat, the use of nuclear reactors to power that heating could be a perfect fit.

Finland aims to phase out coal in energy production by 2029, and in a country where the average temperature is below 10C through more than six months of the year, simplified SMRs designed specifically for district heating is one of the few options available.

“All SMR concepts aim to benefit from simplified design. When you have simpler design and fewer moving parts, it means it’s easier to demonstrate and that helps with public acceptance,” says VTT Research professor for reactor safety Jaakko Leppanen.

Conventional SMRs, designed for electricity production, require 300 Celsius (572 Fahrenheit) operating temperature for their steam turbine cycle, while the inlet temperature for a district heating network is around 100 C, Leppanen says.

The VTT team’s project was given the greenlight just a couple of months ago and since then, what was previously a mostly theoretical study into the feasibility of SMR-run district heating models, has accelerated rapidly into a practical design process.

The team’s work on the potential of SMRs for district heating gained traction over the last couple of years after the election of younger politicians that recognized that fossil fuels for heating needed to be replaced and agreed nuclear was an option, Ville Tulkki, VTT Research Team Leader, tells Nuclear Energy Insider.

Political nuclear champion and Helsinki city councilor Petrus Pennanen has called for greater attention to be paid to the new SMRs since more than half of Helsinki’s carbon emissions come from district heating.

“If we are serious about decarbonizing Helsinki, we need to at least take an honest look at these upcoming reactors,” he has said.

At first, VTT looked at importing systems, including reactors like the NuScale power modules used in CHP mode or DHR-400, but these reactors, which are used for both power and heat generation, are too powerful for the current 50-100 MW systems they were hoping to replace.

“We talked to the Finnish stakeholder, utilities and so on, and we are now building up a Finnish industrial eco-system … it became quite clear that if we were to look at international designs, they were too large, which would only be useful for the capital region,” Tulkki says.

Solutions were needed in smaller cities and towns in Finland, as well as other countries in the region such as Sweden, Poland and Estonia, with populations in the hundreds of thousands. However, existing designs went from micro reactors, aimed at small communities and mining operations, to Chinese-developed reactors for populations in the millions.

The challenge the researchers face is finding a reactor size that is the small enough to heat just a medium-sized town but not so small that the operating and maintenance costs are prohibitively high.

“The smaller reactor, the more expensive maintenance is per unit of energy and these are the design decisions we need to optimize around. A smaller power plant would fit into more grids, but the cost of energy would be higher because operation costs would be higher per power plant, so the question is, where is the economic sweet spot?” says Tulkki.

For the moment, the researchers are aiming for a reactor with a solution that is as simple and safe as possible with capacity of below 200 MW, but a model that generated just dozens of megawatts would unlikely to be economically feasible, they say.

“We know that if we go to 400 MW, we can make it economical, but the real question is how small can we scale this technology and still be economical, and that is a case of optimization,” says Leppanen.