The UK government's decision to raise nuclear R&D spending and launch a Small Modular Reactor competition propels the UK towards the first Generic Design Assessment from around 2017 and the first commercial reactor in the late 2020s, industry experts said. 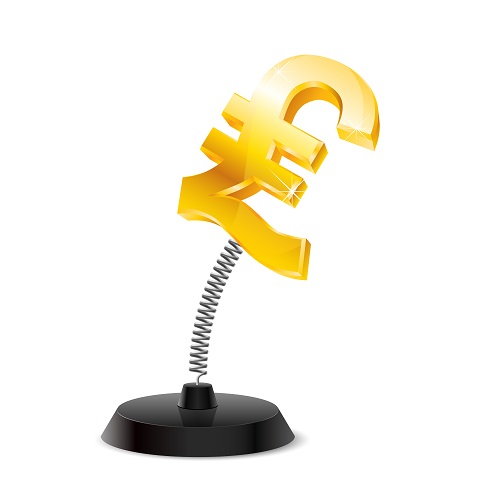 UK Chancellor George Osborne announced November 25 a new range of measures to support the next generation of nuclear power plants which will include investment of at least GBP250 million in nuclear R&D over the next five years and the launch in early 2016 of a competition to identify the most cost efficient Small Modular Reactor (SMR) design.

The measures, announced in the Autumn Spending Review, are a significant boost to the advanced nuclear industry and come as global SMR developers move towards cooperation with UK firms and the government to develop the first commercial reactors.

"The announcement in the Chancellor’s Autumn Statement was very welcome and good news for the sector. It demonstrates that Government is committed to an enduring and successful nuclear industry underpinned by a robust research base and we look forward to hearing more detail about how key aspects such as SMR’s will be progressed," Sue Ion, Chair of the UK's Nuclear Innovation and Research Advisory Board , told Nuclear Energy Insider.

"This has the potential to accelerate the development and deployment of SMRs," Mike Middleton, Strategy Manager, Energy Technologies Institute, said.

The above table assumes large and small nuclear power retains a 12.5% share of global primary electricity production through to 2035. The UK estimate of 7 GW is based on 4 GW  deployment at currently-licensed nuclear sites and 3 GW at government owned sites e.g. former military. The UK expanded estimate of 21 GW is based on ETI projections using the ESME model.

The UK government has signalled increasing support for SMR development and is studying the commercial feasibility of current designs. This follows a technology feasibility study published by National Nuclear Laboratory (NNL) in 2014 which said SMR development would allow the UK to regain technology leadership in the nuclear sector. The study reviewed the CNNC ACP100+, B&W and Bechtel mPower, Westinghouse and NuScale SMR designs.

Industry interest was heightened in October when Westinghouse proposed to partner the UK government in the licensing and deployment of its SMR technology, by contributing its conceptual design and partnering with UK government and industry to complete, license and deploy the plant.

Oregon-based NuScale plans to submit design certification application for its SMR to the US Nuclear Regulatory Commission (NRC) in 2016 ahead of the first US plant by 2023, and believes it could build its first UK plant by the mid-2020s.

NuScale aims to use the latest manufacturing technologies and economies of series to lower the Levelized Cost of Electricity of its SMR plant from $100/MWh (£65/MWh) for a First Of A Kind (FOAK) plant, to $90/MWh (GBP59/MWh) or below for subsequent reactors.

In the US, NuScale has used funding from the Department of Energy (DoE) to advance its development program. In 2014 the company received $217 million from the DoE towards the design certification application and other commercialization engineering, analysis and testing.

The UK government will also have to provide support for SMR developers in order for the UK to establish its own technology leadership and achieve the first commercial reactor in 2025-2030, Middleton told Nuclear Energy Insider.

"The next 10 years are key for proving technologies at scale and in markets that you then want to roll out for the following 20 years to get to a low carbon economy," he said.

"Based on current claims from SMR technology vendors, and assuming that a technology selection process was conducted efficiently and effectively during 2016-early 2017, it would be reasonable to expect a first SMR in commercial operation in UK around 2027, certainly before 2030," Mike Tynan, director of the UK's Nuclear Advanced Manufacturing Research Centre, said.

The winner of the government's SMR design competition would then be well-positioned to start the UK's Generic Design Assessment (GDA) process, which is typically estimated to take around five years but can take longer if issues arise.

EDF-Areva's 1.6 GW EPR is thus far the only third-generation reactor to complete the GDA process conducted by the UK's Office for Nuclear Regulation (ONR) and the process took five years.

Westinghouse is aiming to complete the GDA for its AP 1000 reactor by January 2017, while the GDA for the Hitachi-GE UK ABWR reactor design is forecast to be completed at the end of 2017.

The completion of these design assessments would free up more resources at the nuclear regulatory authorities to concentrate on SMR assessments, Middleton said.

The government's new support measures for SMR development provide a roadmap towards this GDA window, he said.

According to Tony Roulston, Lecturer Nuclear Energy at University of Cambridge, the government's new measures triple UK public spending on nuclear research from about GBP15 million per year to GBP50 million per year and some of the spend will be on generic SMR technical and safety assessment issues.

"It is expected that the new funding will both re-open some key research facilities at NNL that were moth-balled, and will re-start key materials and safety R&D programs," Roulston said.

The Chancellor's Autumn Statement explicitly says the GBP250 million spending package will create opportunities for nuclear centers of excellence in the north of England, in Sheffield, Manchester, and the northwestern Cumbria region which currently hosts the Sellafield fuel fabrication and reprocessing facility, a low level waste repository and the site of Nugen's planned 3.4 GW Moorside power station.

The UK has already pledged GBP25 million towards a GBP50 million joint nuclear research and innovation centre with China, which will also be based in the north-west of England. The facility will allow UK and Chinese academics and industry experts to work together across the whole nuclear power cycle.

Industry experts expect the government to seek assurances over the long-term employment sustainability and supply chain gains which would accompany the new designs in the UK.

Roulston said the new spending will also improve manufacturing technology and factory designs to achieve the higher level of productivity and quality that are possible from the module-based construction of SMR plants. Construction schedules of as little as three years may be possible, he said.

By helping to lower costs and durations of reactor development and construction, the UK funds will help "move the UK from being purely a ‘purchaser’ to once again being in part a ‘creator’ of nuclear technology,” Roulston said.