The inclusion of nuclear power in European taxonomy is welcome but too full of clauses to be useful for long-term nuclear investors and is more a result of political posturing than environmental science, say investors and industry heads. 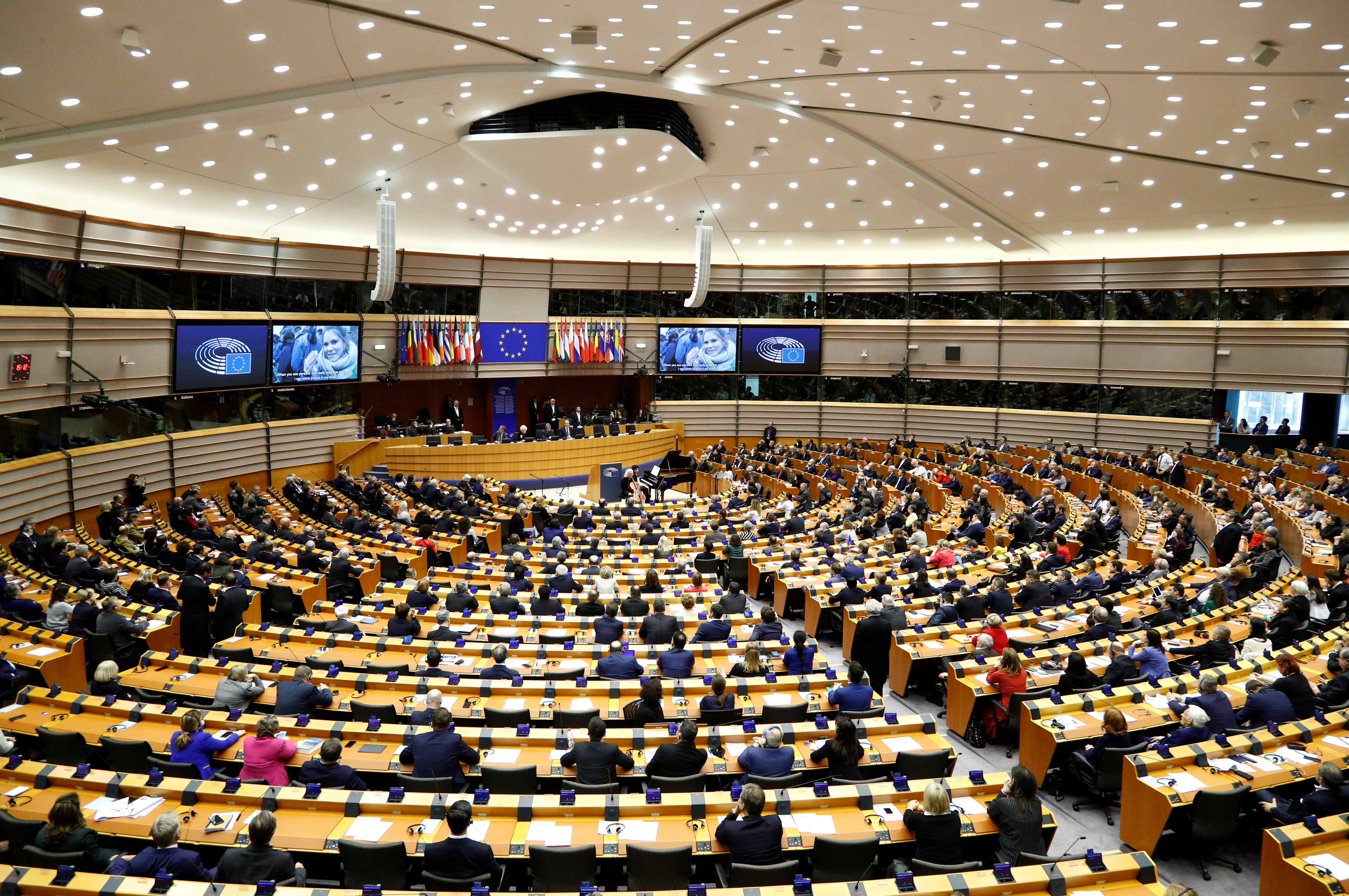 The financial community is pouring more capital into projects with an environmentally sustainable label, and the exclusion of nuclear puts the technology at a competitive disadvantage against renewables.

Nuclear energy and natural gas have been added to the European Union’s 'sustainable finance taxonomy’, the list of economic activities and environmental criteria they must meet, and this should, in theory, open financiers’ wallets and help make nuclear power cheaper.

“The EU taxonomy is an important step to align the finance sector with climate and sustainability goals. It is a tool for extra-financial disclosure, which is expected to play an important role in encouraging investments in eligible technologies,” says Michel Berthélemy, Nuclear Energy Analyst at the OECD NEA in an emailed response to questions.

The decision to include nuclear in a complementary Delegated Act (CDA) of the EU taxonomy was taken after over a year of intense lobbying as leaders from the 27-member economic bloc fought over what can be accepted as sustainable.

Though it still needs to be passed by the European Council and European Parliament, the CDA is expected to come into force at the beginning of next year.

Explicit government support for nuclear power is essential in keeping lending rates reasonable. Long-term payments to banks that have loaned at high-risk rates can make up more than two thirds of a nuclear project’s total construction costs, according to the OECD NEA.

The CDA has been controversial on both sides of the debate.

Some environmentalists and anti-nuclear states, such as Germany, say adding nuclear is ‘greenwashing’ and grants the technology a sheen of sustainability they claim it does not have due to radioactive waste.

These complaints are not based on scientific understanding of nuclear power and have led to a CDA that is both unhelpful to the investor community and are little more than a political fudge, say opponents.

"Nobody, at the moment, is taking this seriously for the longer term. It was not a piece of science or engineering: it was a piece of political street theatre and horse-trading. The EU’s own technical advisers already said nuclear is green. All the investors and all the construction and energy companies are looking at this and saying, fine, we’ll go to where the real political support is,” says Chairman of the UK’s Nuclear Industry Association (NIA) and Chairman of Nuclear Risk Insurers (NRI) Tim Stone.

"So, in Europe, that would be France of course, and the central and eastern European countries, Poland, Czech Rep, Estonia, Romania, and others; that’s where the effort will go and the countries that have been playing games will be treated appropriately." 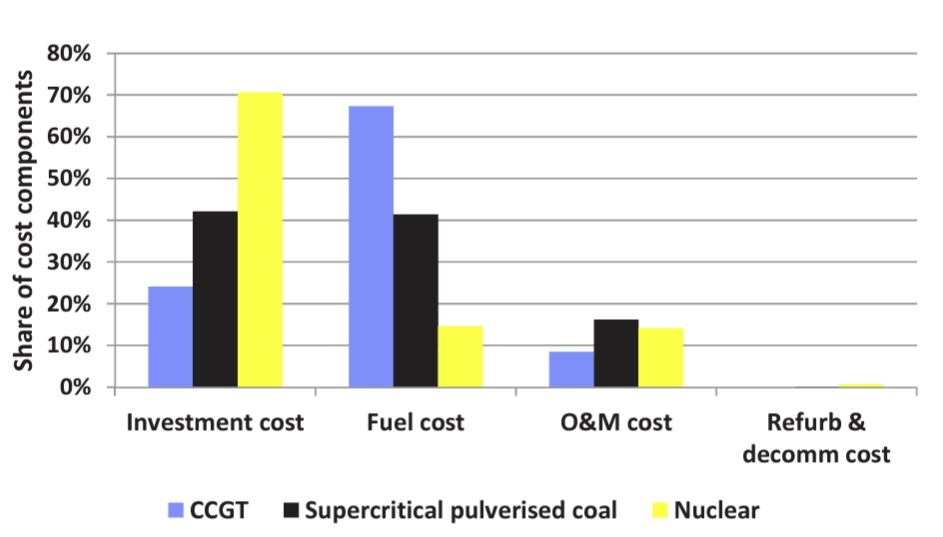 Nuclear can take its place in the EU taxonomy – which is being watched closely worldwide by countries eager to employ nuclear and drafting their own legislation – as a transitional technology that will help the adaptation of renewables, according to the CDA draft.

“(The taxonomy) covers economic activities that are clearly not climate neutral or renewable but could, under strict conditions and for a limited time, enable the transition towards a sustainable energy system, such as the economic activities in the natural gas and nuclear sector,” the draft notes.

Nuclear activity covered includes research, construction, and life extension, while mining and milling, which mostly takes place outside of the EU, is excluded.

This may be difficult to implement, the OECD’s NEA Berthélemy says.

During their lifetimes, most nuclear facility’s structures, systems, and components are replaced as part of normal maintenance procedures as well as through more extensive refurbishments, he says.

“These replacements mitigate the impacts of ageing and allow operators to implement the necessary safety upgrades in accordance with the latest available regulations, knowledge, and operating experience. Consequently, it can be challenging to differentiate LTO expenses from normal operating and maintenance expenses,” Berthélemy says.

Other conditions include the necessity to use Accident Tolerant Fuel (ATF) in all existing plants and Generation III new builds by 2025 and operational facilities for the disposal of low- and intermediate-level radioactive waste in each nuclear-using country.

This is also problematic, according to the Foratom Director General Yves Desbazeille.

“Accident-Tolerant Fuels are still in the testing phase and will thus not be commercially available (nor certified and approved) by 2025 making it impossible for projects to meet this criteria,” Desbazeille said in a statement.

Criteria for Generation IV reactors are yet to be developed.

The box-ticking nature of green investment means some large investors such as pension funds may still shy away from putting money into nuclear power.

The President of the European Investment Bank Werner Hoyer has said the bank will not change its own investment policy which excludes nuclear power, regardless of the CDA guidelines.

Investors are deeply divided over the choice to place gas and nuclear within the taxonomy, according to a Reuters survey of 16 fund managers with $6 trillion in assets. Some say the inclusion would encourage financing for facilities to help wean countries off dirty fuels such as coal while others said nuclear and gas were part of the problem.

Meanwhile, Canada’s Bruce Power's C$500-million green bond – the first green bond backed by nuclear power generation – saw demand outstrip supply by six times despite no nuclear taxonomy in the country and against all expectations proving investors are ready to finance nuclear at a competitive rate under the right conditions.

This level of financial interest, positive investment notes from banks such as Nataxis and Barclays, and increased focus on technologies that can move us closer to net zero by 2050 mean, in the long-run, the EU taxonomy rules will become irrelevant, says NIA’s Stone.

“In terms of lifecycle carbon, land, mining, metal use, nuclear is a low as it gets, so it’s pretty hard to find a rational or scientific justification on anything else Brussels may do because there isn’t, it’s all about politics," Stone says.

"It’s been very interesting that the competition we’re seeing between nuclear and renewables, from a trade association point of view, is disappearing rapidly, and now there’s an increasing amount of collaboration going on behind the scenes. There’s no point in doing anything else because there’s no silver bullet – we need all forms of low carbon primary energy to get to net zero.”