The cost of capital for a new, multi-gigawatt, nuclear power plant can be prohibitively expensive and finding a way to pay can be the make or break of a country’s nuclear plans. 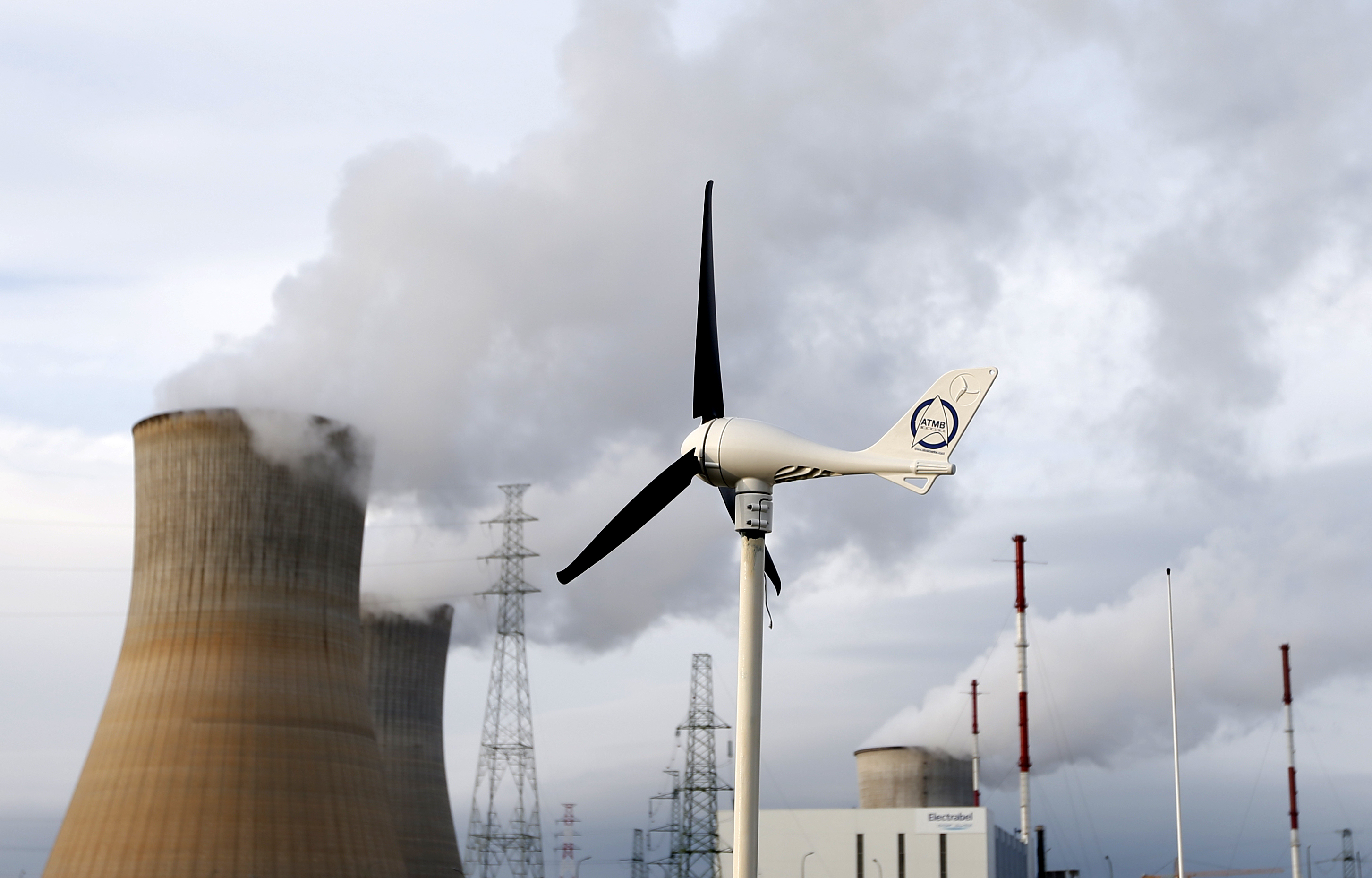 A boat windmill generator seen in front of the cooling towers of the Tihange nuclear plant in Tihange, Belgium (Source: Reuters/Francois Lenoir)

“Countries around the world have made the decision that nuclear is part of their future. The question today is whether nuclear is accessible to them in the near term because of the issue of financing,” the Director General of the Organization for Economic Cooperation and Development Nuclear Energy Agency (OECD NEA) William D. Magwood said in the introduction to a nuclear financing workshop. 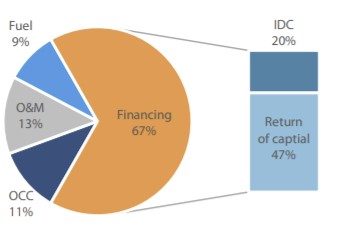 Note: Calculations based on OCC of $4,500/kWe, a load factor of 85%, 60-year lifetime and 7-year construction time at a real discount rate of 9%. IDC - Interest During Construction. OCC - Overnight Construction Costs

(Source: OECD NEA; "Unlocking Reductions in the Construction Costs of Nuclear: A Practical Guide for Stakeholders")

The workshop, which brought together industry experts and company heads to discuss nuclear power financing models, was jointly hosted by the NEA and the International Framework for Nuclear Energy Cooperation (IFNEC).

Poland's undersecretary of state for climate and environment Adam Guibourgé-Czetwertyński, when discussing his own country’s nuclear ambitions during the workshop’s keynote address, was more blunt.

“One of the most important challenges is the availability of adequate and effective financing at a reasonable cost ... Without finding a right way to address this issue, there will be no successful nuclear plants projects,” he said.

In early February, Poland approved the 2040 strategy that aims to spend some €34 billion ($45 billion) to install 6-9 GW of nuclear power by 2043. The first unit is planned for 2033 and a new unit is expected in each subsequent year.

The relatively long-time frame needed to build the infrastructure means a whole myriad of challenges can arise in the time it takes from pouring the first concrete to connecting the plant to a country’s power grid, and it is these that must be overcome if investors are to be convinced the risk is worth taking at a reasonable rate.

“Because of their long execution times, favorable financing is very important to nuclear power station economics,” says Ed Merrow, founder and president of the Independent Project Analysis consultancy adding that such schemes are very dependent on the project’s risk profile.

“Unfortunately, it is difficult to find a class of projects with a poorer risk history than nuclear power plants,” he says.

In a geopolitical and macroeconomic environment that awards short-term solutions - where instant results are met with re-election and quarterly stock-price boosts, while long-term promises face skepticism and doubt - finding tens of billions of dollars for a project that could take a decade to produce a single return can be expensive, regardless of the technology.

The perception of the risks behind nuclear power, both real and that borrowed from a distorted public view of the technology, is especially problematic for operators looking for financing at a reasonable discount rate.

Many potential projects in Western Europe and North America today will feed a deregulated power market where risk perception is key, and potential investors struggle to remove images of the disasters at Chernobyl and Fukushima from the equation while fending off more concrete concerns such as shifting political commitment, immature technology and project management failures.

The industry's public relations campaign over the last few years has done little to change perception of the technology, but, as populations struggle with finding a solution to climate change, there is a new generation of ecologists who understand that nuclear can be a safe part of the solution to zero carbon emissions.

Fixing failures within the industry itself meanwhile is more a case of trial and error for regulators, operators and technicians.

“When you review all the recent nuclear projects, some have been successful, and some have done very badly,” says Michel Berthelemy, Nuclear Energy Analyst at the OECD NEA.

“When we look at key drivers to help to explain what happened, it was to do with a lack if design maturity, project management was not up to speed and, to a lesser extent, safety regulation was not always very stable or predictable.”

The problem with being first

In western countries, recent new nuclear power stations that have seen significant delays and cost overruns have mainly been first-of-a-kind (FOAK) projects. It is through completing these projects that companies can learn and make savings on the next plants.

“In Europe, there has been a gap of 25 years in the building of new nuclear power plants. This resulted in a loss of competence of managing these very big industrial projects. This can also be observed for very large projects outside the nuclear sector” says Marc Deffrennes, former OECD NEA Analyst and founder of weCARE Alliance of pro-climate non-governmental organizations in Brussels.

Countries that have invested heavily in plants that are a cut-and-paste of a previous project (serie effect), such as the United States or France in the 1970s and 1980s, saw investor confidence grow sharply for each consecutive iteration of the plant.

An investor faced with a project that has never been tried before, meanwhile, will expect a premium to cover the cost of unseen lessons to be learnt during the long construction time.

Such unknowns can be, to some extent, mitigated if a public body vouches for the operator’s plans and commits to regulation that will allow the project to continue as it has been originally laid out to the people with the cash to lend.

Government commitment, as disussed further here, is a major element in financiers’ minds when they are considering pouring money into a large infrastructure project though, while financing a new highway or suspension bridge is relatively straightforward, the shifting public opinion toward nuclear power could make a 50-year loan a considerably riskier business.

In Germany, between 2000 and 2011, the government has in turn ordered the closure of its nuclear plants, then delayed that shut down, instead calling for a life extension and then, in the wake of the Fukushima accident, gone on to fast-track the closure of all the plants operating in the country.

Meanwhile, delays and cost increases in projects such as Hinkley Point C in Britain and Vogtl in the United States have done little to allay investor fears that their loaned capital is being squandered.

This makes a repeat of either reactor less likely – note current discussion over Sizewell C in the UK, a virtual carbon copy of HPC around which an entire supply chain has been constructed - even though it is exactly these kinds of teething problems that will make the execution of any follow up a much safer bet.

A paradigm shift is needed by both investors and operators, says Francois Dassa, Head of Prospective and International Relations at EDF.

“This shift in the architecture of the system and the role of market for investment is absolutely needed, sooner rather than later,” Dassa said during the NEA-IFNEC workshop.