U.K.’s Moltex Energy is to seek Round A funding to expand licensing operations and the firm is targeting Asia as a key future market for its sub-$2/W design, Rory O'Sullivan, the company’s COO, said. 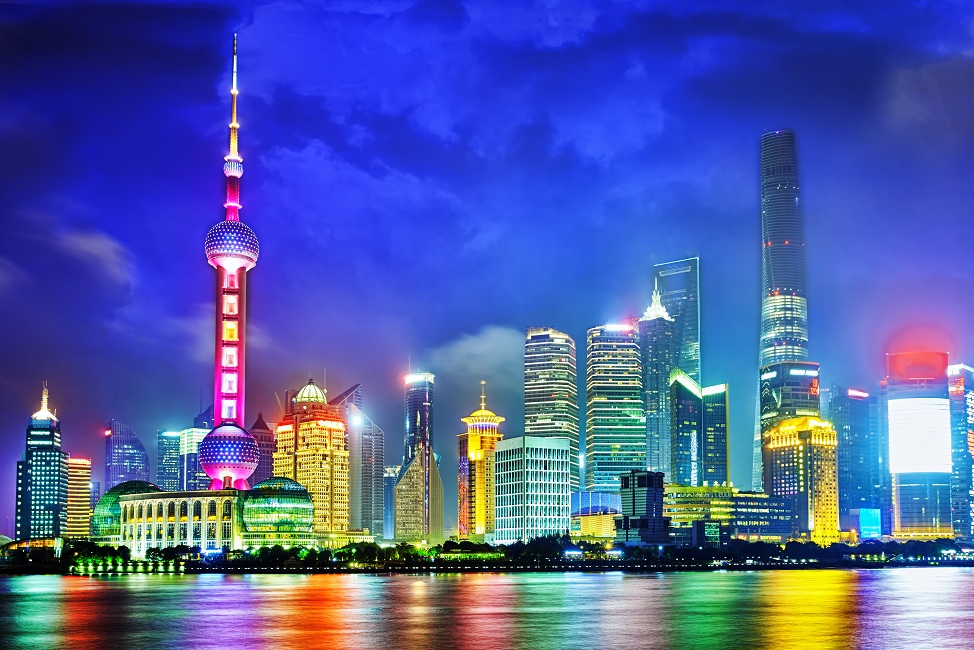 The developer is participating in the U.K.'s SMR design competition and has opened parallel pre-licensing discussions with the Canadian regulator as it looks to speed the licensing of its Stable Salt Reactor (SSR) design.

Moltex Energy is to seek fresh funding to “expand substantially over the next six to 12 months,” O'Sullivan told Nuclear Energy Insider.

The Levelised Cost of Energy (LCOE) of the SSR is estimated at $44.64/MWh for a 1 GW plant and this is based on highly-conservative estimates for Operations and Maintenance (O&M) costs, O'Sullivan said.

This LCOE is far below the EIA’s cost projections for new coal and gas-fired units in 2020, at $95/MWh and $75/MWh, respectively.

Canada's Terrestrial Energy has said the overnight capital cost of its molten salt reactor design also competes favorably against fossil fuel plants and has projected a LCOE of $40-$50/MWh for a 300MWe plant.

Moltex Energy is primarily targeting the replacement of coal-fired generation but the highly-competitive cost of molten salt reactors could also see these plants displace gas-fired generation in non-gas producing countries and compete against renewable energy projects.

According to Moltex, cost-competitive nuclear power could take 50% of the global new build coal market by 2040, 30% of the gas market in non-gas producing countries and 30% of the market for new renewable energy plants.

The below table from Moltex Energy illustrates the potential market for cost-competitive SMR plants. 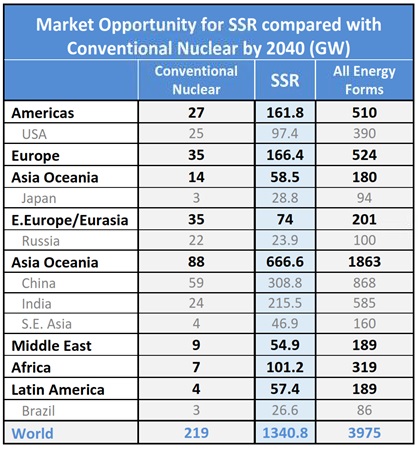 Moltex Energy wants to first commercialize its reactor in UK and Canada, but believes subsequent reactors could be swiftly deployed in Asian markets.

“There is a market need for several plants in Canada and the UK but the large market is China and Asia,” O'Sullivan said.

SMR developers such as Moltex Energy, Terrestrial Energy and NuScale are in pre-licensing review talks with nuclear regulators, bidding to build the first plants by the mid-2020s.

Ontario's Terrestrial Energy is submitting its Integral Molten Salt Reactor (IMSR) design to the Canadian Nuclear Safety Commission (CNSC) for pre-licensing review. Oregon-based NuScale plans to submit its LWR design for full U.S. design certification later this year and has projected a LCOE of around $90/MWh for multiple reactors.

Moltex Energy has chosen not to pursue the licensing process in the U.S. due to low gas prices and the number of U.S.-based developers competing for early-stage funding. Design review processes in UK and Canada are also seen as more supportive for new technology licensing as the national regulators use a principles-based analysis rather than prescriptive approach.

"We are initially starting with the UK and Canada as our priority is to get commercial validation of our technology. These two countries have the most hospitable environments for FOAK [First-of-a-kind] plants," O'Sullivan said.

Moltex Energy is currently in formal dialogue with the UK government as part of Phase One of the SMR design competition, launched in March. A number of technology developers have entered Phase One, which will run until the fall of 2016 and will see the government gauge market interest among developers, utilities and potential investors. Following this review, the government will publish timelines and roadmaps for potential SMR deployment.

Moltex Energy will decide by the end of 2016 whether to prioritize licensing in the UK or Canada and this could depend on the progress of the UK design competition, O'Sullivan warned.

"If UK Government takes 12 months to decide who the winner is, we will have progressed elsewhere to the point that we will not be able to resource both a UK FOAK and an international FOAK," he said.

Moltex Energy believes its design is highly competitive against other molten salt reactors due to the simplified design which places molten salt fuel in fuel rods like conventional assemblies rather than pumping fuel salts around valves and heat exchanges.

O&M costs make up as much as 50% of the current LCOE estimate as they are based on government assumptions for Pressurised Water Reactors (PWRs), O'Sullivan noted. The share of O&M costs should “substantially decrease” as Moltex Energy gains a better understanding of its O&M requirements and this would reduce costs further, he said.

"Because of our simplicity we will likely require less operators and maintenance staff. There is also a strong case for lower security as we do not intend on having large stockpiles of fresh or spent fuel on site. These cost savings are not taken into account," he said.

Licensing of the SSR plant could be completed within five years and the expected construction time for a FOAK 300 MW plant is three years.

"We are ensuring that existing suppliers can manufacture our components with their existing capabilities. We will then only need a low cost workshop to assemble and test the modules," O'Sullivan said.

Moltex Energy is planning to start licensing process in other countries towards the end of the FOAK licensing when there is a high confidence of getting the first license approved, O'Sullivan said.

While SMR developers in U.S., Canada and U.K. are entering formal design license procedures with national nuclear regulators, China has been channelling more resources into SMR deployment and has set ambitious targets.

Speaking at Nuclear Energy Insider's 6th Annual International SMR and Advanced Reactor Summit, Song said the company plans to pour first concrete for the reactor as early as 2017 and "in 20 years there could be a hundred units in China."

Successful design license applications in the West could act as a launchpad to Asian markets, where the growing need for low-carbon generation could prompt governments to channel more resources into licensing low-cost nuclear plants.

As O'Sullivan noted, the Chinese authorities in particular would be "prepared to put resources into licensing agencies to quickly deliver new plants."