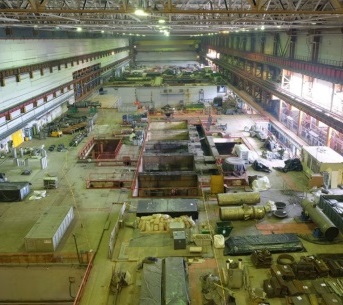 As the first project to begin Decontamination and Decommissioning (D&D) of RBMK reactors, the Ignalina plant project will provide a wealth of learnings which can be applied to the upcoming wave of decommissioning projects expected in Europe and the U.S.

Lithuania decided to close the two 1.2 GW Ignalina reactors in 1999 after the country's entrance into the European Union. Unit 1 was closed in 2004 followed by Unit 2 in 2009 and decommissioning is well underway.

Completed D&D works thus far include the construction of new facilities for waste management and the dismantling of non-radioactive plant areas such as the turbine hall. By the end of 2016, decommissioning spending was 971.2 million euros ($1.1 billion)-- including the construction of new infrastructure facilities, waste management and equipment dismantling-- Dmitrij Ekaternichev, Head of INPP Project Management Service, told Nuclear Energy Insider.

The project team has implemented a decommissioning management system created by German decommissioning firm Energiewerke Nord (ENW) and this has enabled "efficient planning and management” for the full scope of work, Ekaternichev said.

INPP identified the retention of in-house expertise as crucial to the project and prioritized the transfer and training of operational staff over to the decommissioning phase in order to optimize resources, he said.

Effective efficiency measures were recently highlighted by the completion of a new Interim Spent Fuel Storage Facility (ISFSI) at the site several months ahead of schedule.

On May 4, the INPP company gained regulatory approval to start commercial operations of a newly built ISFSI which will allow the removal of all spent fuel from the two reactors by the end of 2022.

"Successful settlement of issues and intense pace with project works maintained within the last several years enabled us to complete this stage before the scheduled deadline," INPP said in a statement.

The number of D&D projects in Europe is expected to rise 8% per year in the coming decade as low power prices dent operating profits and plants reach end of lifespans, Jorg Klasen, ENBW’s Director Nuclear Decommissioning Services at German operator EnBW Kernkraft, said in May 2016.

In the U.S., 18 nuclear power plants are currently being decommissioned and this number will soon increase following a recent spate of plant closure announcements due to sustained low power prices.

Learnings from the Ignalina project will be particularly important for future RBMK decommissioning projects in Russia and Ukraine.

“Ignalina is a pilot project for RBMK type reactors and no referenced dismantling designs are available to date...There was no prior decommissioning experience especially in the frame of an Immediate Dismantling Strategy,” Ekaternichev said.

The 2.6 billion euros cost estimate for the Ignalina decommissioning project lies at the upper end of the range of estimates set out by other European operators.

French nuclear fleet operator EDF has estimated decommissioning costs at 350 million euros per reactor although these assume significant economies of scale due to France's large fleet size. In February, a French parliamentary report said EDF's estimates appear too low and noted that other European operators which are further along in the decommissioning process estimated costs at between 900 million and 1.3 billion euros per reactor.

The higher estimated costs for the Ignalina project reflect the first-of-a-kind challenges faced by the project, as well as the relatively large capacities of the plants and reactor design issues specific to the RBMK models.

The large size of the Ignalina reactors and lack of decommissioning planning during the initial design phase created significant project risks for the INPP team. The significant volume and mass of waste, specifically irradiated graphite waste, has been a key challenge, Ekaternichev said.

“D&D requirements were not factored into the INPP Main Design and decommissioning infrastructure was omitted, such as storages and disposal facilities," he noted.

Unlike other reactor types used in Europe, the RBMK design uses a single-circuit circulation scheme which contaminates turbine installations and corresponding steam pipes and requires decontamination during dismantling and waste treatment, Ekaternichev said.

“This results in more time needed for licensing processes and for dismantling activities in terms of radiation protection measures,” he said.

The use of graphite-moderated reactors also complicates the D&D design and requires adjusted safety justifications, Ekaternichev said. The RBMK reactors are a highly contaminated steel structure filled by activated graphite bricks and penetrated by fuel and control channels. This means that unlike other pressure vessels, they cannot be treated as a single item.

INPP looked for ways to optimize decommissioning activities during the construction of the spent fuel storage facilities.

INPP also began planning the redeployment and training of operational personnel early in the decommissioning process in order to maximize knowledge and curb costs.

The INPP team began planning the transition of labour in 2000, and created a project management unit in 2001 consisting of representatives from NNC Ltd., Belgastom and SwedPower.

“Gradually, through training and the cooperation with the consortium INPP staff gained the required experience and knowledge," Ekaternichev said.

Reduction in staff numbers was achieved gradually and a significant number of personnel took voluntary retirement, he said.

EPRI has estimated that staffing costs account for around 43.5% of total decommissioning costs and this portion does not include the labor workforce performing the dismantling.

U.S. staffing costs during the transition phase have been estimated at around $25 million per year equating to $70,000 per day, but some utilities have reported costs of up to $300,000 per day, Reid said.

"The more you shorten that [transition period], the more money you are going to save for your decommissioning program," he said.

In Europe and the U.S., operators are being urged to commence decommissioning activities as early as possible in order to avoid an escalation of costs over time.

Potential future cost risks for the Ignalina decommissioning project include changes to regulatory requirements, unforeseen revisions to scope, and regulatory obstacles to the transfer of the Interim Bitumized Radwaste Storage Facility (IBRSF) to the Near Surface Repository, Ekaternichev said. The IBRSF was built in 1987 and a detailed investigation by the regulatory authorities may result in upgrade requirements to meet current standards.

“The total estimated cost of the abovementioned risks is 90 million euros,” Ekaternichev said,

Factored into the baseline cost estimate, this would see Ignalina’s D&D spend rise to 2,682 million euros in the worst-case scenario.