Holtec's SMR-160 project has been boosted by new commitments from Canadian PWR experts SNC-Lavalin and the U.S. Department of Energy and the developer is in talks to enter Canada's Vendor Design Review process. 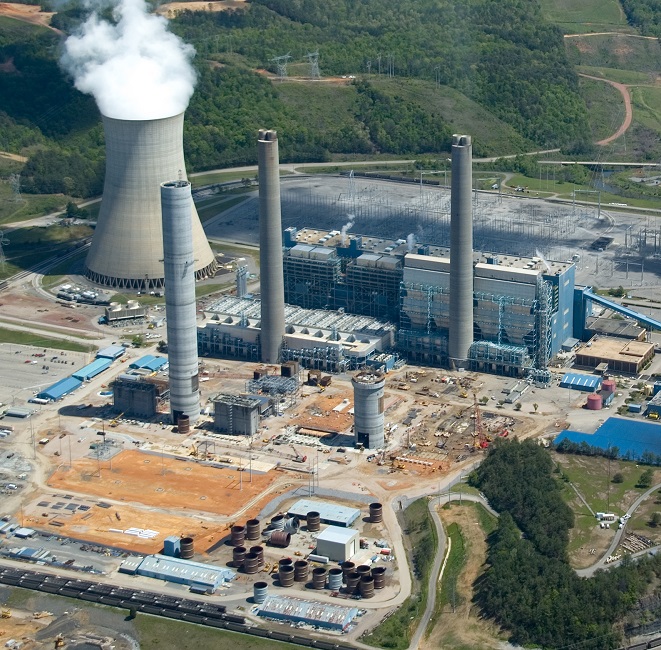 Holtec estimates replica SMR-160 units could be built within a 36-month timeframe and an efficient development and licensing processes could put the design at the forefront of SMR deployment. SNC-Lavalin completed all of its last seven new build projects on budget and on schedule.

“We believe the SMR-160 is unique in the way it addresses operational experience and learnings from many years of successful PWR operation,” Preston Swafford, SNC-Lavalin’s Chief Nuclear Officer and Executive Vice-President, Nuclear, told Nuclear Energy Insider.

“In general, we see no unique obstacles to the safe and timely construction of a SMR-160 project. There are no unique heavy lifts; there are no special materials; the fuel is of a traditional type,” Swafford said.

Holtec launched its SMR-160 program in 2010 and is one of only a handful of small modular reactor developers which have submitted designs to the U.S. Nuclear Regulatory Commission. The design is currently in the Pre-Application phase, according to the NRC's website.

In parallel, the SMR-160 partners are surging ahead with development plans in Canada, where there are numerous deployment opportunities and the regulatory scheme is considered less prescriptive than in the U.S.

In June, the project partners met with the Canadian Nuclear Safety Commission (CNSC) to discuss the entrance of the SMR-160 into the CNSC’s Vendor Design Review process.

The SMR-160 design benefits from being based on existing PWR technology, but the SMR market is becoming increasingly competitive.

The SMR-160 units have a rated electrical output of 160 MW and can be built in multiples to provide larger capacities.

Holtec estimates the turnkey cost of its SMR-160 at US$650 million in 2015 dollars, less than half the cost of large-scale nuclear plants on a cost per MW basis.

Like many SMR designs, the SMR-160 design provides baseload generating capacity, but could also be developed to provide steam for district/facility heating, chemical processing or desalination, or provide combined power generation and heat processing.

Key features of the SMR-160 include gravity-based safety systems and minimal land-use, requiring only 4.5 acres of land for a 160 MW plant.

The reactor also uses demineralized water as reactor coolant, which eliminates boric acid and helps to increase the plant service life, estimated to be over 100 years.

“While SNC-Lavalin is not the vendor of the SMR-160, we have carried out extensive due diligence to satisfy ourselves as to the robustness of the design and its applicability to many markets that require a SMR,” Swafford said.

Earlier this year, NuScale became the first SMR developer to successfully submit a full Design Certification Application (DCA) to the NRC. NuScale's SMR is also based on PWR technology and the Holtec project could learn from NuScale's progress through the licensing procedure which is currently expected to take around 40 months.

The SMR-160 project will also benefit from SNC-Lavalin’s experience in the licensing of large commercial nuclear reactors in Canada, U.S. and the UK. The Canadian company has also assisted developers on design approval and new build licensing in other countries such as Argentina, Romania, South Korea and China.

Design and licence phase funding remain key project risks for SMR developers. To date, around $500 million has been invested in the NuScale SMR project through a mix of private and public funding.

On August 23, Holtec announced its subsidiary SMR LLC has been awarded funding to access U.S. government-owned laboratory facilities, through the US Department of Energy's Gateway for Accelerated Innovation in Nuclear (GAIN) program.

Under the GAIN program, SMR LLC will work with the Oak Ridge National Laboratory (ORNL) over the next year to develop an SMR 160 natural-circulation primary flow simulation engine to perform a series of thermal-hydraulic stability analyses and simulations, Holtec said in a statement.

The simulation tools will then be transferred to the Holtec Technology Campus in Camden, New Jersey.

Holtec expects the GAIN award will "support a key element of the plant licensing specification and future testing activities, helping pave the way toward plant deployment," it said.

Several SMR developers are now looking to licence their designs in both the U.S. and Canada. Both markets represent significant deployment opportunities and developers must mitigate limited federal support and regulatory resources in the development and licensing phases.

Canada's CNL has designated SMR technology as a research priority and aims to demonstrate the commercial viability of an SMR plant by 2026. CNL plans to use submissions from its recent RFEOI to shape the deployment of CA$1.2 billion investments in new CNL research facilities.

After developing and licensing the SMR-160 in North America, the project partners would look to promote the design in other global markets.

A number of SMR developers predict their technology will threaten new coal and gas-fired projects on a cost comparison basis.

U.K SMR developer Moltex Energy projects cost-competitive SMR plants could take 50% of the global new build coal market by 2040, 30% of the gas market in non-gas producing countries and 30% of the market for new renewable energy plants.