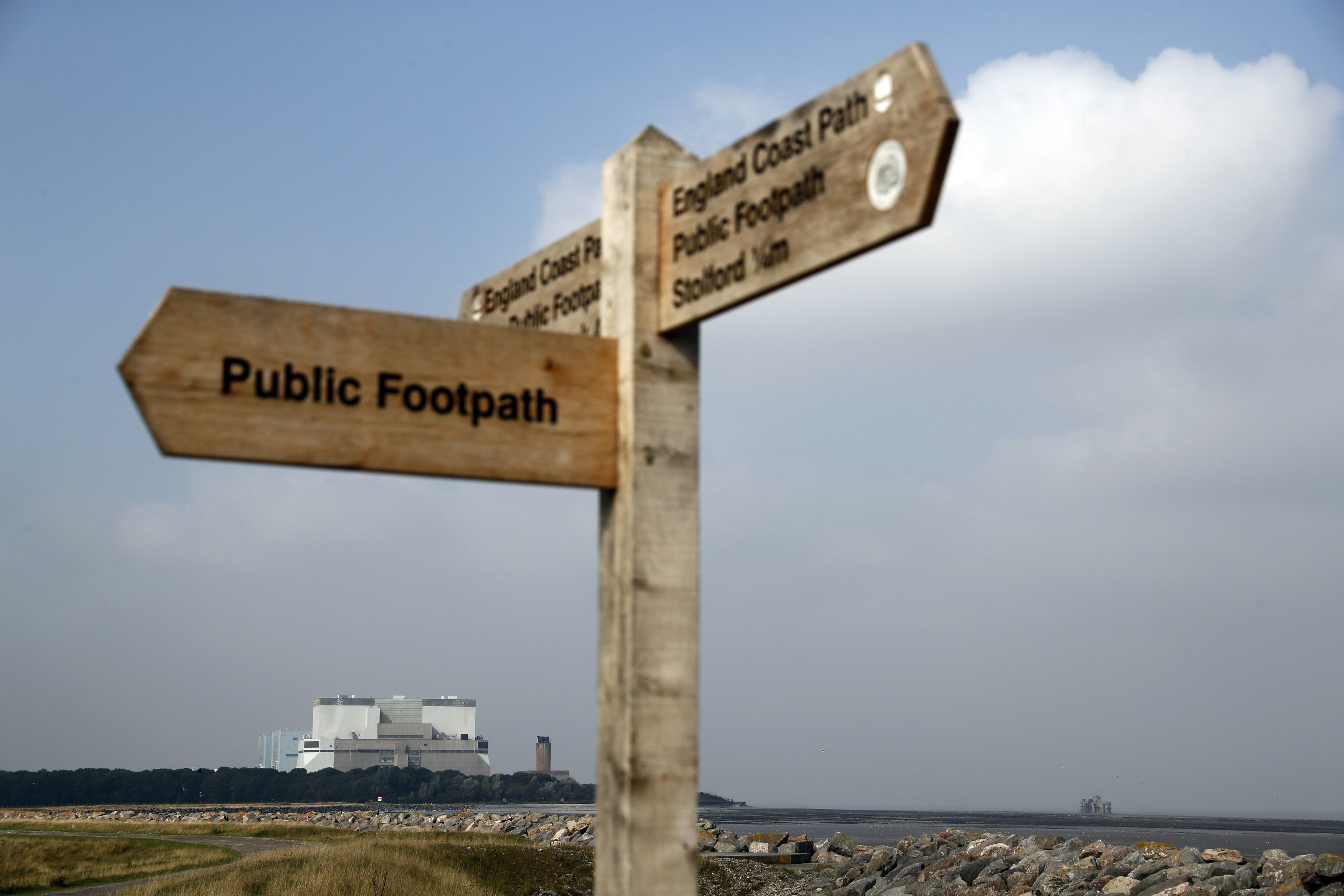 Hinkley Point A and B nuclear power stations seen near Bridgwater in Britain. (Source Reuters/Stefan Wermuth)

Hinkely Point B, a gas-fired reactor located on the Bristol Channel coast in south west England, will move into its defueling stage by July, 2022, a few months earlier than originally planned, operator EDF said in a statement Nov. 19.

In 2012, the French utility extended the estimated generating life of Hinkley Point B by seven years to March 2023 from the originally planned date of 2016.

While the early shut down announcement cuts the plant’s life by a few months compared to that expected in 2012, it will have been generating power for over 15 years longer than originally planned when it was designed in the 1960s.

“When work started on this generation of nuclear reactors in the 1960s, few could have anticipated how important it has become to generate our power with little or no emissions,” Peter Evens, Station Director of Hinkley Point B said in the statement.

“Over its life, this station has helped the UK avoid millions of tonnes of carbon dioxide going into the atmosphere and provided rewarding jobs for thousands of people and supply chain partners across Britain.”

With the upgrade, the NPM will have a gross capacity of 924 MWe for its flagship 12-module power plant, NuScale said.

“Without impacting the unparalleled safety of our design, our engineers have proven yet again that NuScale’s technology is first-class, and can offer significant cost-savings and customization at a level yet to be seen in the nuclear energy market,” said NuScale Power Chairman and Chief Executive Officer John Hopkins.

“With this advancement, NuScale continues to demonstrate that it is the global leader in the race to commercialize small modular reactors.”

By raising the power generating capacity of the 12-module NuScale small modular reactor (SMR), the overnight capital cost of the facility on a per kilowatt basis falls to around $2,850 from an expected $3,600, the company said.
No major changes have been made to the NPM to increase the power output, NuScale said.

“These smaller plant solutions are economically competitive and are underpinned by and leverage the industry leading NPM technology and safety case that has already been approved by the U.S. Nuclear Regulatory Commission,” it said.

An MIT study, using data covering five decades and bottom-up cost modelling to identify the mechanisms, has found found that nth-of-a-kind plants have been more, not less, expensive than first-of-a-kind plants due to factors external to standardized reactor hardware such as labor supervision, which contributed to over half of the cost rise from 1976 to 1987.

The study, “Sources of Cost Overrun in Nuclear Power Plant Construction Call for a New Approach to Engineering Design” was published November 18.

Containment building costs more than doubled from 1976 to 2017, due only in part to safety regulations, while labor productivity in recent plants is 13 times lower than industry expectations, the study found.

The gap between realized and expected costs was due to low resilience to time- and site-dependent construction conditions, it said.

OPG to resume planning for new nuclear at Darlington

Ontario Power Generation (OPG) will resume planning activities for a new nuclear build at its Darlington site with a goal of hosting a grid-sized SMR by as early as 2028, the company said during a press conference November 18.

“This is an exciting day for OPG, our employees, and the wider nuclear industry. A new SMR development on this site would benefit all Ontarians while further positioning Durham Region and Ontario as the clean energy capital of the world,” said Ken Hartwick, President and CEO of OPG.

Darlington is the only site in Canada that is currently licensed for new nuclear after state-owned OPG was granted a site preparation license by the Canadian Nuclear Safety Committee (CNSC) to support future nuclear generation in 2012.

In June 2020, OPG applied to the CNSC to renew the license, which was due to expire in 2022, to allow for site preparation activities for a new nuclear development, the first of several regulatory approvals and licensing required before construction and operation of a new reactor can begin.

Some 15% of all generated electricity comes from 19 nuclear reactors in Canada and, while few new plants have been built in recent years, local legislators and industry leaders are taking concrete steps to put the country at the forefront of a SMR and advanced reactor revolution.

OPG said in October it is advancing engineering and design work with three grid-scale SMR developers: GE Hitachi Nuclear, Terrestrial Energy and X-Energy, said just months after it became the first utility in North America to take an ownership stake in an SMR project.