The public’s mistrust in nuclear power, fueled by misinformation, clickbait media reports, rising polarization and poor public relations, has left it expensive to finance and struggling to be seen as a viable part of the solution to climate change. 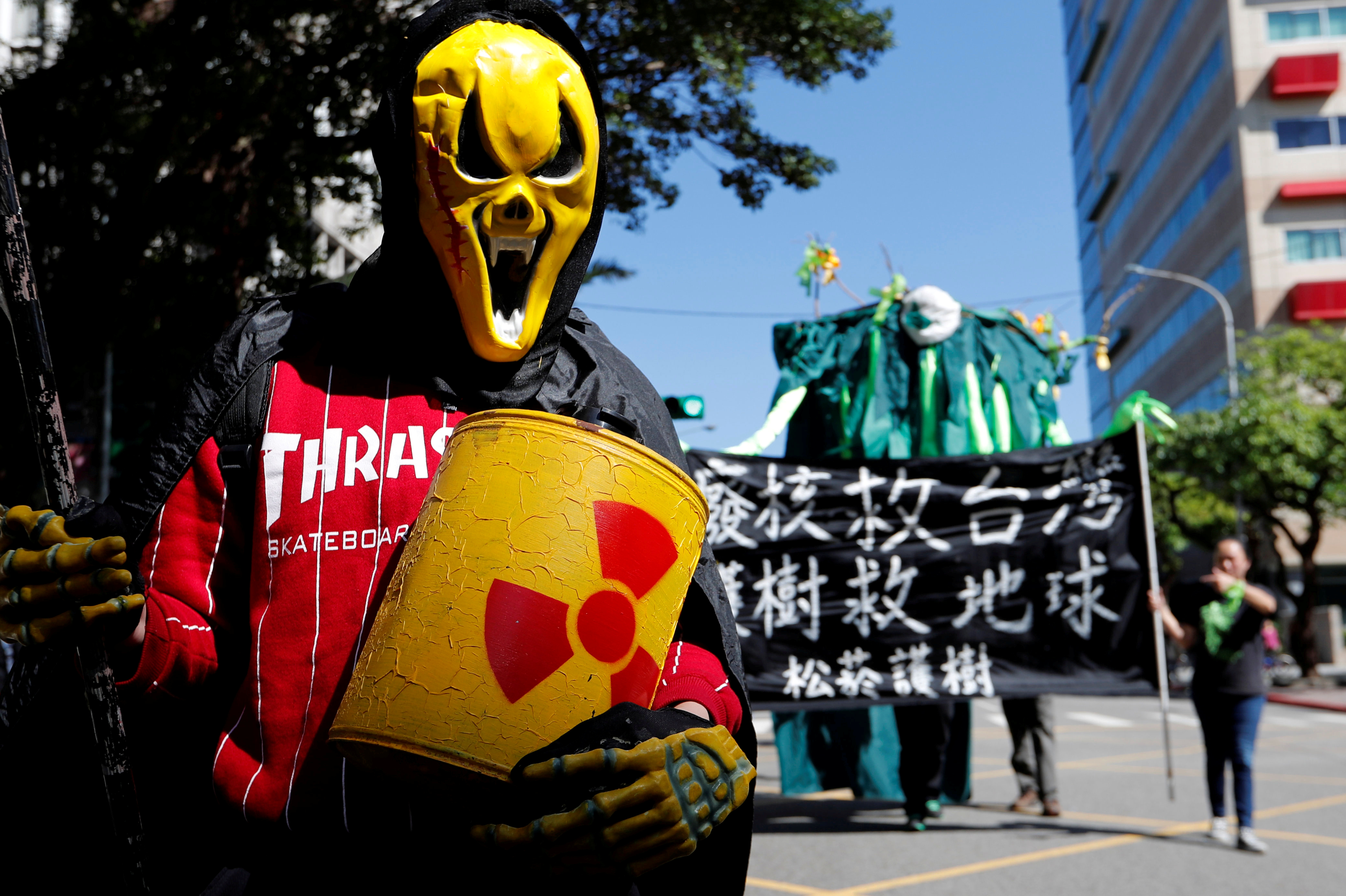 Demonstrators take part in a protest against nuclear power on the anniversary of Japan's Fukushima nuclear disaster (Source: Reuters/Tyrone Siu)

March 11 marked 10-years since an earthquake and subsequent tsunami sent 15-metre ocean waves barreling over the seawall of the Fukushima Daiichi nuclear plant sited on the Japanese Pacific coast, flooding the lower parts of its four reactors, and prompting three nuclear meltdowns which released radioactive contaminants into the environment.

It was the most severe nuclear accident since the Chernobyl disaster in 1986, sharing that plant’s Level 7 event on the International Nuclear Event Scale, prompted the evacuation of over 160,000 people from the region and fears that dangerous radiation levels would contaminate parts of the Pacific rim.

Mistrust in nuclear energy, which had eased in the decades following the incident at Chernobyl in 1986, spiked and nuclear skeptics scrambled to demonize the technology once again.

Misinformation and sensationalism exploded in the media which, too often, won't let scientific facts get in the way of a good environmental-risk story.

“This is a typical example of how the truth has been changed into a different story. We know that there are a lot of anti-nuclear powers behind this who are happy that the confusion is not addressed,” says Director General at Foratom Yves Desbazeille.

“When you talk about nuclear, fearmongering is always the easiest way and a good way to sell newspapers. People don’t attempt to get the information right because there’s no interest in doing so.”

Bad reporting has helped mark the anniversary, with focus on the deserted region around the plant and the “reckoning” that nuclear energy faced following the disaster. The respected PBS current affairs program Newshour was a typical example with an eight-minute segment on what happened after the earthquake.

“A magnitude 9.1 earthquake followed by a tsunami and a nuclear meltdown. More than 20,000 people were killed or reported missing,” the reporter intoned against images of deserted towns and twisted infrastructure.

The American Nuclear Society (ANS) struck back in a blog post calling for more accurate reporting, pointing out that the piece’s wording implied that the Fukushima meltdown was responsible for much, or even most, of the loss of life.

The ANS also pitted nuclear scientists against the PBS “nuclear expert”, an English and journalism professor at the State University of New York in Albany, Thomas Bass, who has written articles on the disaster but has no official scientific background.

“This is reckless reporting on such an important topic – during the time of COVID-19, would a news organization such as PBS present an English professor as a subject matter expert on the topic of infectious disease?” the ANS post asked.

The reality at the site is more complicated than most news reports allow.

Dozens of people were hurt at the facility due to the accident and the Japanese government has reported one worker has since died from cancer as a result of exposure.

Other than that, no adverse health effects among Fukushima residents have been documented due to radiation exposure, a recently updated United Nations report on the accident concluded.

Meanwhile, as many as 150 sick and elderly people may have died due to conditions linked to the evacuation of thousands in the area surrounding the plant with reports citing many more casualties.

The disaster prompted a sharp tightening of safety requirements in Japan while the International Atomic Energy Agency (IAEA) set out to review and strengthen global nuclear safety with the development of the IAEA Action Plan on Nuclear Safety, endorsed by member states in 2011.

Among other measures, countries carried out ‘stress tests’ on the designs of their nuclear power plants against site specific extreme natural hazards and reinforced systems against such eventualities as well as backup power and water supplies.

“As a result, the report’s recommendations have since been incorporated into national regulations, international safety standards and corresponding IAEA Safety Guides,” the IAEA said. 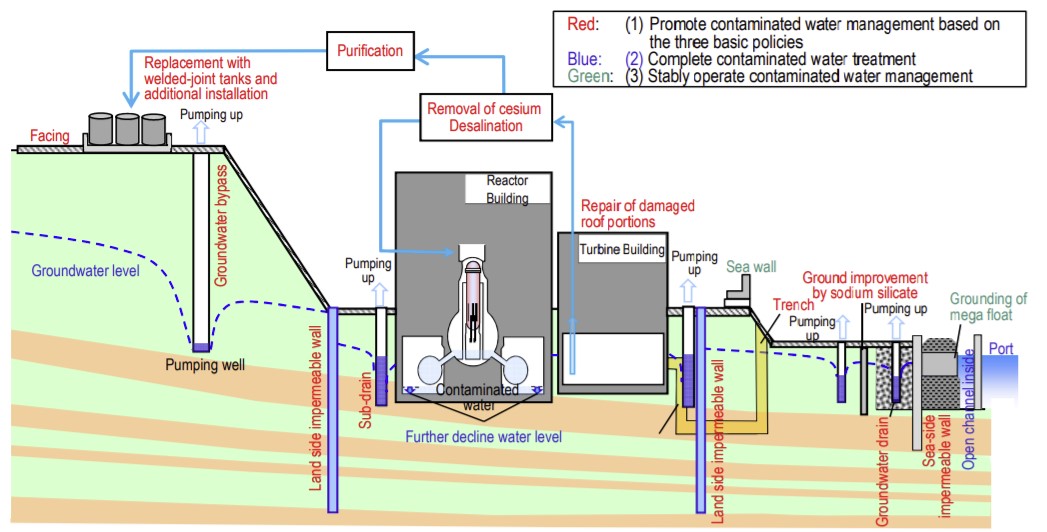 Over the last year, the debate over COVID-19 and the vaccines has illustrated why polarization on hot-button topics is the antithesis of honest debate, and nuclear energy is no exception.

Depending on who you talk to, nuclear fission will either save the planet from global warming or will be the end of civilization and these two extreme viewpoints do little to advance the conversation on what the technology can and can’t achieve.

"There’s misinformation on both sides, which is amplified in the current media environment. I’m particularly concerned because it eventually distorts how policy choices are made and where the government puts research and development money, which is limited,” says Edwin Lyman, Union of Concerned Scientists’ Director of Nuclear Power Safety.

The nuclear community doesn’t help itself, overpromising and underdelivering, Lyman says, adding that the industry needs to be more honest to increase public confidence.

When the general public is fully informed, they are better equipped to decide how much risk they are willing to take and how much uncertainty is tolerable in exchange for the benefits of nuclear power, he says.

“You shouldn’t dismiss the potentially severe impacts of radiation but exaggerating them also doesn’t help you get to the best answer for maximizing the benefits and minimizing the risks. The nuclear industry’s idea of good risk communication is lecturing to the public that its fear of radiation is misguided. In some cases that might be true, but it's only part of the picture,” Lyman says.