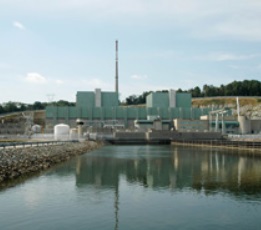 Exelon Generation has submitted a license renewal application (LRA) for its Peach Bottom 2 and 3 reactors in Pennsylvania, becoming the first boiling water reactor operator to seek a license for 80 years of operation.

The Peach Bottom 2 and 3 reactors each have a capacity of 1.3 GW and are jointly-owned by Exelon and Public Service Enterprise Group (PSEG). Exelon is plant operator and holds a licence to operate plants until 2033 (unit 1) and 2034 (unit 2).

The Nuclear Regulatory Commission (NRC) received the licence renewal application on July 10, according to NRC documents.

The U.S. Department of Energy (DOE) is to provide a further $20 million to U.S. SMR and advanced reactor developers including NuScale, Holtec and GE Hitachi, the DOE announced July 10.

The funding will be provided through a cost share program and follows a $60 million injection of DOE funds into SMR and advanced reactor projects, announced in April.

Under the latest $20 million pledge, NuScale will receive $7 million towards the development of its IPWR plant. Activities this year include independent verification and validation of the licensing report, completion of the reactor building design optimization and level sensor prototypic testing. NuScale aims to build the U.S.'s first commercial SMR by 2026.

Holtec will receive $6.3 million of DOE funding towards the advancement of hybrid laser arc welding for the fabrication of SMRs and other nuclear components.

GE Hitachi will receive $1.9 million for research into reducing construction and maintenance costs for its BWRX-300 design. Projects include elimination of loss of coolant accidents, the use of embedded design and construction, and pooled off-site resources that can be simultaneously used for multiple projects.

Advanced Reactor Concepts (ARC) and Moltex Energy have joined New Brunswick's advanced reactor research cluster and have each pledged $5 million to operations and research in the Canadian province.

The aim of the research cluster is to build a commercial demonstration SMR by around 2030 at the Point Lepreau Nuclear Generating Station, which hosts a 705 MW Candu reactor.

Last month, the New Brunswick government said it would provide $10 million to develop the research cluster. The program is being led by New Brunswick Energy Solutions Corporation, which was established in May 2017 to explore energy export opportunities.

U.S.-based ARC is developing a metallic fuel, sodium-cooled, fast reactor while UK-headquartered Moltex is developing molten-salt based reactor technology. Both companies will set up an office in Saint John in the Bay of Fundy.

“We are excited by the opportunity that this collaboration represents and applaud the Province of New Brunswick for their strategic decision," Don Wolf, CEO and chairman of ARC, said.

"We intend to demonstrate that the inherent safety features of our reactor enable a simple and cost-effective design which will be competitive with all other forms of electricity generation," Wolf said.

The Moltex design can use spent nuclear fuel and is able to store energy so that output can be doubled or tripled at peak times.

In 2017, CNL received 19 expressions of interest for a prototype or demonstration reactor at a CNL site and a further three developers propose to move straight to commercial deployment in Canada.

CNL has designated SMR technology as a research priority and aims to build a demonstration plant on site by 2026.

The Canadian Ministry of Natural Resources (NRCan) has launched a national study into the potential for on-grid and off-grid applications for small modular reactor (SMR) technology in Canada. Stakeholder engagement will inform a roadmap for SMR development which is expected to be completed this fall.

French engineering group Assystem has won a contract to perform site characterisation and impact studies in Saudi Arabia to determine the site of the kingdom's first nuclear power plant, the company announced July 3.

The studies will be performed over a period of 18 months and will include geological and seismic analysis as well as environmental, demographic and grid impact studies. Saudi Arabia is expected to select the developer of its first nuclear plant in 2019.

"These characterisations and impact studies enable choice of the most suitable site on which to build the first Saudi Nuclear Power Plant," Assystem said in a statement.

"They will also provide important technical details for the purpose of designing the right nuclear power plant technology, based on site specifications," the company said.

Saudi Arabia is restructuring its power sector as part of its Vision 2030 plan to diversify its economy away from hydrocarbon resources. The kingdom hopes to attract up to $50 billion of investments in solar and wind projects and is considering building small modular reactors (SMRs) as well as conventional large nuclear reactors.

Nuclear power capacity in the Middle East is forecast to rise from 3.6 GW in 2018 to 14.1 GW by 2028 according to construction timetables and recent agreements between Middle East countries and nuclear vendors, the U.S. Energy Information Administration said in March.

Nuclear power growth in the Middle East is mainly being driven by countries seeking to enhance energy security and diversify their economies to reduce reliance on fossil fuels.

Fossil fuels accounted for 97% of power generation in the Middle East in 2017, of which natural gas accounted for 66% and oil 31%. The remaining 3% of electricity generation came from nuclear, hydroelectric and renewable energy sources.