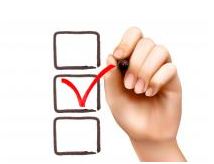 The Nuclear Regulatory Commission (NRC) is clear that there should be a strong approach to having a discourse with the public, promoting community involvement through meetings.

As for the plant operators, they have been more than willing to do their bit to create a harmonious relationship with the local community, alongside local stakeholders.

The Nuclear Energy Institute has published on its web site those US commercial nuclear plants that are storing used fuel at their sites. Used fuel storage is increasingly becoming a more frequent topic of discussion at community meetings across the US.

When Dairyland Power decided in 1987 to shut down the La Crosse Boiling Water Reactor, the operator was set on building a healthy rapport with local residents. That rapport has been maintained for the past 28 years.

In broad community meetings, which were held in 2003 and 2005, it was not only the public who received a letter of invitation. Requests were sent to local, county, and state officials, fire and law enforcement, local cooperative leaders, opponents of the plant while it operated, and business leaders, to attend the consultation.

A "Community Leader and Citizen Advisory Committee" evolved from these meetings, which continued to convene from 2007 onwards, until the completion of the Independent Spent Fuel Storage Installation (ISFSI) project in 2012.

Collaboration continued at least annually including in 2014, where gatherings took place between town and village officials, as well as with the Vernon County Sheriff Department.

A spokesperson for Dairyland says: “Overall, we have been very pleased with the active participation in the community, and feel that our steps to keep them informed and give them opportunities to tour, ask questions and generally participate have been positive.”

“Our main objective has been to keep the community and interested parties informed about what is occurring at the site. The groundwork we laid with all of these efforts resulted in very few issues or concerns, even throughout the highly visible process of moving our fuel from the plant to the independent spent fuel storage installation (ISFSI).”

A significant boost that decommissioning plants can have in the public eye, is job creation.

There has been a lot of conjecture about just how much benefit that the local economy received, between local trade boards and Dairyland Power. Dairyland said that there have been opportunities for local tradesman, albeit on a temporary basis.

The demolition process they say will be ongoing for two years, then followed by some license termination work for a further few years. There will also be one permanent position to operate and maintain the ISFSI, with a number of part time contract employees, to support the permanent position, including contracted security staff.

Duration of projects is a big concern

Dominion Energy announced in October 2012 that the Kewaunee plant in Wisconsin was to close, the licensees have attended local governmental meetings. They have also accepted invitations to speak to service clubs and business organizations, and have made concerted efforts to stay engaged with the community through voluntary projects.

Mark Kanz, the local affairs manager of the Kewaunee Power Station, explains the feedback they have been receiving: “For the most part, people want to know what is happening and why. They are disappointed the area’s largest employer is closing, but they also understand how it can happen from a business standpoint.”

“The biggest concern people have with the plan for decommissioning is the 60 year NRC time frame we have outlined to complete the project. We have begun to look at the possibility of moving certain things up in the schedule, but safety and cost are the two factors we use to consider whether a schedule change is viable.”

The case of Crystal River

Florida’s Crystal River Nuclear Plant, operated by Duke Energy, began its decommissioning process after the decision was taken to retire the unit 3 reactor in February 2013, and now the plant is transitioning to the SAFSTOR stage.
Over the past two years there has been a strategic community engagement plan, based on the well-researched communications preferences of the local area.

A spokesperson for the plant says: “To determine these preferences, we met with our community stakeholders, to better understand their expectations of our decommissioning communications efforts.”

“Our stakeholders included representatives from local governments; emergency management, medical, environmental, economic development and non profit agencies; K-12 and higher education; and businesses, including real estate companies.”
“We then hired a third-party market research firm to conduct a formal survey of our plant neighbours, to measure their awareness and perceptions of the decommissioning project.”

From this results of this research, the tools which have been used since include face-to-face communications, such as open houses, plant tours, and presentations. Written communication has been administered through hard copy letters mailed to plant neighbours, delivered by the postal service.

Additionally, email comments to community stakeholders have been sent out, and there is a decommissioning project web page with up to date news.

The plant is happy with what they have achieved. In April 2014 an award was won from the Florida Public Relations Association, over their planning for a decommissioning open house gathering.

Nuclear plants can often raise a concerned eyebrow amongst local communities, but there has been progress on the delivery of information which has been made, to help residents sleep a little easier.
This is through meetings with a wide ranging invitation list, literature, information emails, and market research.

According to a 2013 Bisconti/Quest research poll, plant neighbors have some confidence that used nuclear fuel rods are safely stored at nuclear plant sites (62%), but more would like to see centralized storage developed.

Of those that responded, 82% agreed that the US should retool its program for managing used fuel rods from nuclear power plants to focus on consolidating the fuel at storage centers while the federal government develops a permanent disposal facility.

“They show once again that familiarity with nuclear energy leads to support,” stated the Bisconti Research/Quest report