While each decommissioning site’s costs and requirements are bespoke, the costing models should be more flexible and universal so that tenders can be more competitive and stakeholders can budget appropriately. 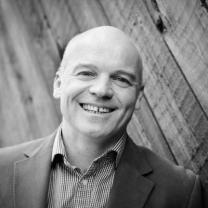 Enkom Consulting Managing Director and founder Martyn Jenkins believes that as much as cost-estimations are estimations, there need to be a much stronger foundation and a higher level of robustness and credibility to ensure we are underwriting sound busin

The estate of the Nuclear Decommissioning Authority in the United Kingdom accounts for £3.2bn annually in decommissioning spend, with analysts estimating the overall value of the nuclear sub-sector at £18bn.

And while the UK has the most established decommissioning practice and methodologies, its ability to develop cost-estimation models remains a work in progress (see survey results below).

The costs of a decommissioning project will vary from site to site, due to the timing of the stages of a project, the differences in the effects of a plants location, radioactive waste burial costs, and the plans for how spent fuel will be stored. 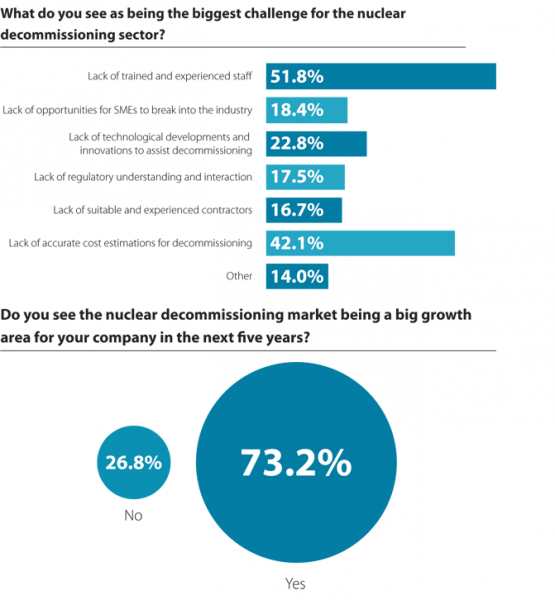 The cost of decommissioning the UK’s Sellafield nuclear plant, historically the most hazardous in the country’s history, has increased by £5bn over the past year.

The total cost of £53bn, resulted in strong criticism from a government public accounts committee. The committee said that not only was Sellafield costing more, but they were running behind their decommissioning schedule for the fourth year running.

Although spending watchdog, the National Audit Office, believes that the increased spending is due to a greater understanding of the project, and the scale and nature of the risks involved, they also said that the cost was spiralling.

The reason given for this increase is that there are technical solutions and uncertainties still involved in decommissioning projects, as well as the programmes to package and store high risk, hazardous materials.

In the UK, the National Decommissioning Authority (NDA) has a similar role to the United States' NRC, in that the Authority is responsible for 17 historic nuclear sites, on the government’s behalf.

Activities at Sellafield for 2015/16 will take account of 58.9% of total funding over this period and will focus principally on the redundant Legacy Ponds and Silo facilities.

The work programme includes; the removal of nuclear fuel, sludge and solid material which require the provision of equipment to retrieve the various wastes and then treat and store them in a passive condition.

The 10 Magnox and 2 RSRL sites will account for 18.2% of total funding. Key activities will include; the extension of electricity generation at Wylfa until December 2015, defueling at Oldbury and taking Bradwell and Trawsfynydd into early Care and Maintenance.

At Dounreay, which will account for 6.3% of total spend, key activities include; the decontamination of the prototype Fast Reactor pond, completion of new fuel characterisation facilities and the complete removal of all fuels from the Fast Reactor.

The current estimate is that the cost of the entire clean-up in the UK will be in excess of £115bn, to be spread over a period of the next 120 years.

When taking into account the several uncertainties that will exist during the clean-up time, the NDA believes that the cost is likely to range between £90bn and £220bn.

The actual decommissioning work is carried out by the Site Licensing Companies, such as Dounreay Site Restoration Limited (DSRL).

They are responsible for the largest clean-up and demolition in Scotland, of Britain's former centre of fast reactor research and development.

“In reality a selection of these methods will be used, chosen as the most applicable to the activity to be estimated in order to provide the most accurate estimate. However, what has changed is the increasing importance to collate actual cost data. In order to support future estimates, in a way that can be used in comparison techniques, supported by the use of estimating software,” the spokesperson adds.

Cost Estimations – The US model

In the United States the NRC have vast regulatory and guidance responsibilities, using cost projections to predict just how much money will be needed to decommission a nuclear site.

The NRC uses various data methods to make their calculations, and regularly reviews the status of decommissioning funds, to ensure that the plants involved are meeting their requirements, which is a regulatory priority.

The NRC states that there is a minimum amount of money that is needed by operators as reasonable assurance for decommissioning a plant.

These are $290m for pressurized-water reactors, and $370m for boiling-water reactors. These figures are calculated from 1999, and are adjusted annually.

A recent example includes Duke Energy, which submitted a $1.2bn plan in December 2013, for decommissioning the Crystal River 3 nuclear plant in Florida to the Nuclear Regulatory Commission (NRC).

So far the plant operators are confident that the budget will be enough to cover the costs involved, due to the future growth of the decommissioning trust fund, although they admit that this could change in the future depending on circumstance.

One of the main obstacles that the UK’s DSRL has encountered over cost estimation is the lack of detailed historical technical data, which leads to less than robust initial decommissioning cost data.

However, this is a problem that can be alleviated over time.

The necessary commitment to cost estimation can also be a burden, where the benefits are only felt in the future, which is not defined, but the eventual effect is usually invaluable once results are produced.

Magnox is the operations contractor for ten nuclear sites in the UK, ranging from the Hunterston plant in Scotland, to the Dungeness A plant in Kent, England.

“The key to cost estimating is to have a clear understanding of the scope to be delivered, and good experience of similar projects,” a company representative says.

“Within Magnox we are addressing this by adopting standardised approaches to similar challenges. For example emptying vaults, or decommissioning storage ponds, through a series of programmes which allow us to capture and learn from previous experience. We are already seeing the benefit of this approach and will continue to do so as our experience of these projects increases,” the representative adds.

Overcoming the challenges of cost estimation allows for the creation of more robust decommissioning plan.

“Greater certainty on cost has obvious benefits for cost control and budgeting, and for efficiently deploying resources.

Decommissioning projects make use of the Best Environmentally Practicable Option model, which considers costs alongside other information such as transport costs, timing, environmental impact and other issues to ensure that an optimum solution is implemented,” the representative says.

Despite Magnox’s vast experience in this area, there are still barriers to overcome to make further progress. Especially when defining the scope of the project from the beginning, as the company is often involved in original projects.

Previous attempts have been made to develop a cost model for decommissioning, but accuracies will depend on the range of comparisons of each project.

Enkom Consulting Managing Director and founder Martyn Jenkins believes that as much as cost-estimations are estimations, there need to be a much stronger foundation and a higher level of robustness and credibility to ensure we are underwriting sound business decisions.

“We need to increase the confidence in the estimates themselves,” says Jenkins.

A modelling approach that allows flexibility can improve data. Enkom has developed a ‘common’ cost structure along with a library of project case studies and cost norms for projects on behalf of nuclear clients. These have been specifically identified to provide accurate real cost data to inform similar future projects, ultimately providing a significantly more accurate cost-estimation.

“The benefits of such an approach are felt throughout the entire organization. You add genuine value by speeding up decision-making and keeping the focus on delivery rather than discussion” says Jenkins.