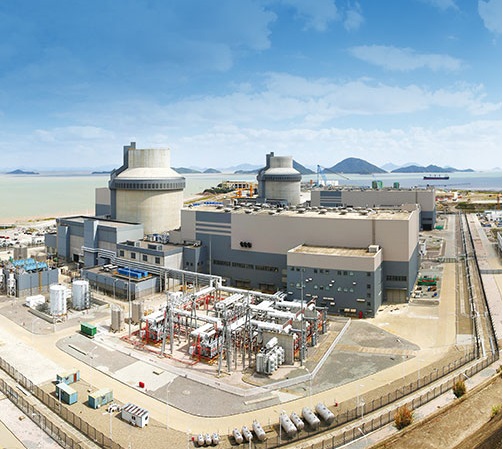 "Sanmen Unit 1 has successfully completed all the necessary functional tests as well as technical, safety and Chinese regulatory review," Westinghouse said in a statement.

"The fuel load process will be followed by initial criticality, initial synchronization to the electrical grid, and conservative, step by step, power ascension testing, until all testing is safely and successfully completed at 100% power," it said.

Westinghouse won the contract build two units of AP1000 reactors in Sanmen, Zhejiang Province and two units in Haiyang, Shandong Province back in 2007.

U.S. AP1000 projects have suffered severe delays and cost overruns. The Vogtle 3 & 4 AP1000 reactors in Georgia are the only new nuclear reactors currently under construction in the U.S., following the halting of the V.C. Summer 2 & 3 project in South Carolina in July 2017. Vogtle 3 is currently expected online in November 2021, followed by Vogtle 4 in November 2022.

Spiralling costs at the U.S. projects prompted Westinghouse to file for bankruptcy protection in March 2017.

In January 2018, Westinghouse owner Toshiba agreed to sell Westinghouse to investment group Brookfield Business Partners for a price of $4.6 billion.

Bruce Power has awarded CA$914 million ($712.7 million) of manufacturing contracts for the Major Component Replacement (MCR) project at six of its reactors in Ontario. The contracts form part of a CA$13 billion 15-year refurbishment program, including digitization projects, to extend the lifespans of six plant units by 30 to 35 years.

"In the short-term, between 2016 and 2020, the company will be investing approximately CA$2.3 billion (CA$2014) as part of this plan. This is incremental to the company’s ongoing financial investments to sustain eight units of operation," Bruce Power said.

The IPWR is based on light water reactor (LWR) technology. NuScale filed the full DCA to the NRC in January 2017, becoming the first SMR developer to file a full design licence application to the U.S. regulator. NRC accepted the DCA for review in March 2017, setting out a 46-month schedule towards approval by early 2021. This would be the fastest ever licensing of a U.S. commercial reactor.

The NRC has thus far spent 115,000 hours reviewing NuScale's DCA and has issued fewer requests for additional information than earlier large-scale reactor applications, the developer said in its latest statement.

NuScale's SMR design license review remains "on or ahead of schedule" and the developer plans to select its preferred supplier group for the module fabrication by this summer, Jack Bailey, NuScale's Senior Vice President, Business Development, said at the 2018 International SMR and Advanced Reactor conference on March 27.

CNL has designated SMR technology as a research priority and aims to build a demonstration SMR plant on site by 2026.

CNL's invitation to developers represents the start of the laboratories' SMR review process and follows on from its Request for Expressions of Interest (RFEOI) on SMRs, issued in 2017. CNL received 19 expressions of interest for a prototype or demonstration reactor at a CNL site and a further three developers propose to move straight to commercial deployment in Canada, CNL said in a report published in October.

The review process will first involve a prequalification stage, which will assess SMR proposals against preliminary criteria, followed by a due diligence stage which will require a full assessment of funding and project costs. The third phase would be a negotiation of land arrangements and other contracts with a view to signing a site disposition agreement with the Atomic Energy of Canada Limited (AECL), owner of the CNL-managed sites. The fourth and final stage would consist of licensing and construction, testing and commissioning.

“This invitation process was specifically designed by CNL to challenge SMR project proponents to address various issues in their planning, and to provide CNL and AECL with the necessary information to make informed decisions,” Richard Sexton, President and CEO of AECL, said.