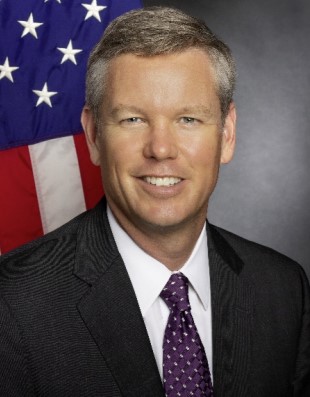 The NRC is made up of five Commissioners, one of whom is picked by the President to act as Chairman. The Commissioners, no more of three of which can be of the same political party, serve five-year terms.

Hanson, who was made a Commissioner on June 8, 2020, has more than two decades of government and private-sector experience in the nuclear sector. Prior to joining the NRC, he served as a staff member of the Senate Appropriations Committee, where he oversaw civilian and national security nuclear programs.

“I am honored to have been selected by President Biden to serve as the next NRC Chairman and to lead the talented women and men who oversee the licensing and regulation of our nation’s civilian use of radioactive materials,” said Hanson.

The Darlington Refurbishment Project is moving to its next stage after the successful separation of the Unit 3 reactor and its systems from the three remaining operating units at the Darlington Nuclear Power Station, Ontario Power Generation (OPG) said on Jan. 19.

The group officially ended “islanding” activities, whereby the unit is physically isolated to create a safe and defined working area for refurbishment and to protect the workers, on Jan. 6, 10 days ahead of the originally planned 44-day schedule, OPG said.

"Islanding” involved the installation of the bulkhead by welding together sixteen 5,000 kilo steel panels to physically isolate the unit.

Containment Pressure Tests (CPT) on Jan. 14 verified an airtight seal around the bulkhead certified the “islanding” and triggered the next stage of work, the Removal series, which will dismantle the reactor over a scheduled 311 days.

“This means the other operating units at the power plant will continue producing electricity for the province while we simultaneously remove critical components on Unit 3. I’m most proud that we achieved this milestone safely and ahead of schedule and on budget.”

More than 4,000 lessons learned were captured from the refurbishment of Unit 2 which returned to service in June last year, OPG said. Areas identified for improvement included welding techniques and weld quality, prompting enhanced training and assessment programs, the utility said.

NuScale Power and the Utah Associated Municipal Power Systems (UAMPS) announced that they have executed accords to facilitate the development of the Carbon Free Power Project (CFPP) to deploy small modular reactors (SMRs) at the Idaho National Laboratory, NuScale said in a statement on Jan. 11.

The agreement could lead to the placement of the first order for the NuScale Power Modules in 2022.

“This is the first step in a prudent deployment plan that could result in the order of NuScale Power Modules in 2022.”

The orders come after the recently signed agreements to manage and de-risk the development of the CFPP including the Development Cost Reimbursement Agreement between UAMPS and NuScale, and the $1.355 billion multi-year Financial Assistance Award from the U.S. Department of Energy to CFPP LLC, a wholly owned subsidiary of UAMPS established to develop, own and operate the CFPP.

UAMPS and Fluor Corporation have also signed a cost-reimbursable development agreement to provide estimating, development, design and engineering services to develop the site-specific cost estimates for deployment of the NuScale technology at the INL site, NuScale said.

On August 28, the U.S. Nuclear Regulatory Commission (NRC) completed its Phase 6 review – the last and final phase – of the Design Certification Application for NuScale’s SMR, the first ever SMR to receive NRC design approval.

The U.S. Department of Energy’s (DOE) Deputy Secretary Mark W. Menezes and the U.S. Department of Defense’s (DOD) Deputy Secretary David Norquist have signed a memorandum of understanding (MoU) affirming the mutual interest in enhancing the partnership between the DOE and the DOD on space-related research and technology development, the DOE said in a statement on Jan. 19.

The accord broadly supports U.S. national space policy priorities and deepens the cooperation on matters relating to space between the two agencies, it said.

“This is an historic day to solidify and expand on the storied space relationship between DOE and DoD,” said Deputy Secretary Menezes.

“This MOU lays out the framework for DOE to harness the world’s greatest science and technology researchers at DOE’s National Labs, and program offices, to augment DoD’s critical national security space mission and will play a crucial role for future space developments across the two departments.”

The MoU includes cooperation with a focus propulsion and power in space, dual-use critical and emerging technologies related the industries of the future and other areas of mutual interest between the parties in the national security space arena, the DOE said.

Goals include strengthening the national space innovation base and deepening scientific exchange between DoD and DOE research laboratories and facilities, it said in the statement.