Wednesday Update including: snail mail as the ‘new’ communications channel, the ROI of social media, and the social media habits of Gen Y.

Snail mail as the ‘new’ communications channel, the ROI of social media, and the social media habits of Gen Y.

A new infographic from InSites Consulting looks closely at the social media habits of the Generation Y group of the15-34 year-olds. The research indicates that well over 50% of this most coveted group now use social media. As a highly social group it’s not surprising that Facebook is top of their preferred social media networks, followed by Twitter.

For brands that want to develop a constant connection with their advocates, the infographic shows that 80% of the Gen Y group use their social media networks daily. Marketers targeting this group can use strategically timed Facebook updates or tweets, that roll out a campaign over several days, and be pretty use to engage with their target audience across the largest social media plartforms. 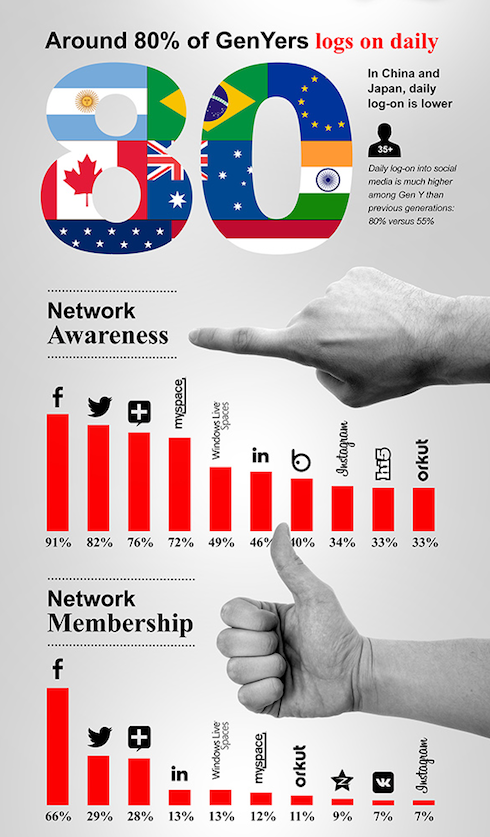 It seems that many businesses are still find it difficult to integrate social media into their wider customer services function. This is worrying, as the research concluded that organisations without integrated communications for their customer services took a massive 750% longer to respond to a customer query than those with a social media function in their contact centres.

Commenting Rufus Grig, chief technology officer of Azzurri Communications says:  “Those organizations that fail to join the dots of their customer interactions risk losing customers, as they will simply move to another firm that is more organized. Customers want to interact with the organizations that serve them by whichever means is the most convenient for them, but they hate having to repeat themselves across every channel.”

Grig concluded: “While Facebook adoption has slowed down considerably in the last year, we do not believe that social media has reached its saturation point as a legitimate communications channel for organisations. We believe the slowdown is due to organisations struggling to deliver good customer service as they wrestle with an apparently ever-growing number of communications channels.

It’s a debate that shows no sigh of ending, as corporations attempt to quantify their ROI across the social media channels they use. Whether ROI is measured in actual income and profit, or is of a more intangible nature, business are using a wide range of metrics to justify their social media spending. A new infographic from Psoshul shows how 10 businesses have approach the ROI of their social media activity. Which one resonates with your business? 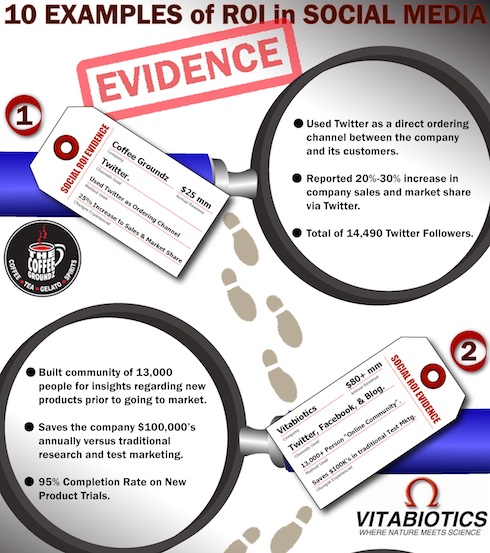 Any corporation within the B2B space should make reading the new B2B Content Marketing: 2014 Benchmarks, Budgets, and Trends report, sponsored by Brightcove a top priority. The Content Marketing Institute reports: “B2B marketers are using all social media platforms to distribute content more frequently than they did last year. In addition, they now use an average of six platforms, versus five last year. The social media platforms that have experienced the biggest surges in use, year over year, are SlideShare (40% vs. 23%), Google+ (55% vs. 39%), and Instagram (22% vs. 7%).”