WeChat tests ads. Facebook’s economic impact, why more time is being spent on social media and the latest search and social shapshot.

According to a new report from Deloitte, Facebook is having a marked impact on the global economy. The report states that the social media leviathan:
Facebook chief operating officer Sheryl Sandberg said: “Across the world, there is a greater urgency about creating jobs. The good news is that the tech industry is powering the economy and creating jobs within and beyond its own campuses. Every day, businesses of all sizes, sectors and skill sets are using the Facebook platform to grow and expand.”

Forget about Weibo (China’s Twitter) all eyes are now moving to WeChat that is reaping the rewards of Weibo’s abortive attempt to place ads on its services, which was met with much constanation by its users. WeChat on the other hand has been taking things much more slowly.

With 468 million monthly active users it was of course only a matter of time before ads came calling, but as Jason Hong, planning director at Tencent, unveiled the house test ads in a LinkedIn post: "Finally can take the wraps off," he wrote, asking for feedback. The posts are marked "promoted." Their content appears to be an explanation of the test ad format, and read, in part: "We are trying to make some changes."
Corporations looking at how social media channels are managed and monetised will welcome this slow move to commercialisation. However, care must be taken to ensure that users are not alienated. 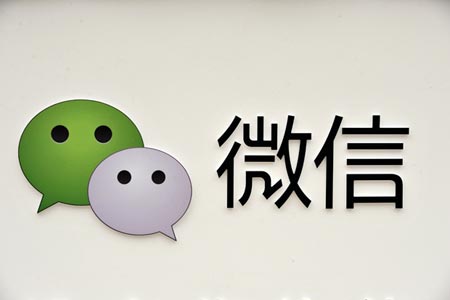 GlobalWebIndex has been tracking the daily time that people spend on various forms of media since 2012. By asking their 170,000 annual respondents how long they typically devote to the internet as well as online and offline forms of TV, press and radio, GlobalWebIndex has built a detailed profile of media behaviours.
The research concludes: “What’s strikingly clear from our data is that the Internet is capturing more and more of our time each day – with total hours spent online via PCs, laptops, mobiles and tablets growing from 5.55 in 2012 to 6.15 in 2014. One of the drivers of this is still increasing level of engagement with social networks, which have climbed from a daily average of 1.61 to 1.72 hours over the period in question. Micro-blogs have risen too, now typically capturing 0.81 hours per day.
“As a share of the time we spend online, these engagement figures mean that social networking now accounts for almost 30% of our daily Internet activities, with micro-blogging approaching the 15% mark. That’s important food-for-thought given how many commentators have been willing to proclaim that the social networking “bubble” has burst and that the top networks are dying. Rather, we’re actually spending more time on networks now than in the earlier part of the decade – with the rise of the mobile internet, and the ability it affords us to connect to networks at any time and from any location, being a major driver of this.”

How did marketers fare in the search marketing waters of Q4 2014? Paid search is a mature space and its waves are less tumultuous than other channels, such as social. Even still, seasonality and changing industry tides mean that even experienced paid search marketers must be constantly seeking opportunities to expand, innovate, and optimize their programs to continue to drive efficiency and extract maximum value.
In Q4 2014, global search marketers invested 14% more in the channel than the same quarter of the previous year, most likely propelled by retailers at the helm during the peak end-of-the-year shopping season. Revenue charted course very closely to spend growth, seeing a 12% boost YoY, and overall, marketers saw a strong $6.08 return in Q4.

Until next time….
The Useful Social Media team.