Why connected customers are not equal, Pinterest marketing expands, more video sharing and which social media marketing mistakes to avoid.

“With 70 million users in the world and numerous social interactions every day, Pinterest is a social network on the move… The latest statistics about users’ activities and brands’ heavy mobilization prove it,” says the creators of the latest infographic that illustrates the power that Pinterest continues to weald across the social media space.
For brands looking to leverage their visual marketing, has been evolving is reach across the consumer space for the last couple of years. The latest stats indicate 30% of Pinterest users are aged between 25 and 34, 75% of Pinterest users access the network through mobile devices. Everyday, 54 million Pins (images) are added on Pinterest. And 23% of online sales via social networks are generated through Pinterest.
Corporations must now ensure that where appropriate their marketing messages contain a focus on Pinterest. As a commercial space its reach will only increase next year.

17.9% of Internet users account for more than 80% of video shares

Almost one in five Internet users share videos with their social networks more than once a week. That’s according to a new report from Unruly, which found that these “super-sharers” account for 82.4% of all video shares.
Unruly’s Geography of Sharing Report, which identifies key online video sharing trends from around the world, suggests that advertisers looking to drive more earned media should target these consumers.
The report also shows that the video ecosystem is fragmented. While the majority of video shares (59.4%) worldwide take place on Facebook, viewers share across a multitude of platforms, including Twitter (13.8%), Google+ (9.3%), Tumblr (5.7%) and Pinterest (3.9%). The report also shows that over three-quarters of video views take place outside of YouTube.
Other highlights from the report include:
Olly Smith, EMEA MD at Unruly, said: “Using the right mix of emotional and social triggers, social video campaigns can cross geographical and linguistic borders and be used to kick-start global conversations. However, local activation is the key to success and this is where data-driven insight, revealing the subtle differences in sharing habits by market and by demographic, can propel campaigns to global success and protect brands from making a cultural faux pas.”
He added: “Our data shows that for brands wanting to extend their audience reach and maximise earned media on their digital video campaigns, targeting super-sharers across a broad range of platforms greatly increases their chances of success.”

Every corporate marketer belives they understand how to fully leverage their use of social media. A great infographic from Buzzplant offers a handy summary of nine mistakes that are often made with developing marketing strategies for social spaces. 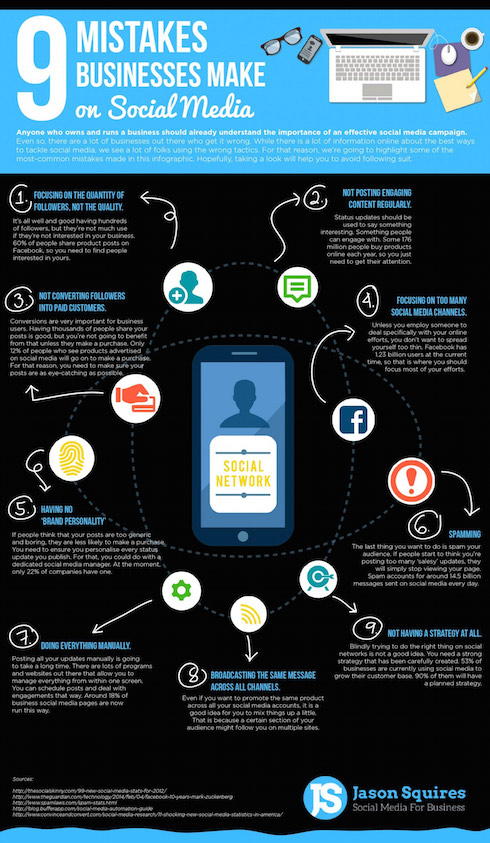 Connected customers are not equal

New research from AT Kearney offers corporate marketers the insight they need to ensure their messages are reaching the right people. In a 24/7 mobile connected world, it can be easy to see every customer with a smartphone as the same – with similar marketed messages directed at them. The Kearney research clearly concludes that these users are not a homogenous whole, but need to be treated as discrete groups with their own motivations.
For the study, Kearney surveyed 10,000 “connected consumers”—those who say they connect to the Internet at least once a week, but oftentimes much more. The survey includes approximately 1,000 consumers each in the United States, the United Kingdom, Germany, Japan, Brazil, Russia, China, India, South Africa, and Nigeria, and it is statistically significant and census-proper in each market
The key findings of the survey include:
Kearney conclude: “In summary, connected consumers are not created equal—in their behaviours and motivations, in where they get their information, and in who influences their opinions. While they share many similarities across the world, there are profound differences from market to market, based on demographics, infrastructure, and social orientation.”
Until next time….
The Useful Social Media team.

Inside Pinterest
Visual social in 2014 Part 1: The eyes have it…
comments powered by Disqus