What are the core differences between B2B and B2C social media and see how they can be leveraged for success?

Until now the main focus for social media activity has been within the B2C sector. However, B2B corporations are waking up how social media can be a powerful marketing tool for their businesses.

According to a survey by Eloqua in 2012 under a third of the UK companies surveyed used social media for lead generation, and only 16% used social media to assess market perception of their brand.
With these facts in mind, it’s worth investigating the realm of B2B social media and gathering expert comment as to how it differs from B2C, what these differences mean to the business, and how to leverage these to deliver superior campaigns that deliver results. In part one of this three-part series, we are exploring the inherent differences between the two in more detail.
Sue Edwards, Managing Director of Aspen Legal and lecturer on social media believes that there are a number of differences between B2B and B2C social media from a business perspective and that there are three considerations to bear in mind: 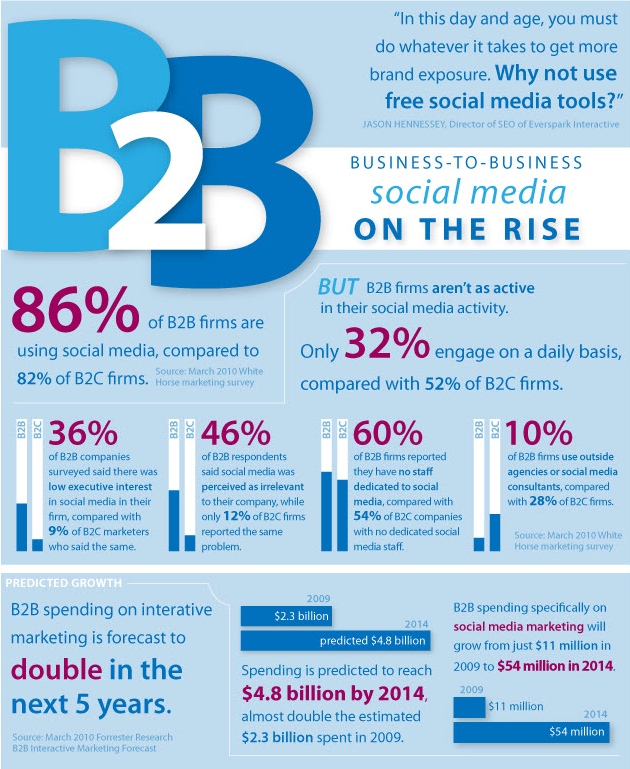 Increasing numbers of organisations in the B2B sector are expanding their usage of social media networks.
Joseline Mudede-Macdonald, Marketing Manager at WhatUsersDo agrees, “The content created for B2B audiences must be value added and – in my view – that takes a lot of investment and resources. Content needs to respond to the reservations of your audiences, communicate the specs of your products at the right time, in the language they will understand, regardless of what part of the organisation they sit on.”
There are also similarities between the two platforms. The objectives that drive them, the tools that are used, the platforms selected – these can be used to target either consumer or business audiences alike.
“It is the message or content and how it is communicated that will be the greatest differentiator,” says Jessica McEndoo, Executive at Experience iT, “Certainly the goals for a social media campaign will be similar whether strategizing a B2B or B2C social media campaign, though individually the objective may vary in importance, depending on the company and campaign.”
Social media is a method of bringing down the wall between your business and other organisations. It is about networking and partnerships and communication.
“At a business dinner you wouldn’t network with people who are not involved in your area, you’d target your efforts and individuals who have something to offer you professionally,” says Talullah Habib, Social Media Activist, ITWeb [http://www.itweb.co.za/], “It is the same with B2B social media as it is about strategic partnerships.”

The heart of the matter

McEndoo believes that one of the core differences between B2B and B2C social media lies in the digital marketing approach. “B2B campaigns may be driven by smarter yet more subtle tactics aimed at targeted audiences who want to be taken more seriously, and feel that they are building sustainable and valuable relationships with a long term view. As a result, B2B social media takes patience and dedication as the return on investment may only be measurable over time.”
Mudede-Macdonald concurs, “B2B social media offers marketers an opportunity to earn access to audiences over an extended period of time by using content, commentary and insight to build a following.”
There are several points that are worth considering when looking to defining B2B over B2C:
“B2C has a larger number of social channels and buyers make decisions fast,” says Andy M. Turner, Six Sigma Public Relations, “B2B buyers are usually middle and senior level managers who make slower decisions and need to follow a process. They are also more time-pressed compared to most B2C buyers.”
Your B2B social media campaign needs to deliver content and information that works in conjunction with client buying cycles and has to be utterly focused. B2C campaigns are often about volume, a wider spread to a larger public to drive awareness of a product or service, whereas your B2B campaign is more about converting content into sales with a narrow, targeted strategy.
“B2C campaigns will often be objectified by quantitative measurements of reach,” adds McEndoo, “A B2B campaign should really be objectified by successfully connecting and engaging with a more selective audience and driven to towards leveraging such relationships to the benefit of the company’s brand positioning it its market.” 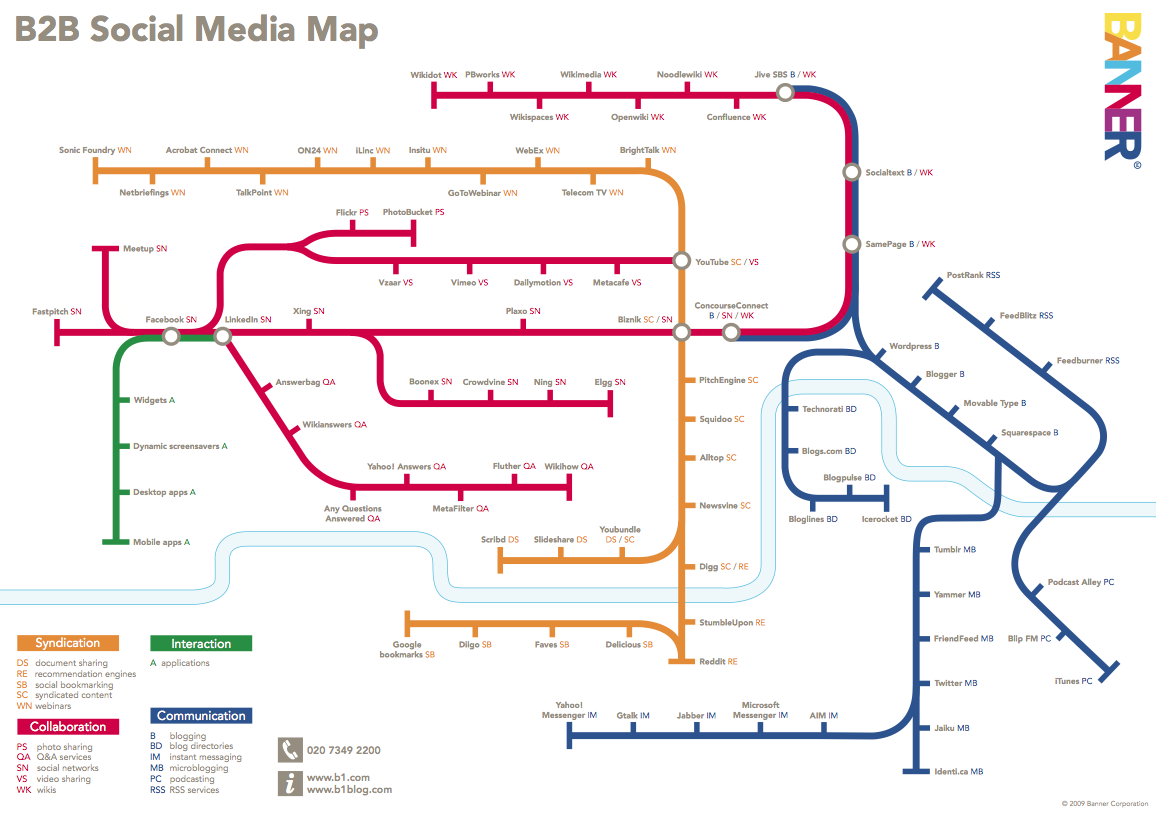 When B meets C

The platforms used to promote a B2B message are often the same as those used for B2C. The Eloqua survey indicated that 80% of those surveyed used Facebook for demand generation, 78% used Twitter and 51% used LinkedIn. This is not exactly in line with what our experts have said with Turner, McEndoo and Habib all advocating LinkedIn as the platform of choice.
“What CIO has time for Facebook? And would a CIO be looking for that kind of content on Facebook? Facebook relies on popularity of articles for them to spread (EdgeRank) so something that niche would just not be suited to the platform,” says Habib, “Rather, I'd probably use something like LinkedIn and maybe Twitter. The key would then be to build up a following of the right people.”
It isn’t just the channels that are similar. Any B2B campaign can benefit from adopting some of the elements of a successful B2C campaign. Adding personality to your interactions, having a cohesive strategy that delivers the right information to the right markets, and humanising the brand can add value to a B2B campaign.
Sue Edwards adds, “There is some considerable overlap as essentially we are selling to people, but we do well to remember a consumer only has to please themselves. A business buyer will have all sorts of deliverables and accountability chains to satisfy before purchase. Social media can be used to build knowledge and awareness very successfully by engagement.”
A B2B campaign needs to be:
In contrast, the B2C social media campaign covers a wider area, is more about emotive purchasing decisions and entertaining the reader. B2B is deep and narrow in its approach – it educates, informs, caters to the niche and is driven by figures, statistics and facts.
In the second part of this series we will consider how to create a story through your brand: understand how to take a business-facing brand and create content to appeal to your different stakeholders.