The latest Q3 figures from GlobalWebIndex indicate that young people in particular are not as enamoured with Facebook as they once were. The figures gathered for this snapshot illustrate that it’s the traffic across Facebook that is falling with younger audiences. 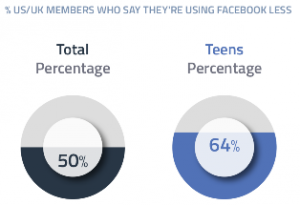 Many cite they don’t use Facebook as much simply because their friends don’t, moving to newer social platforms such as Snapchat. However, Facebook Messenger is still popular, illustrating that apps retained their attraction clearly linking to young audiences propensity to access social media networks on their mobile devices. 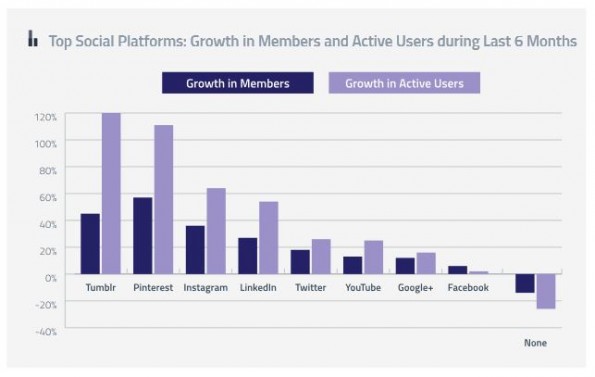 Facebook is also the only network which has seen a drop in active usage among 16-24s during 2014; although it’s a very small one (-0.5%), it needs to be viewed in the context of all other networks posting substantial increases among this audience.
Multi-networking is flourishing; China excluded, a significant 91% of 16-64s visited YouTube or Facebook or Twitter or Google+ last month. Moreover, some 19% visited all four.
Tumblr and Pinterest are the fastest growing social platforms in 2014, with their active user numbers having increased by 120% and 111% respectively. Instagram is the third fastest riser, up by 64% since Q1 2014. However, all social networks saw an increase in active usage during Q2 and Q3 2014 as the World Cup became a major talking (and sharing) point within the online space.
Snapchat is the fastest growing app (up 56% since the start of 2014), followed by Facebook Messenger (+52%) and Instagram (+47%). Overall, though, Facebook is still by far the top social app (being used by 43% of internet users globally). Facebook also dominates in terms of chat/messaging apps, with Messenger (27%) having re-taken the lead from WhatsApp (25%) following Facebook’s decision to strip the messaging functionality out of its main app.
Mobiles and tablets are seeing big rises for social networking, whereas the audience engaging via PCs/laptops is contracting. It’s now about 6 in 10 who use social networks via a PC/laptop compared to more than 4 in 10 logging on via mobiles.
Some 44% of VPN users say they have visited Facebook in the last month, but this trend is most significant of all in China – where over 90 million online adults say they have used a VPN in order access restricted social networks. This is one of the major reasons behind sites like Facebook and Twitter having substantial audiences in China (with about a third in the country having accounts on the two services). 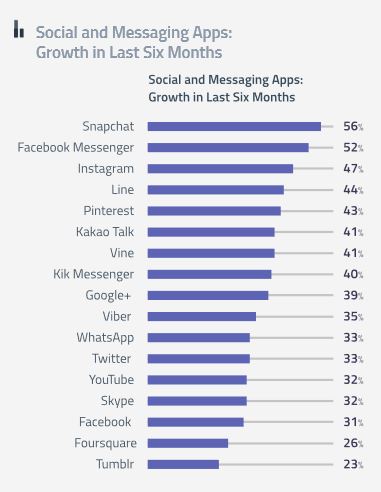 The report concludes: “In the last few months, it’s been common to see reports which attack Facebook and which claim that it’s losing its relevance and popularity. Although there’s no easier way to grab attention and headlines, this simply isn’t true.
“The fact remains that no other social network can currently offer a comparable reach, no other social network has such consistent popularity across countries and no other social network is integrated so comprehensively within the infrastructure of the internet (e.g. via “like” buttons). Behind Facebook, there are three platforms, which compete for second position: YouTube, Twitter and Google+” but the social network leads by an appreciable distance."
Facebook also made a recent announcement that it would be reducing overly promotional posts in news feeds. Industry watches have pointed out that isn’t the whole point of a Facebook promotion to place these ads in the news feeds of relevant users?
Facebook’s own research concluded its users wanted less ads in their timelines, with some messages they felt better suited to Facebook ads themselves. Clearly from a marketer’s perspective, ensuring their promotional messages are not too strong is an art in itself.
Facebook has always come under a great deal of criticism with many pundits forecasting its demise. It is though, still the leader in the social media space, but it’s when you start to look at the detail of who is using its services things become a little clearer about how Facebook usage is changing.
[Image Source: Freedigitalphotos.net]