As social media continues to sweep across every department with a corporation’s structure, what will businesses look like in the future, as they transform themselves into social corporations?

Corporations that have spent a few years getting to grips with how to use social media still struggle to understand where this activity should be placed within their organisational structure.

In their whitepaper YomegoSocial succinctly state: “One of the biggest battles in the engagement debate is about where it sits in the organisation." Is engagement a PR aim, or is it something that will shift units? An enlightened answer would be that it is both — there are no interactions with consumers that don’t impact on perception.

“At the moment, the battle to own engagement is between the PR and the marketing teams. On one side are those arguing that what matters are the relationships and advocacy that can be fostered through social channels. And on the other are the brand owners that need to justify a return for all this warm and fuzzy positive sentiment. Both sides are right. Both matter. But unless both sides can work together and break down the silos to come up with a workable model to understand engagement, we’re going to keep hitting budget stalemates.”

The integration of social media into corporation is far from complete, but businesses have taken major steps forward. What was seen as little more than a divergence from the company’s traditional marketing and customer services activity, is now seen as an integral component of those functions, but social offers much more besides. Today, corporations are integrating social media into ever area of their operations, as social media continues to percolate through their organisations.

It is also telling that recent research from Forrester and VMware has shown a marked increase in the intention to purchase social business technologies. Forrester state: “Not only do we see significant investment in social business technology, but also increases in spending are on par with other critical investments like mobile, content management, and collaboration.

“How do you expect your spending on the following software categories to change in 2012 compared with 2011?”

There are barriers that corporations have to clear in order to leverage the benefits that social media can deliver across their organisations. From a systems and processes perspective, this will mean a better understanding of how social media platforms add value to not only customer facing systems, but also backend systems as well.

Gartner also predicts that by 2012 around a quarter of corporations will have created a Chief Digital Officer (CDO) role within their organisations to manage the digital components of their enterprises – most notably where social media feeds into their business’ activities. “The Chief Digital Officer will prove to be the most exciting strategic role in the decade ahead, and IT leaders have the opportunity to be the leaders who will define it,” said David Willis, vice president and analyst at Gartner. “The Chief Digital Officer plays in the place where the enterprise meets the customer, where the revenue is generated and the mission accomplished. They’re in charge of the digital business strategy. That’s a long way from running back office IT, and it’s full of opportunity.”

Deloitte commenting: “This evolution acknowledges that many parts of the business can reap benefits from postdigital convergence. This postdigital environment creates both the opportunity for innovation and the existential threat of disruption – especially now as many businesses are inherently digital. What’s at stake may very well be the future of the business. Tomorrow’s leading CIOs are likely to be those who rise to the challenge, perhaps reframed as the CDO, forging new identities as a postdigital catalyst – an agent to provoke or speed the move to the Postdigital era.”

Three years ago Jeremiah Owyang formulated a number of business organisational models that illustrate how social businesses could be organised. Which model could best suit your organisation will need careful consideration. One thing is certain though, your business’ existing structure cannot continue if the transformation to a fully functional social business is to be completed. 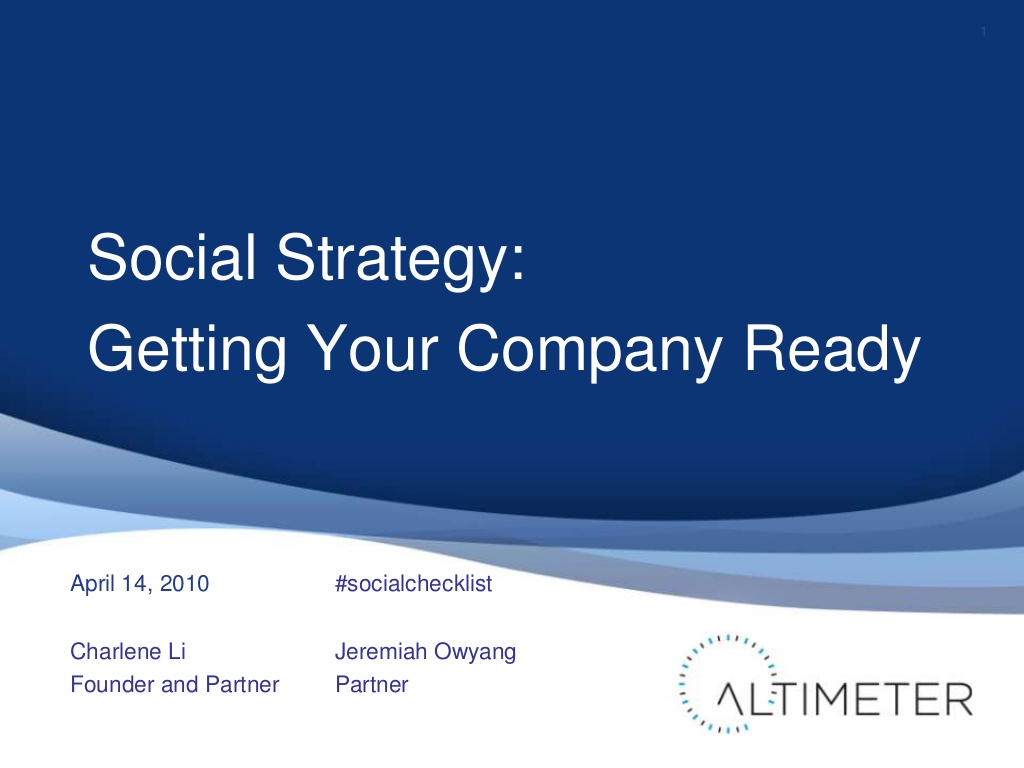 Social media is changing the very DNA of corporations rewriting their operating structures to ensure they survive in a changing environment that bears little resemblance to the past. The ‘C3’ approach – command, control and communicate, are no longer relevant.

As Deloitte point out: “Many businesses have found success in the model. But current business practices constrain individual responsibility, accountability, and capability. Sometimes that’s due to real or perceived boundaries of a specific job. Often it’s because people are simply unable to navigate the organization – find the right information, specialists, or decision makers to grow ideas, build relationships with people with similar interests, or effectively work together in a multinational, matrix reporting environment.

“The real potential of social business involves breaking down barriers that limit human potential and business performance. But it requires fundamentally rethinking how work gets done and how value is created in the Postdigital era.”

Social media is reengineering businesses so they can compete in a commercial space where their customers take the lead that they follow. Social media is of course not a panacea, but corporations are realising that they must transform the organisational aspect of their businesses to fully commercialise the benefits that social media now places before them.