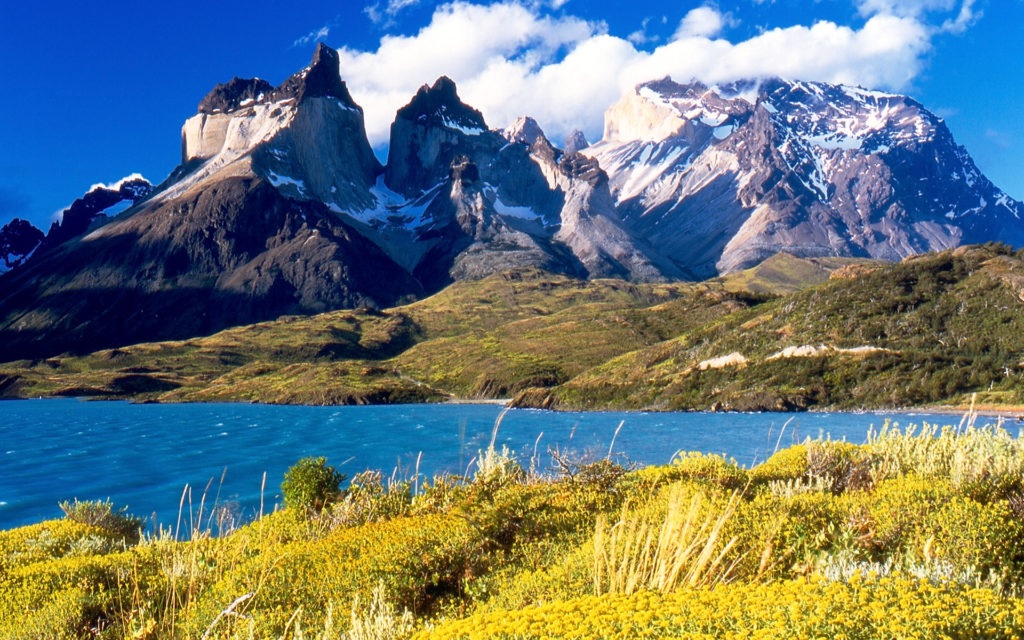 Today, we continue our exploration of Latin America, with Part II of our Regional Profile. In Part 1, we reviewed our general stats (gathered as part of our Global Trend Map survey), including the leading internal and external challenges for insurance players in this geographically and socially diverse region encompassing over 600 million people and 30+ countries.

Additionally, we identified a number of Insurance and Insurtech themes for discussion, in conversation with our two in-region commentators, Hilario Itriago, CEO at VC fund Bullfrog Ventures and Luiz Bruzadin, Founder at Brazil-based Insurtech Segure.me:

Having covered the first of these themes in Part 1, we now move on to Themes 2 and 3. Get the full Profile on LatAm, as well as those on Europe, North America, Asia-Pacific, the Middle East, Africa and Central Asia by downloading the full Insurance Nexus Global Trend Map whenever you like (it's free!).

For all the insurance facts and stats from round the world, access the complete Insurance Nexus Global Trend Map here! ...

2. Transforming Insurance in LatAm: from Systems to Ecosystems

As in other geographies, once the need for technology-driven business change becomes apparent, the question of implementation becomes paramount. And, as elsewhere, there is more than one approach. Often, what prevents innovations from coming to fruition are legacy back-office systems, and Segure.me's Luiz Bruzadin believes that insurers’ business transformation efforts should start here:

‘We may be more than 1 or 2 years behind the leaders,’ he acknowledges. ‘The legacy systems that we have here are well outdated – we built those systems 20-25 years ago.’

"A strong core platform for the big players is a strong core platform for running the company. But if they do want to run their business better, insurers need to invest in the smaller, specific and focused capabilities that would allow them to really differentiate their processes where it matters the most to the consumer. It’s the discretionary spending on improving specific processes that is making the big difference for the consumer."

However, overhauling legacy systems is much more easily said than done, and there are several local considerations which may be making this more onerous. Bruzadin points out three.

— Firstly, the fact that many Latin-American insurers have grown over the past decades via mergers & acquisition has led to a proliferation of different systems, each requiring integration.

— A second issue is financial, with insurers’ current low margins limiting investment. Bruzadin comments that those insurers with deeper pockets are much better placed than others to meet the current challenges.

— A third factor impeding insurers’ digitisation efforts is the lack of comprehensive solutions on the market, a state of affairs that Bruzadin traces back to the regulatory environment in the region (consistent with the prominence of the regulatory challenge, which we highlighted in Part 1).

‘The regulators are pro-consumers, not pro-market; they tend to create rules that hinder the ability to improve productivity for the carriers,’ says Bruzadin. ‘So it’s difficult for companies to build a total digital solution. Global providers need to adapt for the local regulations that are pretty much different from country to country, so you don’t end up with a solution that fits all players.’

This lack of available solutions, Bruzadin believes, is leading carriers to postpone their decisions on digital transformation. He concludes somewhat pessimistically in relation to his native Brazil:

The impasse many carriers have reached regarding full-scale system upgrades may signal that a different style of thinking altogether is called for in the face of today’s challenges. Hilario Itriago, CEO and Co-Founder at Bullfrog Ventures, believes that insurers now need to move beyond the monolithic approach to systems that worked in the past:

‘A strong core platform for the big players is a strong core platform for running the company,’ he explains. ‘But if they do want to run their business better, they need to invest in the smaller, specific and focused capabilities that would allow them to really differentiate their processes where it matters the most to the consumer. It’s the discretionary spending on improving specific processes that is making the big difference for the consumer.’

Asked to specify which capabilities insurers should focus on building out, Itriago gave some examples of things he sees making a difference already:

‘It’s fast underwriting, so that people get their policies right there and then, on any device that they want, and even faster claims processing – so that the consumer can see the value of having been insured at the moment they actually need it the most.’

The model that Itriago sees emerging is an ecosystem of tools – a DevOps or API culture – that will allow insurers to be innovative and adaptable to fluctuating consumer trends, with neither the big down-payments nor the functional lock-in of traditional infrastructure investments:

‘I believe that we will end up decoupling a lot of functionality and running functions on the platforms that actually do the best job for that, while keeping a smaller centralised core that is easier to maintain and less costly to run,’ he reflects.

At least a part of this process, Itriago believes, will be completed via the incubator/accelerator route. Many insurers and their holding companies may not be best placed to innovate internally, although Itriago points to Colombian Grupo SURA, which has developed its own P2P insurance solution internally (Wesura).

"Your Open API approach has to become the main principle/ strategy of all your business and technical ambitions. You have to evolve your systems to an open platform and ecosystem – like the ones Amazon and other digital retailers have made very successful - selling everything to everybody, not only your own products."

Oliver Lauer, former Head of Architecture / Head of IT Innovation at Zurich

One of the key issues faced by incumbents attempting to innovate is the change-management requirement. It is not enough to create innovative new technologies; there also needs to be a new mindset. As Itriago points out:

‘At the end of the day, the platforms are only there to empower a set of individuals, who are the ones that actually run the business... We don’t want people running the efficient new processes in the same way they used to run the old ones.’

See also - Beyond the Incubator: Solving the Insurtech "People Challenge"

For this reason, we are likely to see a variety of different collaborative frameworks emerging between insurers and Insurtechs, everything from investment and ‘coopetition’ to outright acquisition. Indeed, Itriago ultimately envisages a hybrid model:

‘I do think that many big incumbents are going to end up acquiring some of these smaller players and integrating them within their product offering before these guys grow too big and actually take their lunch away,’ he concludes.

"An important consideration is competing priorities and incentive. If it’s critical to get systems online and integrated then this must be made clear in terms of tone at the top, prioritisation, financial incentives, dedication of resources and rigorous project management. Businesses will often put 'IT projects' on the back burner to work on their bread and butter product and services roles."

While the Insurer-vs-Insurtech debate will potentially have a less radical conclusion than some industry pundits suggest, with collaboration in the running to be the win-out model, this is not the only area that can be transformative for insurers’ business. Indeed, in some ways, framing the debate in these terms – Insurers vs Insurtechs – is missing the point for insurers, who may sometimes do better by not trying to own all the components of their stack directly.

A key channel for LatAm insurers – and an area for growth in the eyes of our contributors – is the affinity channel. Trust makes the wheels go round on the modern data-driven insurance business, and trust-building can be a laborious process, especially if you don’t offer customers a tangible, everyday sort of product. Piggybacking insurance distribution on the back of major trusted brands has been, and will continue to be, an effective way for insurers in LatAm to fast-track growth and access new swathes of potential customers.

‘I think the insurance companies are playing their cards everywhere they see the opportunity to generate revenue,’ comments Itriago in relation to affinity channels: ‘in this regard, we are more aligned with the UK and the European market, ahead of the US.’

Thanks to the development of these ‘quasi-direct’ channels, Itriago believes that much of the mindset and infrastructure is already in place in LatAm should the industry eventually move more towards a direct-to-customer model.

Considering all the ingredients, Itriago characterises the Latin-American market as having an auspicious mix of large, well-established regional companies and international-level technology and investment, and believes for this reason that LatAm is as well-positioned to take advantage of the Insurtech wave as anyone. He goes further still and presents a compelling case for investment in the region, citing the scale that can be achieved through access even to just a handful of the larger national markets:

‘If I want an opportunity to reach a strong market, with growth opportunities and innovation as its DNA, then from a regulatory point of view it would be way easier to do that in Latin America, with only 6-8 markets, than to go to the US and try to take on 50 separate states.’

As Itriago sees it, the lure of LatAm is not just in its large established markets but also in the longer-term potential to reach into areas that hitherto have been relatively closed and under-penetrated.

‘Everyone gets really excited about Brazil and Mexico by virtue of the size of their populations,’ he elaborates. ‘And they’re absolutely right – they’re in their own league. But then, if you go to smaller countries with smaller populations and look at the insurance penetration, you’re still looking at a tremendous opportunity in places like Colombia, Peru, Argentina and Chile.’

However, he advises against the perception that a single player could roll up the entire region, stressing the local differences that exist from country to country. ‘The way you’d disrupt Mexico is not necessarily the same way you’d disrupt Peru,’ he cautions.

"Brazil, with a population just over 200 million people and making up roughly half the Latin-American insurance market, has the potential to become a major Fintech hub. According to ABFintechs, the Brazilian Fintech association, Brazil currently hosts over 200 Fintechs; some examples of this – on the insurance side – are online purchasing platforms Bidu, Minuto Seguros and Youse."

Both Bruzadin and Itriago foresee strong insurance growth in LatAm over the coming years, Bruzadin citing among other positive factors the move towards more open-market policies at a government level in several countries.

Itriago believes that as we head towards 2020 things will be a lot more interesting for Latin-American insurance than over the past decade.

‘The acquisitions that have happened, certainly in the last 24 months, give you an idea that big investors think the same way,’ he adds. ‘Hopefully that’s the case and brings good opportunities for everyone.’

That concludes our Regional Profile on Latin-America... If you'd like to read the full profile in one go (along with the latest stats on almost every insurance topic under the sun), then simply download the full Trend Map here. Otherwise, join us next week as we head to Africa; topics include making microinsurance work, tech-driven innovation in low-end markets and the long-term insurance outlook for Earth's fastest-growing continent!