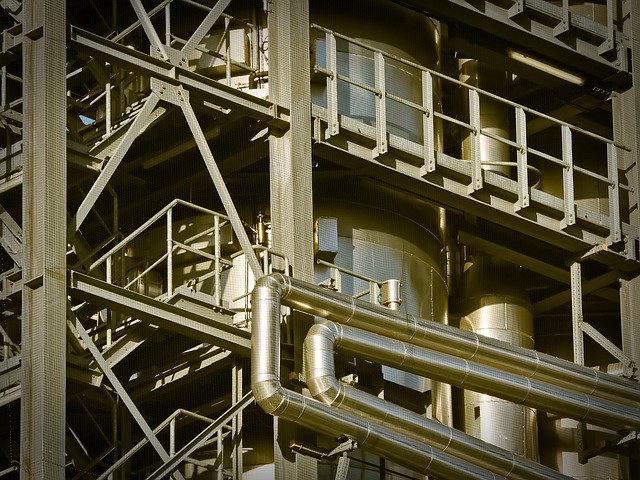 U.S. chemical production was mixed in the latest three-month-moving-average report by the main guild of chemical producers with gains in coatings, adhesives, industrial gases, synthetic dyes and pigments production that were offset by lower output of plastic resins, organic chemicals, synthetic rubber, fibers, fertilizers and pesticides.

“As nearly all manufactured goods are produced using chemistry in some form, manufacturing activity is an important indicator for chemical demand,” the American Chemistry Council (ACC) recently said in a press release.

For November alone, the U.S. Chemical Production Regional Index fell by 0.4% following declines of 0.4% in September and 0.3% in October.

Chemical output was lower than a month ago in all U.S. regions, with the biggest declines in the Gulf Coast, home to much of the nation’s chemical capacity.

Cox Enterprises to invest $150 million in plastic recycling through Nexus

Cox Enterprises, an Atlanta-based company that owns Cox Communications and Cox Automotive, will invest $150 million to help Nexus “build additional capacity to serve its expanding customer base and meet the outsized demand for recycled-plastic products.”

Nexus plans to build facilities with processing capacity of more than 250 million pounds of used plastic annually, according to the release.

“Using its proprietary end-to-end solution, Nexus works with recycling organizations to capture used plastics, especially hard-to-recycle films, from landfills and has already diverted millions of pounds of plastics,” it said.

The plastic resin industry promotes what it describes as the circular plastic economy with a stress in recycling. While some plastics like expandable polystyrene are harder to recycle, materials like PET have a recycled bales market.

Cox, founded 125 years ago, has about $21 billion in annual revenue. Its home state of Georgia is also where The Coca-Cola Co. bottling company, founded 130 years ago, is based. PET bottles with logos of the company have been found in remote ocean and river locations, according to environmental organizations. Coca Cola and Pepsi Cola firs tapped PET bottles in 1978, according to the website of Plastic Bottle Village.

"One of the company’s goals as part of its World Without Waste sustainable packaging initiative is to collect and recycle a bottle or can for every one it sells by 2030. The company is also committed to making 100% of its packaging recyclable by 2025 and using at least 50% recycled material in its packaging by 2030," the Atlanta-based bottling company said in an April 5, 2022 press release.

In the best scenario, only about just slighly over one of each four virgin polyethylene terephthalate bottles (PET) in the U.S. may have seen recycling in recent years, based on available data.

That April 5, 2022 release from The Coca-Cola Co. indicated that the recycling rate for the PET (polyethylene terephtalate) used in drink containers like the soda plastic bottles with the recognizable shape and design was 26.6% in 2020 in the United States. It has increased slightly since then but remains well under 30%.

The Coca-Cola Co. cited at the time The National Association for PET Container Resources (NAPCOR), based in Charlotte, North Carolina, in a press release from Nov. 2021.

The international organization Oceana has said that the recyling rates may not be indicative of those plastic bottles undergoing a true recycling process "but technically speaking, most are downcycled."

"Also known as cascaded recycling or open-loop recycling, downcycling occurs when a material is remade into an item of lower quality. These items typically can’t be recycled again, which cuts an item’s overall life cycle short," Oceana said.

Oceana said in its July 21, 2021 press release that this downcycling is "especially true for single-use plastics."

Canada has a federal ban on several single-use plastics.

Sales of new single‐family houses in November 2022 were at a seasonally adjusted annual rate of 640,000, according to estimates released jointly by the U.S. Census Bureau and the Department of Housing and Urban Development in late December.

The seasonally‐adjusted estimate of new houses for sale at the end of November was 461,000. This is a supply of 8.6 months at the current sales rate, the U.S. Census Bureau said.

As for existing homes, sales fell for tenth month in a row in November, the National Association of REALTORS said, separately, on Dec. 21, 2022.

Sales of existing single-family homes, townhomes, condominiums and co-ops fell 7.7% from October to a seasonally adjusted annual rate of about 4.1 million in November. Year-over-year, sales fell 35% (down from 6.33 million in November 2021).

Total housing inventory registered at the end of November was 1.14 million units, down 6.6% from October, but an increase of 2.7% from one year ago. Unsold inventory sits at a 3.3-month supply at the current sales pace, identical to October, but up higher than just 2.1 months in Nov. 2021.

Construction and home-related spending are one of the biggest drivers of demand for petrochemicals ranging from PVC for tubing and fixtures to multiple specialty chemicals for uses including insulation, coatings, wiring protection, products with fire retardants and even pesticides. There are also multiple chemicals in cleaning, or resins like polypropylene for carpeting or polyurethane for beddings and cushioning, as well as sealants, pigments for paints, and adhesives like formaldehyde. Automotive, and packaging in its many forms, are two other key drivers of the plastics industry.

Brazilian-based Braskem said on Jan. 3, 2023 that it has hired as independent auditors for the 2023-2025 period KPMG in substitution of Grant Thornton.

The auditing is needed to meet North American legislation and KPMG was the auditor for the 2015-2019 period, later replaced by Grant Thornton for 2020-2022.

In a recent development also involving auditing decisions at one of the biggest companies in Latin America, the former President of Petroperu, Humberto Campodonico, said in late October 2022 in a televised interview, where he also announced his resignation, that a key achievement during his April-October 2022 period of his second presidency of the Peruvian state oil company was to get the auditing company that had worked on Petroperu´s auditings for several years to continue. He also estimated a restart of the Talara refinery by mid-December but there was not any announcement confirming a restart in that month. The plant was shut in 2019, reportedly.