The Canadian plastics and chemical company plans to increase and diversify its ethane supplies, upgrade its existing crackers in Canada, and build a new world-scale LLDPE unit, a NOVA senior executive says. 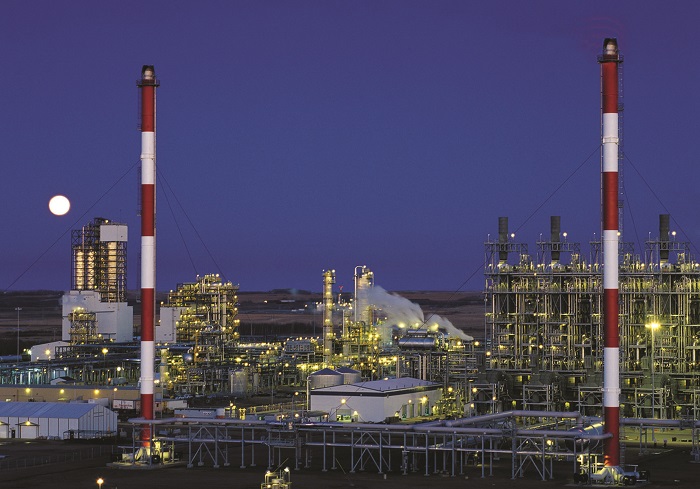 Riding on the back of cheap ethane feedstock, the Canadian petrochemical sector is on course to attract $10 billion in new investments over the next 10 years. After a decade of lacklustre growth, capital expenditure in the Canadian industrial chemicals sector jumped 20% in 2014 and is projected to increase by additional 30% in 2015, to $3.4 billion, according to the Chemistry Industry Association of Canada (CIAC).

Canada’s petrochemical exports are highly concentrated in a few commodities, primarily polyethylene, ethylene glycols, styrene, propylene and butyl rubbers. In the next 15 years, Canada could be a key source of polyethylene, styrene, MEG, urea and ammonia to the US market alone, according to a report by Nexant, Inc. and the American Chemical Industry Council (ACC), published in February 2015.

The question for the Canadian petrochemical industry is where to place the new petrochemical products, and how to maintain competitive advantage in an increasingly busy market. 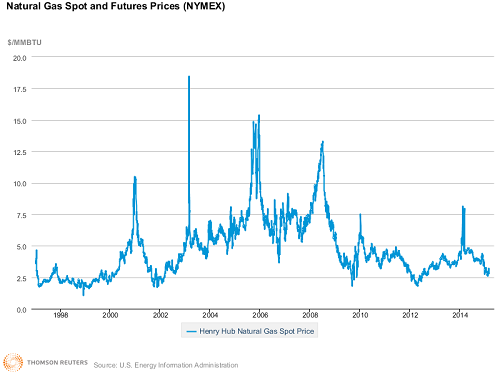 To remain competitive, NOVA Chemicals is focusing on feedstock, asset optimization and growth in Canada, according to Naushad Jamani, Senior Vice President, Olefins & Feedstock at NOVA Chemicals. The company, which uses ethane as a feedstock, produces ethylene and polyethylene as end products, and has a smaller expandable styrenics business.

To optimize and grow its assets, NOVA has embarked on a growth strategy called NOVA 2020, which aims to take advantage of the abundant sources of ethane in North America, Jamani said.

Besides sourcing ethane from its historic supplies (natural gas production in Alberta), NOVA Chemicals was the first to utilize ethane from the Marcellus Shale Basin in its Corruna, Ontario facility in December 2013 and the Bakken Shale Basin at its Joffre, Alberta complex, according to Jamani.

The company is also hoping to bring Utica Basin ethane to its Corruna cracker in 2018, to increase its supply and diversify its feedstock sources further.

As part of the strategy, the company also revamped its Ontario cracker in 2014 to utilize up to 100% NGLs. It is also constructing a new gas-phase linear low-density polyethylene (LLDPE) line at its Alberta asset, expected to start in Q4 2016, to increase the overall polythulene capacity at the site by 40%. The project will involve expanding NOVA's PE1 facility to have a third gas-phase reactor and associated equipment. 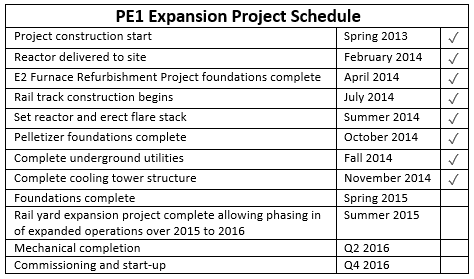 The project's total capital cost, including start-up spending, is about $1 billion to 2016. Source: NOVA Chemicals

Moreover, the company is investigating a conversion of its Ontario cracker to 100% ethane utilization and a modest expansion. Part of the additional ethylene will be used as feedstock for a potential debottlenecking project at the nearby Moore low-density polyethylene (LDPE) line. NOVA is also considering a potential retrofit of its Moore high-density polyethylene (HDPE) line.

In 2016, the company expects to start up a new world-scale LLDPE unit, the first in Canada and the US since NOVA’s Advanced SCLAIRTECH unit in Joffre, Alberta more than a decade ago, according to Jamani.

Although NOVA has retained the flexibility to use heavier feedstocks, it expects its use of heavy feedstocks to be minimal, according to a January 2015 press release. NOVA de-inventoried and shut down its Corunna crude unit at the end of 2014 and expects to make a final shut down decision in the first half of 2015.

According to CIAC Vice President David Podruzny, the Canadian industrial chemical industry is export-intensive, with two-thirds of domestic production being exported, and three-quarters of that going to the US. The next largest export destinations in 2014 were China (7%), United Kingdom (5%), and Mexico (2%).

As US manufacturers ramp up domestic production, Canadian producers will have to compete in the US and other markets, including increasingly shifting into markets such as China, where Canadian producers have a long-established tradition of exporting polyethylene and ethylene glycols.

Some experts argue that the Asian market will likely have a much lower netback for Canada than selling directly into the US. As long as Alberta, in particular, has access to cheap ethane, its prime market will remain the US. This would be the chain – Canada increases its sales into the US and a little more perhaps into Asia, and the US has to absorb that and export more.

“While we cannot say how many [facilities] will ultimately be built, a handful are already permitted and under construction,” Jamani said. “The cost basis of North American producers will make them cost-advantaged to most regions of the world and lead to opportunities to sell production that is excess to the North American demand globally. We look forward to 2016, when we expect to be the first producer to start up a new LLDPE plant in the US or Canada.”