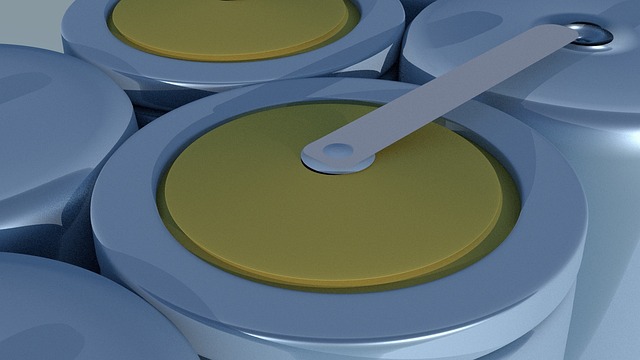 Detail of a lithium-ion battery. Fluoropolymers are used for multiple application including in lithium-ion batteries, electronics, and as components of equipment to obtain renewable energies. Image courtesy of Dean Simone, Pixabay.

The American Chemistry Council, an organization that groups petrochemical producers, published on Jan 18, 2023 a report to advocate for modern PFAS (per- and polyfluoroalkyl) as safe, as well as to criticize a report related to water pollution with the substances.

“Today’s PFAS chemistries have been subject to rigorous review by regulators before being introduced into commerce,” the organization said.

“It is important for news outlets to make it clear that all PFAS chemistries are not the same (…) In fact, renewable energy, electronics, health care, transportation and air travel all rely on a particular category of fluorinated chemistries (fluoropolymers) that are of low concern to health and the environment (…),” the ACC added.

“PFOS and PFOA, two types of PFAS, were voluntarily phased out of production and use by leading manufacturers in the chemical industry,” the association said.

“There is disagreement on the health effects of these chemistries by the regulatory community,” it added.

“Levels of PFOS found in humans have dropped by more than 85% since 1999, according to the U.S. Centers for Disease Control and Prevention,” it said.

The American Chemistry Council also published a link to a December publication related to PFAS detected in the environment titled: “Locally caught freshwater fish across the United States are likely a significant source of exposure to PFOS and other per-fluorinated compounds.”

The ACC press release said that the publication painted an inaccurate picture yet was generating several news reports and that it wanted to provide its own information on PFAS.

“The manufacturers of PFAS chemistries are employing practices and technologies to minimize environmental emissions, and they continue to research and innovate waste management practices, which would allow potential end-of-life issues to be managed,” it said.

On Jan. 2021 DuPont, Chemours, and Cortiva reached an accord to split $4 billion in expenses to face potential liabilities over PFAS chemicals.

Also in 2021, the chemical industry reported concern about initiatives related to possible new taxes to help pay for remediation work in Superfund sites, or heavily polluted areas in need of very costly and time consuming clean-up. Some of those so-called Superfund sites are related to contamination with some types of PFAS.

On Aug. 26, 2022 the U.S. Environmental Protection agency announced it was going to propose the “designation of certain PFAS chemicals as hazardous substances.”

The EPA said that “to protect people and communities from the health risks posed by certain PFAS, also known as ´forever chemicals,´ EPA is proposing to designate two of the most widely used per- and polyfluoroalkyl substances (PFAS) as hazardous substances under the Comprehensive Environmental Response, Compensation, and Liability Act.”

“This rulemaking would increase transparency around releases of these harmful chemicals and help to hold polluters accountable for cleaning up their contamination,” the EPA said at the time.

Actions taken by the EPA in the past, in relation to PFAS, have included the release of drinking water health advisories for four PFAS and the first Toxic Substances Control Act PFAS test order under the National PFAS Testing Strategy, according to the release.

Braskem announces evaluations of project to produce bio-polymers in U.S.

Braskem, the biggest petrochemical company in Latin America and also the main producer of polypropylene in North America, announced on Jan. 17, 2023 a project to produce bio-polymers with ethanol in the U.S.A.

Braskem said it will produce polypropylene from “a renewable source with negative carbon impact in the United States,” according to a release. Braskem owns five production facilities in the U.S, , all of them either on northern East Coast or in the U.S. Gulf Coast.

“The project will evaluate the use of a pre-existing asset from polypropylene and use proprietary technology” to turn bio-ethanol into polypropylene, it added.

Braskem said it is exploring opportunities for partnerships for this project with several clients, companies and providers.

“The project seeks to first produce polypropylene that is bio-based at a world industrial scale to support the sustainability projects of Braskem to provide tangible solutions for their clients,” Braskem said.

The project is aligned with company projects to become carbon neutral by 2050, diversify its base of raw meterials, and expand its industrial presence. Braskem also wants to “strengthen its global leadership in biopolymers,” it said.

“The execution of investment is subject to the conclusion of studies related to the above mentioned projects and to the approval by the competent government organizations,” Braskem said.

Braskem will keep the market informed with updates as it progresses to any investment decision, it said.

Braskem has production capacity for polypropylene in North America and Brazil. It owns polyethylene capacity in Brazil and Mexico through Braskem Idesa, the biggest polyethylene manufacturer in Mexico.

The chemical production of Mexico reached a total of 886,743 tonnes, or a 4.4% increase from the previous month, the Mexican chemical association known as Aniq, for its Spanish acronym, tweeted on Jan 18.

That reported volume is lower than the 935,034 tonnes of chemicals produced in Mexico in August, as reported also by Aniq on Nov. 15, 2022. Aniq stands for the National Association for the Chemical Industry.

The accumulated production of chemicals in Mexico during the first ten months of the year was 886,743 tonnes, it said.

Most of the plastic resin consumed in the country is imported.