The unconventional oil and gas boom has shaken up energy markets in the Americas. Despite layoffs at a few Majors announced recently and the oil crisis, the labor shortage for skilled workers remains. EPCs and operators must come up with a training strategy to complete petrochemical construction projects. 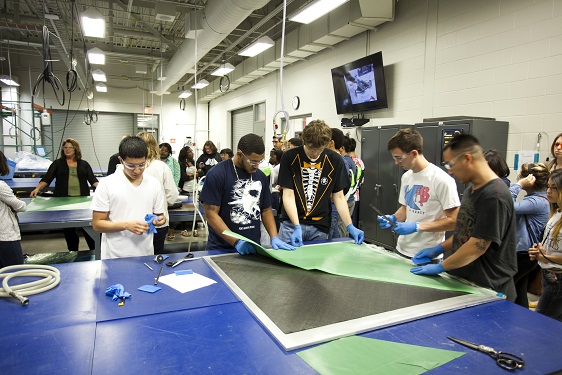 Marathon Oil said in February it would lay off about 10% of its workforce, as the company looks to cut costs amid falling commodity prices. The Houston-based independent driller said it would eliminate between 350 to 400 jobs, mostly in the US and weighted to above-the-field and support services personnel as of the end of 2014.

In January, Apache said it would cut about less than 5% of its 5,000 employees across the globe. ConocoPhillips, the largest independent driller, followed when it told employees to expect a pay freeze and layoffs in the future.

Despite the layoffs, which are largely at the corporate level, the labor shortage for craft workers such as welders, pipe fitters, carpenters, scaffold builders, and construction hands is still strong.

Roger Blackburn, an executive with Infinity Construction in Deer Park, Texas estimates the shortage to be as follows just for ongoing projects and projects already announced in the Texas and Louisiana area.

Shortage of skilled laborers in US Gulf Coast

“There is a steady continual announcement of jobs within the areas of the Gulf Coast Regions of Texas and Louisiana. With the coming of the FLNG build out, the announcement of a new Ammonia Plant (BASF and Yara project in Freeport, Texas), and the movement of jobs already within our areas, there is a need to be concerned,” Blackburn said.

Even with the oil crisis, skilled laborers are still in short supply and competition to get a fully trained staff for projects is bigger than ever.
“Shale Gas (projects) has slowed some due to pricing of oil; but it has not stopped the projects that were already in the go mode and or had already started,” Blackburn said “With the industry on the move, it has put some stress on the labor issues within our areas. We are beginning to see wage difference, movement of men from company to company and; companies within our area already offering fringes to help maintain employees.”

Training staff for a project

Project managers are finding that they have to hire both fully trained and part time staff, and work on training the entry level employees during the project.

For projects to operate optimally, 70-80% of the workforce needs to be journey-level, according to the Louisiana Workforce Commission.
The Manufacturing Institute is one program for growing the talent base within a project.

“When we survey the industry, we find that the greatest pain point for most companies is in middle-skills positions that require some postsecondary training but not necessarily a two-or four-year degree,” said Brent Weil of The Manufacturing Institute.

To grow these positions, The Manufacturing Institute recommends the National Career Readiness Certificate by ACT for its assessment of reading for information, applied mathematics, and locating information such as reading blueprints and charts.

There are 13 other certification organizations endorsed by The Manufacturing Institute in areas including machining, welding, and fabrication. Another organization that has met some of the training needs for process technology is the North American Process Technology Alliance.

Training when additional certifications are needed

The National Center for Construction Education and Research (NCCER) for testing and certification is an important part of the training and staffing plan.

This progressive program has evolved into curricula for more than 60 craft areas and a series of more than 70 assessments offered in over 4,000 NCCER-accredited training and assessment locations across the US.

More community colleges, especially along the US Gulf Coast are offering programs for those skilled positions which require a two-year degree or certification.

Houston Community College, working closely with the energy industry, has tailored courses for the local employers looking to fill a staffing model in the petrochemical industry.

Future of petrochemical construction projects in the US Gulf

Without sufficient skilled labor, projects are likely to be delayed or even cancelled. Creating a training plan as staffing models are built is essential to success, industry executives said.

“If you add all the gas-based projects together, you could have 100,000 craft workers needed just in Texas and Louisiana,” Thomas M. Jones, an executive at Bechtel, said while speaking at the North American Gas to Liquids Forum. “The sustainable number that can be put into the field is between 40,000 and 60,000, so you just cannot see all of these projects going forward.”