After decade-long efforts to curb down on single-use plastics resulted this year in a wave of plastic bag bans, it took only weeks for Covid-19 to change that course. Now oil prices could slow recycling efforts at a time when environment concerns are set to scale down the priority list. 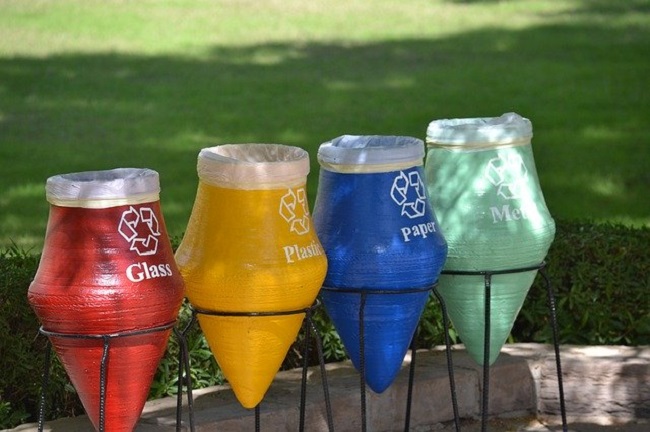 This comes after fears that reusable bags may raise Covid-19 risks in stores stopped several bans while the pandemic helped justify production hikes of single-use plastics. In this context, converters have moved aggressively to seize the opportunity to make the case for more plastic.

Following years of lost prestige amid reports of ocean and river pollution, Covid-19 helped petrochemical producers by increasing demand for disinfectants, as well as plastics for packaging, masks and medical vests.

“All these things are highlighting the role that plastic can play in society and the many uses,” said by telephone Patrick Kirby, olefins analyst at Wood MacKenzie, a consultancy that covers chemicals and energy.

“The corona virus adds another dimension of complexity to that around this debate of the role of single-use plastics,” he said.

“Over the last couple of years, maybe over the last three to four years, there has been this real traction behind a global trend of using less and recycling more, with control in the amount of waste that is put into the environment,” Kirby said.

But now, as crude oil plunged following the spread of the coronavirus, the impact on recycling will be felt.

“As you lower the oil price you also generally lower the cost of production for new or virgin material relative to recycled material so there can be an economic challenge for those processed goods with oil prices at the low levels that they are today,” Kirby added.

“Clearly recycling is fairly a manually intensive process as well. It needs to be collected, sorted, all of those things to get it back into the supply chain and that’s also a challenge through social distance measures at the moment, people staying indoors more and the control of the virus itself,” he added.

“There is more caution now around what you put on your waste as well as where that waste ends up, whether it’s tissues or anything like that,” he said.

“So my sense is there is going to be some slowdown to the development of this trend. It doesn’t necessarily mean that the trend will disappear but (it) lost a significant traction and it may alter the course of this trend over the next 20 years,” he added.

State and city officials in areas including Ohio, Maine and New York have reversed or delayed decisions to ban single-use plastic bags.

California on April 23 suspended for two months a bag ban enacted on 2016. Starbucks banned in March any non-single-use cups.

“Reversal of bag bans on the West Coast, on the East Coast, those could stay for a while,” said Bhavesh Patel, CEO at LyondellBasell, during the first quarter earnings conference call on May 1.

“I think what people are realizing is that there are very significant hygienic benefits to plastics, and that single-use has benefits,” he added, according to a Motley Fool transcript.

“We do see some structural benefits, I think, accruing to both polyethylene and polypropylene for some time given what's happened,” Patel said.

“Single-use plastics can literally be the difference between life and death,” said the Plastics Industry Association (PIA) President and CEO Tony Radoszewsky, according to a March 20 press release.

“Plastics play a vital role in many other areas such as protecting our food,” he said.

“Also, single-use plastic bags provide a sanitary and convenient way to carry our groceries home while protecting supermarket employees and customers from whatever is lurking on reusable bags,” he added.

American media Politico published a copy of a letter written on March 18 by Radoszewsky and addressed to the U.S. Department of Health and Human Services (DHHS) where it asked the agency to recognize the need for plastic to preserve health.

The DDHS should help “stop the rush to ban these products by environmentalists and elected officials,” it said.

“The key thing that we have to remember that won't change is that the challenge of plastic waste still remains,” Patel added.

“And I think as an industry, the focus on plastic waste, addressing recycling, increasing capture of waste before it gets in the environment, that's something that we should continue our focus on as an industry,” he said.

Yet for most people, environmental concerns may become less of a priority given the current environment.

“Many individuals around the world now will be now focused on bigger challenges than they were just three to six months ago,” Kirby said.

The unemployment rate as of the end of the first week of May was 14.7%, the worst figure since the country’s Great Depression almost a century earlier.

“When the economy is doing well, when people feel good about their life in the future, then you tend to focus more on things like the environment and long-term sustainability,” Kirby said.

“When the economy contracts and unemployment rises, there is a more challenging economic situation for people in their households, then this trend will slip down the priority list as well,” he added.